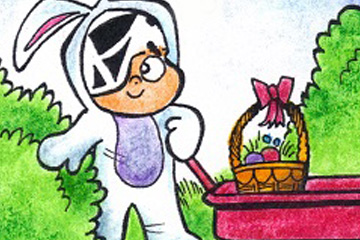 In the latest edition of Small Saves, our diminutive hero gets into the Easter spirit… with surprising results. 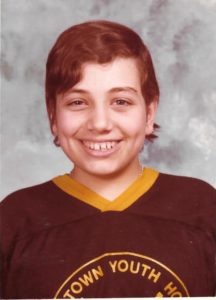 Story Behind the Photo

The story behind the photo. Everyone has a photo that has a story behind it… and this is no different. See, as a young netminder, I wanted everyone to know I was a goalie. The hockey pics and team photos just were not enough. School picture day was around the corner and I saw it as another opportunity to show the world that I played hockey.

I had many goalie trading cards. In one photo, a close-up of a netminder (his pic was taken just after the game) showed his hair all matted down from sweating under a mask. Aha! That’s the look I’ll go for!! So, on picture day, I snuck my hockey jersey to school. (I played for Watertown Youth Hockey) I went into the bathroom and took off my dress shirt my parents had bought just for the photo session and donned my jersey. The teachers didn’t say anything, but I did get some puzzled looks. The kids who were in my class said I was so lucky that my parents let me go to school in my hockey jersey. a few hours after school had started our class was called to take pictures. I snuck out of line and dashed for the bathroom. There I wet my hair down in the sink. When they handed out combs, I made sure my hair was as flat as the goalies in the bubble gum card. (see, I had curly hair). So, the photo was taken, and the rest is history.

Oh, how did my parents react when they saw the pic? Yeah, just as you would imagine. Lots of trouble.

So, when people ask me “Are you like Small Saves?” Well……… let’s just say some of his antics are based on actual experiences. 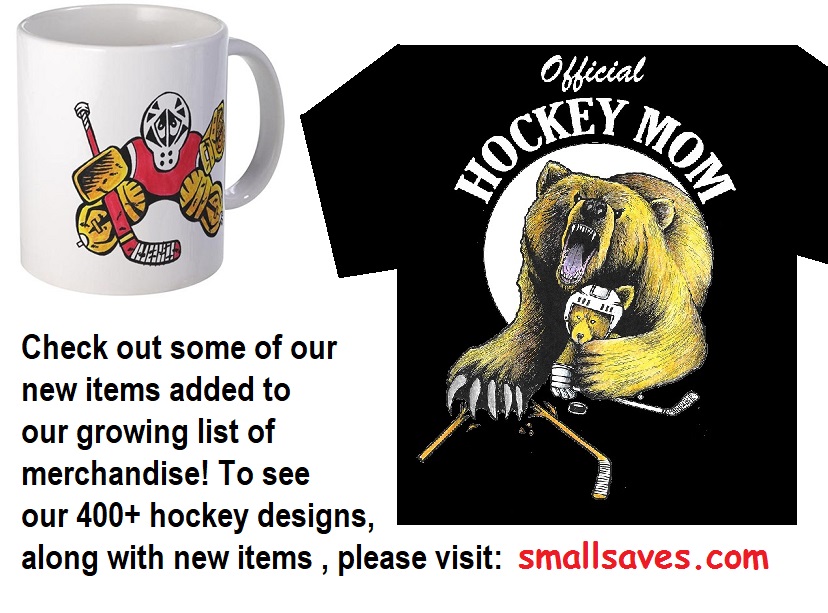