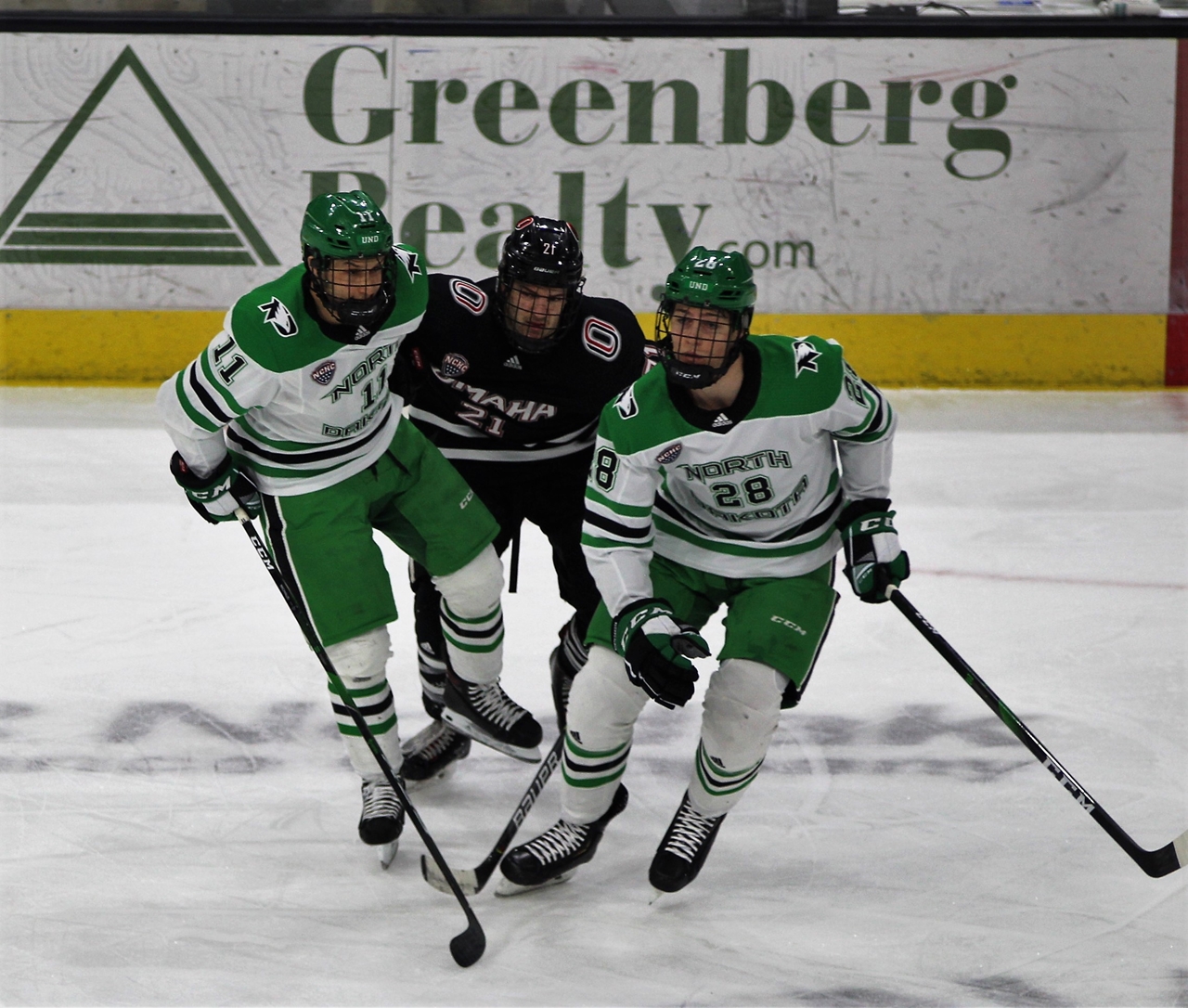 Grand Forks, ND – All good things must come to an end. With that said, not all is lost. The sun will come up on Saturday. Metaphorically speaking.

For the second time in the last three games, the University of North Dakota gave up the game’s first goal, in the first minute of play. This time, Omaha forward Taylor Ward scored 49 seconds in. At the 03:22 mark of the first period, Fighting Hawks forward Mark Senden would tie the game with his third goal of the season.

The game wasn’t tied for long. At the 04:56 mark of the first period, the Mavericks would take the lead for good with a goal from sophomore forward Chase Primeau. It wasn’t the start the Hawks wanted. The Mavericks put the first two shots on goal in the Hawks net.

Entering Friday’s game, UND hasn’t lost a game since the 19th of October. On Friday, UND found themselves on the short end of a 6-3 hockey game. With the loss, the Hawks impressive 15-game unbeaten streak came to an end.

In the end, it just wasn’t UND’s night. The Hawks were a step slow all night long. While the Hawks limited the Mavericks to 13 shots on goal, six of those shots dented the twine. For those that aren’t good at math, the Mavericks scored on 46 percent of the shots they put on the UND net. UND goalie Adam Scheel game up four goals on 11 shots. While Scheel wasn’t his sharpest, head coach Brad Berry didn’t fault his goalie for the loss. It’s a team game.

“Adam has been a rock all year,” Berry said. “He’s been outstanding and tonight he didn’t play his game probably that he thought he would. In saying that, we didn’t as a team either. It’s a team game and we have to be better tomorrow in all those areas. We made it difficult on ourselves tonight.

There’s no panic in the Hawks dressing room. Sometimes a game like this helps a team regain their focus.

“I thought it was a good break,” captain Colton Poolman said. “We got time off. Some players had to keep playing hockey and stuff, but definitely grabs you a little bit and shakes you back. You got to hate that feeling of losing almost more than you want to win sometimes. We get a little bit of kick in the butt, and get some sense back into us, (we have to) be better tomorrow again.”

Sophomore forward Jasper Weatherby scored his seventh goal of the year. A career-high for him.

“We know we can get on their D and get to the net more,” Jasper Weatherby said. “Obviously, they have big defenseman but that’s no excuse. We’re fast, we’re strong too.”