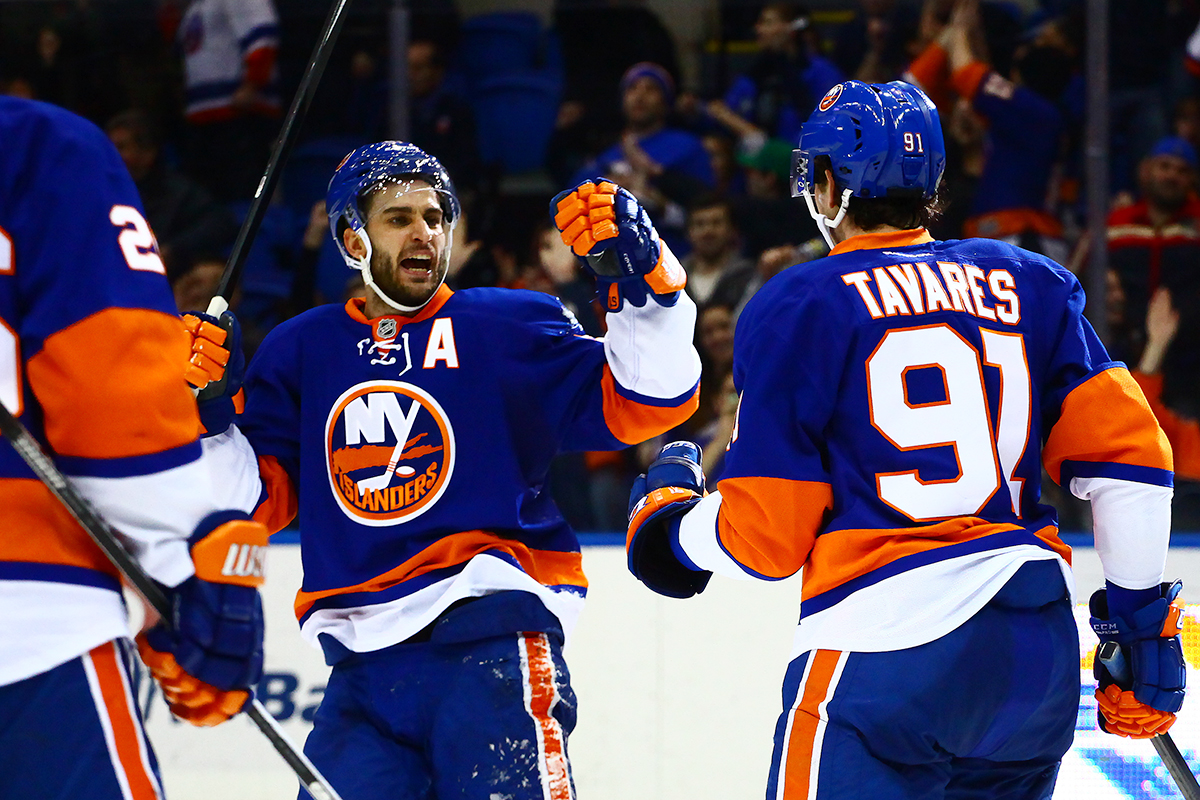 Six Keys for the Islanders to Beat the Capitals

The New York Islanders and Washington Capitals both finished the regular season with 101 points. This opening-round series promises to be a tough battle between two very evenly matched teams.

During the regular season, the two teams split four games. Both of the Isles’ wins came in overtime while one of Washington’s victories came in a shootout.

Here are the six biggest keys for the Islanders to beat the Capitals in this series:

Simply put, Alexander Ovechkin is the most dangerous goal scorer in the NHL. He led the league in goals scored this year with 53, the sixth time in his career he has scored at least 50 in a season.

It will be nearly impossible for the Isles to shut down Ovechkin and his pinpoint passing center Nicklas Backstrom, but the Isles can slow him down. If they limit the number of quality chances “The Great Eight” gets, they can prevent him from dominating the series and beating them single-handedly.

The goal should be to hold Ovechkin to three goals or less if the series goes seven games. It certainly won’t be easy, especially if Travis Hamonic misses significant time in this series, but the Isles won’t win if Ovechkin is the most dominant player on the ice.

2. Stay Out of the Penalty Box and Limit the Caps Power Play:

The Caps had the NHL’s best power play with a 25.3 percent success rate. Ovechkin led the way with 25 power-play goals, but 12 different players scored at least once on the power play for Washington.

The Islanders penalty kill was just 26th in the league, but that was after a late-season improvement that lifted them out of dead last. Ovechkin loves to set up at the left circle and has a deadly one-timer from there. The Isles can’t let him get open and comfortable in his favorite spot.

Again, the Isles don’t have to completely shut down the Caps’ power play, just prevent it from being a major factor in this series. The best way to do that is to minimize the number of chances Washington gets with the man advantage.

3. Halak Has to at Least Equal Holtby:

Jaroslav Halak was a difference-maker for the Isles this season and his presence vastly improved the team’s goaltending over what it was a year ago.

But Halak faded down the stretch after a strong start and the Isles finished 23rd in the league in goals against. Halak’s final statistics were pretty average, a 2.43 GAA and a .914 save percentage to go along with 38 wins.

Halak needs to at least approach the more consistent form he showed in the first half of the season for the Isles to go on a long playoff run this spring.

Braden Holtby was a workhorse for the Capitals this season, appearing in a league-leading 73 games this season. Holtby finished with a .923 save percentage, 41 wins and a 2.22 GAA.

Halak did lead the Montreal Canadiens to the Eastern Conference Final back in 2010 and stole a few games in the process, but based on regular-season performances, Holtby is more likely to steal a game for his team in this series.

The Isles don’t need Halak to be flawless, but he can’t let in goals in the final minute of a period or let in the soft goal that deflates his team.

If Halak plays as well as Holtby, that will be enough to give the Islanders a good chance to win this series.

4. Get the Puck Out of Their Own Zone Efficiently…and Do it For 60 minutes (or more):

When the Islanders struggled, one of their biggest problems was an inability to clear the puck out of their own zones. Costly giveaways and extended zone time for the opposing offense cost the Isles more than a few games down the stretch. It cannot happen again in the playoffs.

If Travis Hamonic is not available for part or all of this series, this challenge becomes even tougher for the Isles. Hamonic is responsible in his own end and smart with the puck. Players like Calvin de Haan, Thomas Hickey, Griffin Reinhart, Brian Strait or Matt Donovan will have to step up and play bigger roles than usual, stay smart and keep it simple.

In a related matter, the Isles can’t play a 55-minute game and expect to get away with it in the postseason. Good teams take advantage of those five-minute letdowns and make opponents pay.

During the playoffs, coaches match lines and develop strategies to limit opponent’s top weapons. Expect the Isles to try to slow down Ovechkin and the Caps to try to contain John Tavares. Often, it’s the second and third line players who have to provide enough scoring to lead their team to victory over a seven-game series.

Nelson and Strome were much more productive in the first half of the season than they were down the stretch while Nielsen is playing with nagging injuries. Still, these players need to find a way to outscore players like Marcus Johansson, Joel Ward, Eric Fehr and Troy Brouwer.

If the Islanders can get more secondary scoring than the Caps, they’ll have a big edge in this series and free up their top players for better scoring chances as the Washington coaching staff is forced to make adjustments.

6. Use Their Speed to Neutralize the Caps Size:

A quick scan of the Washington roster shows that they are a team with a lot of size as well as skill. In fact, no player on the roster page of the Capitals Web site is listed at less than six feet tall.

When the Islanders are playing their best, they are an up-tempo team that uses their speed to force opposing teams into mistakes. They need to play that style against Washington in order to control the tempo of the series and play to their strengths.

If the Islanders manage to do most of these things, they stand a good chance of beating the Caps and advancing to the second round of the playoffs against the winner of the Penguins-Rangers series.