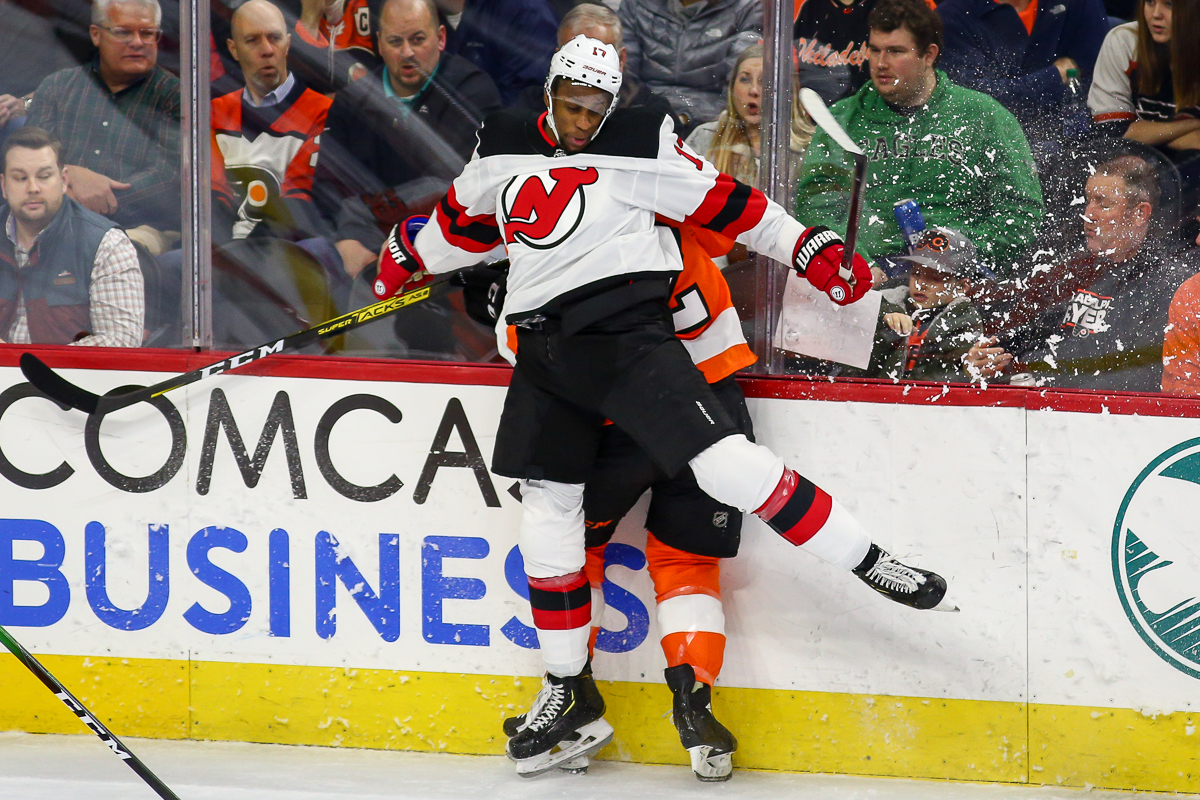 Wayne Simmonds, the Devils winger and pending unrestricted free agent, doesn’t score goals like he used to, but that doesn’t mean he won’t be a valuable add for a playoff contender.

But prior to Monday’s deadline it was the 66-point Sabres, below the division and wild card line, who made the move for the veteran winger.

Buffalo, who as of Sunday night were six points out of one of the Atlantic division spots and eight out of the Eastern Conference’s wild card, with three teams above them having games in hand, sent a conditional 2021 fifth round pick to New Jersey. The pick can become a fourth if Buffalo advances to the playoffs and Simmonds plays in 10 games.

At six-foot-two, 185 pounds, Simmonds can be a nice add to a team like Buffalo, who has a forward core largely consisted of under-25 year-old’s. He also has 44 playoff games on his roster to go with his 902 career regular season games. With the battle for the third spot in the division between two struggling teams in Florida and Toronto, this could be GM, Jason Botterill trying to spark his team for a push.

Though puzzling, the Devils will be happy to see it work out–as it would mean the potential of a sixth pick before the fifth round of the 2021 NHL Entry Draft