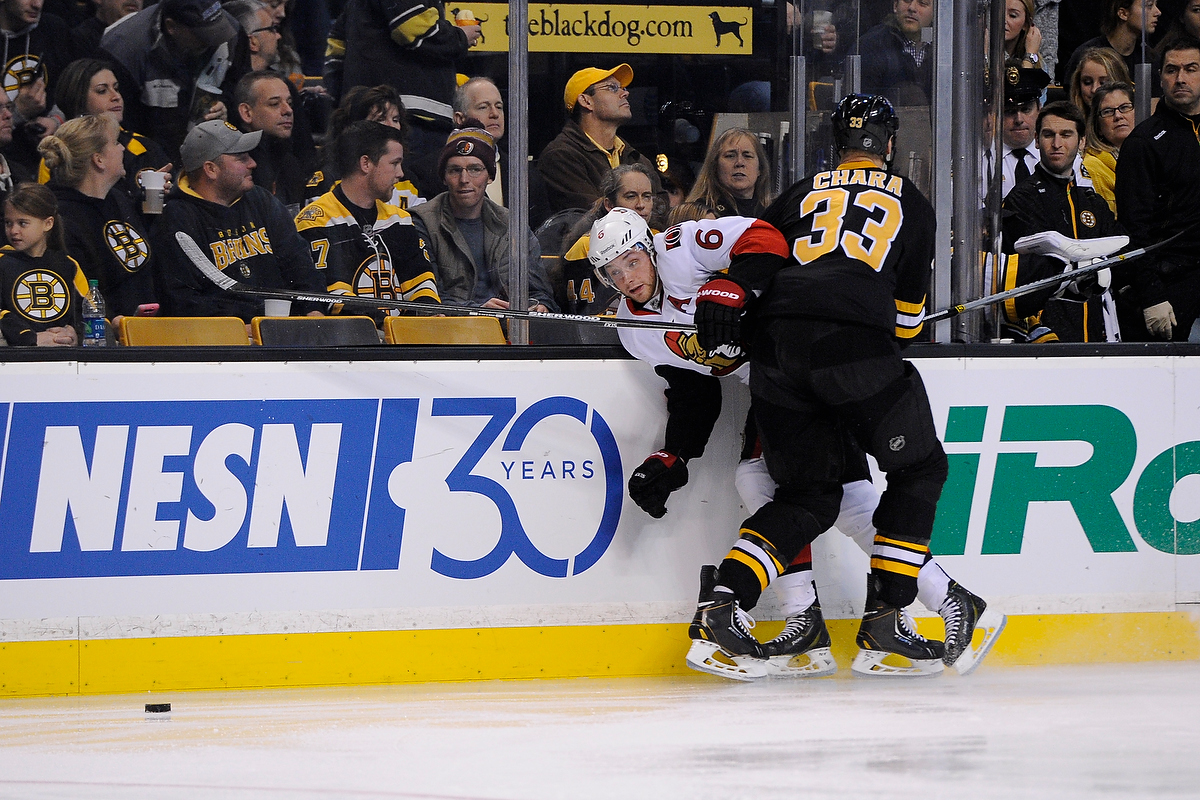 Should Bruins Trade the Captain?

Just the thought alone seems blasphemous: Why would the Bruins part ways with their captain, franchise player, and gentle giant? It cannot possibly make sense, right?

Anyway, let’s start from the beginning.

Zdeno Chara was signed as a free agent during the 2006-07 offseason as part of a blockbuster down period for the Bruins—they also signed Marc Savard during that summer.

Immediately dubbed captain and face of the franchise, Chara quickly became the impact defenseman the team was desperately seeking. Entering this season, Chara has posted 161 career goals to go along with 518 career points. Above all else, he is a Stanley Cup champion.

So with all of that being said, what is the problem? Why should the Bruins even contemplate trading him away? Believe it or not, it makes sense.

The issues that the B’s have up front have been well documented this season. Not only are they ranked 21st in the NHL in goals scored, but the injuries at the forward position have hindered the team from generating even a little stability.

Rumor has it that the Bruins are actively shopping for another forward. But due to the “cap jail” that they have put themselves in with some bad contracts, they need to sell off some big assets. Unfortunately, that term is meant both literally and figuratively.

Yes, Chara has had a poor statistical season (2 goals and 3 assists in 14 games played), but now is the time to trade him to get some real value in return. Coming off an MCL sprain, he could be advertised as an impact player who will make a full recovery and make a sub-par team relevant.

In fact, the Bruins have scored 31 goals and only allowed 25 goals in 19 games without the captain in the lineup this season. The team has managed to stay afloat without the 37-year-old blueliner for that brief amount of time. The question then becomes whether or not they can put all of that pressure on Dougie Hamilton to carry the team if Chara gets dealt.

No one is saying that Chara is expendable. That is absolutely not the case. When you need a top forward like Taylor Hall, T.J. Oshie, Patrick Sharp, or Jordan Eberle, giving up an asset like Chara could certainly seal the deal.

As the old adage says: You must give up something to get something in return. Do the Bruins have the fortitude to deal Big Z?