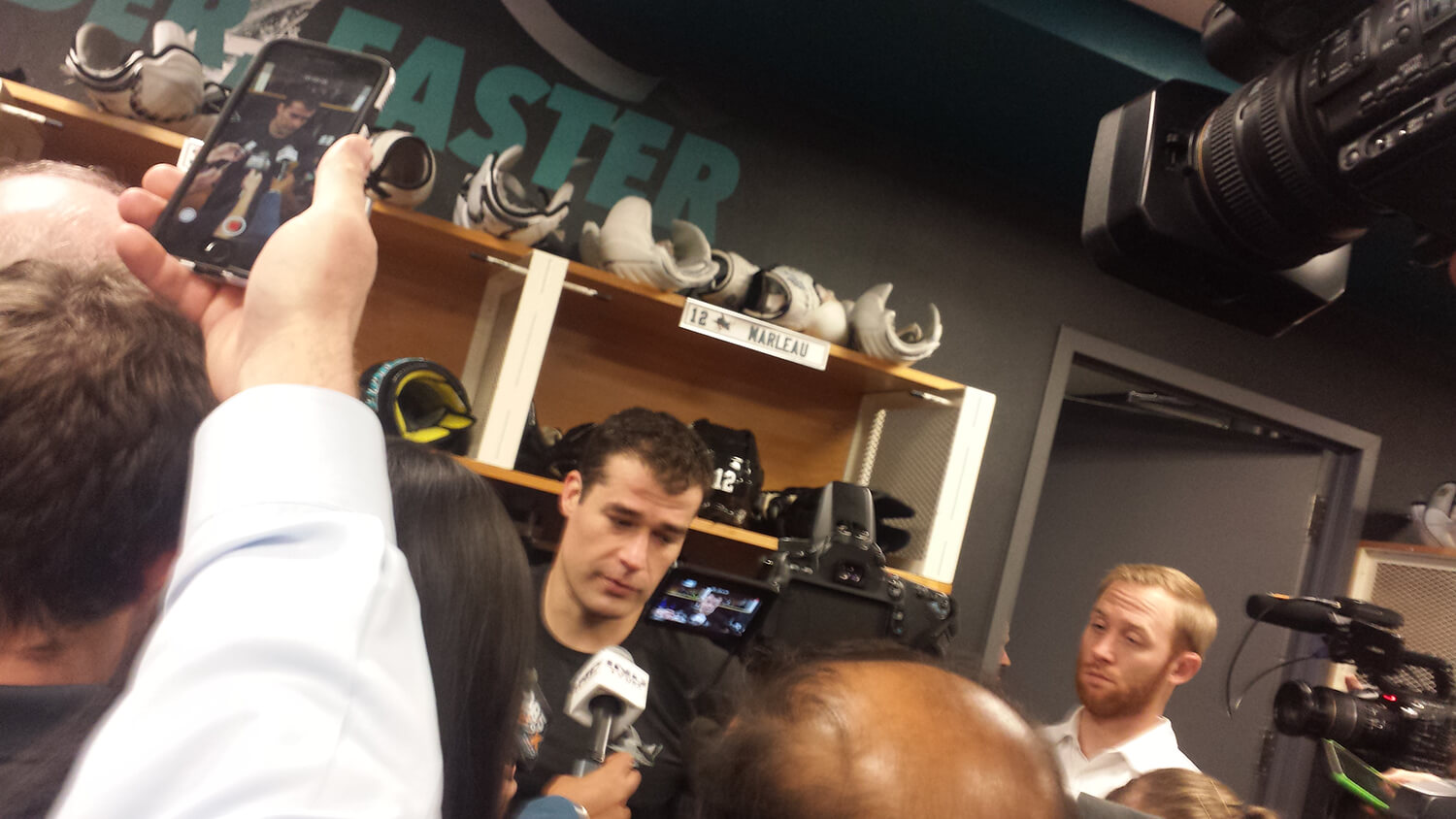 The Sharks played five games in the last week and their fatigue showed on the ice.

After taking a hit from Andreas Martinsen near the blue line at 8:09 of the first period, Joonas Donskoi left the game to be evaluated and never returned to action.

The Sharks did manage to play some good hockey as Brent Burns got a loose puck along the boards and fired a shot toward the net to beat Spencer Martin for his 20th of the season, lighting the lamp with one minute left in the period.

Shots were even at nine apiece, but the Sharks led the Avalanche 1-0 after 20 minutes.

A defensive lapse by the Sharks allowed the Avalanche to tie the score 1-1 at 9:58. It all started when Melker Karlsson went to the box for hooking at 11:08. Mikhail Grigorenko set up Jarome Iginla, who one-timed a slap shot past Martin Jones for his sixth of the season. Iginla became the fifth player in history to record 30 career goals against the Sharks.

There wasn’t a lot of action in the second period, but the Avalanche gained some momentum after scoring a power-play goal. Shots remained even at 13 apiece and the Sharks were lucky to head into the locker room with a 1-1 tie through 40 minutes.

Marleau stole the show in the third period by notching his fifth career hat trick and first since Nov. 20, 2011, in Denver.

The Sharks grabbed a 2-1 lead just 2:53 into the third period when Marleau tipped in a shot from Marc-Edouard Vlasic past Martin for his 13th of the season, snapping a seven game goalless drought, dating back to Jan. 7 against the Detroit Red Wings at SAP Center.

Marleau skated down the right wing and scored on a backhanded wraparound shot for his second of the game and 14th of the season to extend the Sharks’ lead to 3-1 at 14:03.

Marleau picked up a cross-ice pass from Joe Pavelski on a 2-on-1 rush, then fired a shot past Martin for his third of the game and 15th of the season to expand the Sharks’ lead to 4-1 at 9:25.

After a controversial goal stood, the Avalanche cut the Sharks’ lead in half at 8:03. Sharks head coach Peter DeBoer challenged the call on the ice claiming goaltender interference, but the call was overturned and Martinsen scored his second of the season on a long-range one-timer from the far side.

The Sharks seemed disappointed in the call, but Marleau gave his team something to smile about. Marleau rushed in on a breakaway, showed off his backhand and lifted the puck into the net to set a new Sharks record with four goals in the third period.

Matt Duchene didn’t play Monday due to an illness. The Avalanche were unable to call someone up to Colorado before the nationally televised game, so they relied on 17 skaters and two goalies.