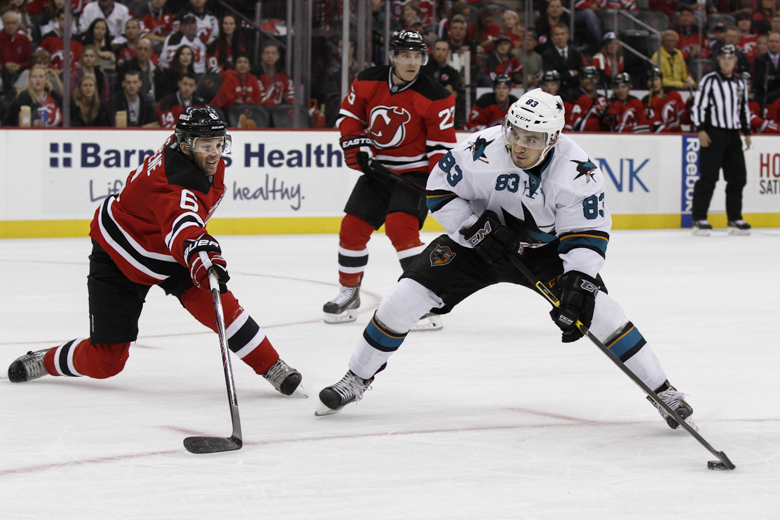 San Jose winger Matt Nieto takes the puck around New Jersey defensemen Andy Greene in a game on October 18, 2014 at the Prudential Center in Newark, NJ.

“Matt brings tremendous speed to our lineup and is someone that opposing teams must be aware of when he is on the ice,” Wilson told the media. “His quickness plays exactly into our team mentality and we feel that he played some of his most effective hockey down the stretch during our playoff run this past season.”

The 23-year-old has recorded 17 points (8 goals, 9 assists) and 10 penalty minutes in 67 games with the Sharks last season. His two short-handed goals led San Jose while he skated 1:12 on the penalty kill per game, ranking fifth amongst Sharks forwards. Nieto also added one goal and two assists in 16 playoff games with San Jose last season, while skating 1:02 per game on the penalty kill, ranking fifth amongst Sharks forwards.