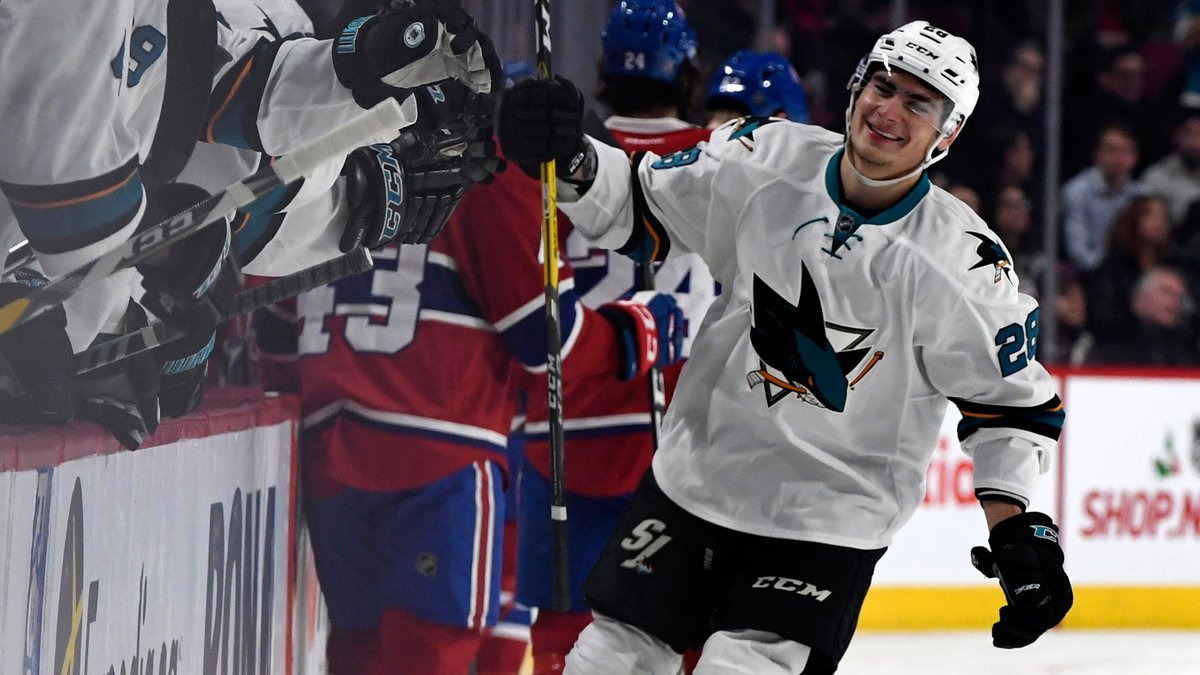 Timo Meier shined in his NHL debut as the San Jose Sharks beat the Montreal Canadiens 4-2 at Centre Bell on Friday night.

Logan Couture returned to the Sharks’ lineup after he was cross-checked in the back of the head by Mike Hoffman in Wednesday’s 4-3 win over the Ottawa Senators. The NHL disciplined Hoffman with a two-game suspension on Friday. They also announced Marc-Edouard Vlasic was fined $5,000.

The Sharks received a power play when Paul Byron was called for hooking. David Schlemko scored on a wrist shot from the left circle to get his team on the board 1-0 at 6:50 of the first period.

Joe Thornton stalled for a few seconds behind the net before spotting Patrick Marleau at the left doorstep. Marleau fired the puck past Canadiens goaltender Carey Price to give the Sharks a 2-0 lead at the 9:00 mark.

The Sharks just kept getting better. Meier knocked in a rebound past Price for his first NHL goal to extend the Sharks’ lead to 3-0 at 13:18.

The Sharks got off to a tremendous start as they went 2-for-4 on the power play, outshot the Canadiens 14-4 and built a 3-0 lead in the first 20 minutes.

On the fourth line shift, Melker Karlsson took a pass from Michael Haley and backhanded the puck into the net to make it a 4-0 Sharks at 6:44 of the second period.

Price was pulled after allowing four goals in the first 26 minutes and 44 seconds of the game. As Price walked off in disgust, the Montreal crowd showed off their misery with loud boos. Canadiens backup goaltender Al Montoya entered the game.

The Sharks carried a 4-0 lead to the dressing room through 40 minutes, outshooting the Canadiens 19-17.

Brian Flynn found a deflected puck in the left circle and quickly fired a wrist shot past Jones to ruin the Sharks’ shutout bid midway through the third period.

Just a little over three minutes later, Jeff Petry cut the Sharks’ lead in half by putting the puck in the back of the net from the point.

Jones made a excellent save to block Andrei Markov’s wrist shot with 24 seconds left in regulation. The Sharks extended their winning streak to four games with a 4-2 win over the Canadiens.

Up Next
The Sharks conclude their four-game road trip with a series finale against the Chicago Blackhawks at United Center on Sunday night. Game is set for 6:00 p.m. CST on CSCA, WGN.