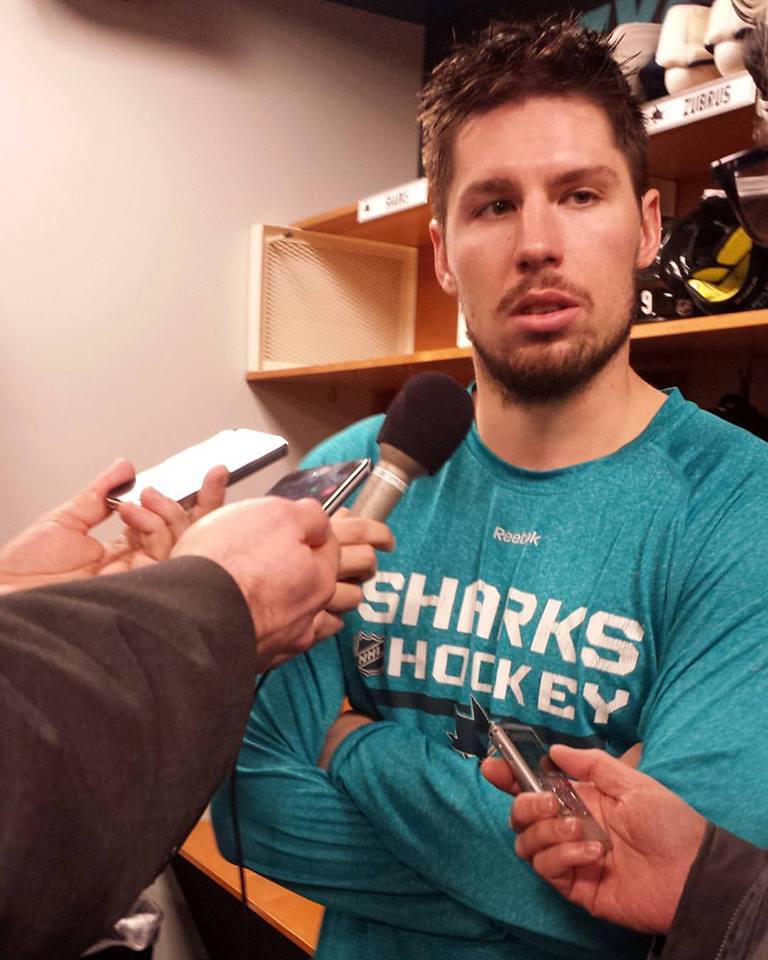 Sharks Lose in Nail-Biter Against Ducks

The San Jose Sharks tried to battle back, but ended up losing to the Anaheim Ducks 3-2 at SAP Center on Saturday night.

Just 55 seconds into the opening frame, Ducks forward Corey Perry was called for interference, and the Sharks went on their first power play of the night.

The Sharks took a 1-0 lead at 8:40. Logan Couture took a pass from Patrick Marleau and fired a wrist shot that went over the glove of Ducks goalie Jonathan Bernier for a power-play goal and his seventh of the year.

“I think it’s fine in here,” Couture said when asked about the overall energy level. “There were bodies in front of the net.”

The Ducks took a 2-1 lead on Rickard Rakell’s eighth goal of the year. Rakell flipped a backhand shot past Jones from in front after a Ryan Getzlaf pass into the slot trickled to him off Perry’s skate.

The Sharks outshot the Ducks 9-7 and led 2-1 after the first.

Ducks defenseman Hampus Lindholm was called for delaying the game with a puck over the glass at 7:57.

The Sharks’ fourth line generated a quality shift, which led to Labanc finding Dylan DeMelo in the right circle. DeMelo sent a slap shot past Bernier to tie the contest 2-2 at 9:43.

However, the Sharks’ comeback was short-lived. Ryan Getzlaf ended his scoring drought with a wrist shot that beat Jones and put the Ducks ahead 3-2 at 12:59.

Despite holding an 18-17 edge in shots, the Sharks trailed the Ducks 3-2 after two periods.

The Sharks applied some pressure in the final few minutes of play. Unfortunately, things didn’t work in their favor. The Ducks held on for a 3-2 victory.

Bernier finished with 21 saves in an Anaheim victory. Jones made 23 saves in a losing effort for San Jose.

The Sharks’ locker room expressed some frustration after the game.

“The puck went in,” Sharks captain Joe Pavelski said. “Sometimes you get those calls, but sometimes you don’t.”

Sharks head coach Peter DeBoer respected the controversial call after hearing from the officials that Brent Burns pushed Garbutt into the. However, DeBoer made it clear that collisions need to be prevented.

The Sharks close out their homestand on Tuesday against the Arizona Coyotes. Game is scheduled for 7:00 p.m. PST on CSCA,  FSAZ.