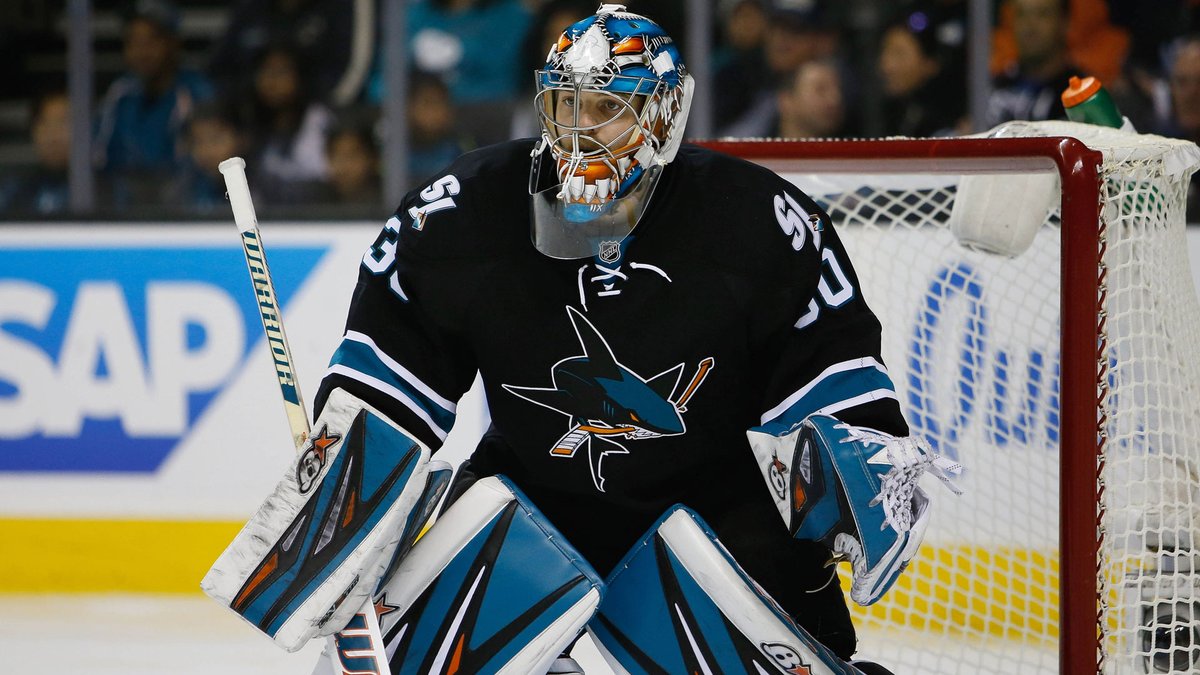 Sharks Hang On For 4-3 Win Over Jets

The San Jose Sharks headed into another West Side Story clash, visiting the MTS Centre and escaping with a 4-3 win over the Winnipeg Jets Tuesday night.

The Sharks didn’t yield a lot of shots, but they did allow a game-tying goal in the first period.

Brandon Tanev and the Jets didn’t get away with a too many men penalty, which allowed the Sharks to jump out to an early 1-0 lead in the first period. Brent Burns quickly capitalized on its two-man advantage by collecting a pass from Logan Couture and firing a one-timer from the top of the left circle past Ondrej Pavelec for a power-play goal and his fifth of the season.

However, the Sharks’ lead was short-lived as Bryan Little scored on a breakaway to tie the score 1-1 at 11:58. Little picked up a pass from Josh Morrissey, fought off Brenden Dillon, and slid a backhand under Aaron Dell’s pads for his 11th of the season.

The Jets held a 9-8 shot advantage over the Sharks, but these two teams were tied 1-1 after 20 minutes.

The second period opened with the Sharks grabbing the lead again with Couture’s 16th of the season. Mikkel Boedker grabbed the puck at the half boards and sent a centering pass to Couture, who tapped it in past Pavelec to put his team up 2-1 in just 27 seconds.

The game was tied once again after Andrew Copp picked up a pass from Blake Wheeler and unleashed a slap shot from the right circle that beat Dell short-side for his seventh of the season with 1:59 left in the period.

Desperate for the second wild card spot, the Jets took a 3-2 lead at the 16 minute mark of the third period. Little put home the rebound of a Morrissey shot, firing it top-shelf to beat Dell for his second of the game and 12th of the season.

But the Sharks weren’t drowning in their sorrows, waiting for the game to end. Melker Karlsson got a penalty shot and scored a short-handed goal for his sixth of the season, tying the score 3-3 at 9:37.

After Monday’s spectacular four-goal third period, Marleau leaped into Tuesday’s back-and-forth contest. Marleau buried a pass from Ryan Carpenter for the go-ahead goal and 17th of the season, tying Glenn Anderson for 45th place on the NHL’s all-time goals list with his 498th career tally.

The Jets hammered a loose puck, but it squeaked over the line and the officials said there was a quick whistle. After a coach’s challenge, the officials confirmed no goaltender interference infractions occurred and the play was ruled no goal.

While many members of the audience were disappointed in the final result, Dell passed a lot of tests and the Sharks (30-16-2) concluded their brief, two-game road trip with a 4-3 win over the Jets (22-24-4) for their sixth straight.

Dell finished with 31 saves for his second straight win.

Ondrej Pavelec made 22 saves in a losing effort.