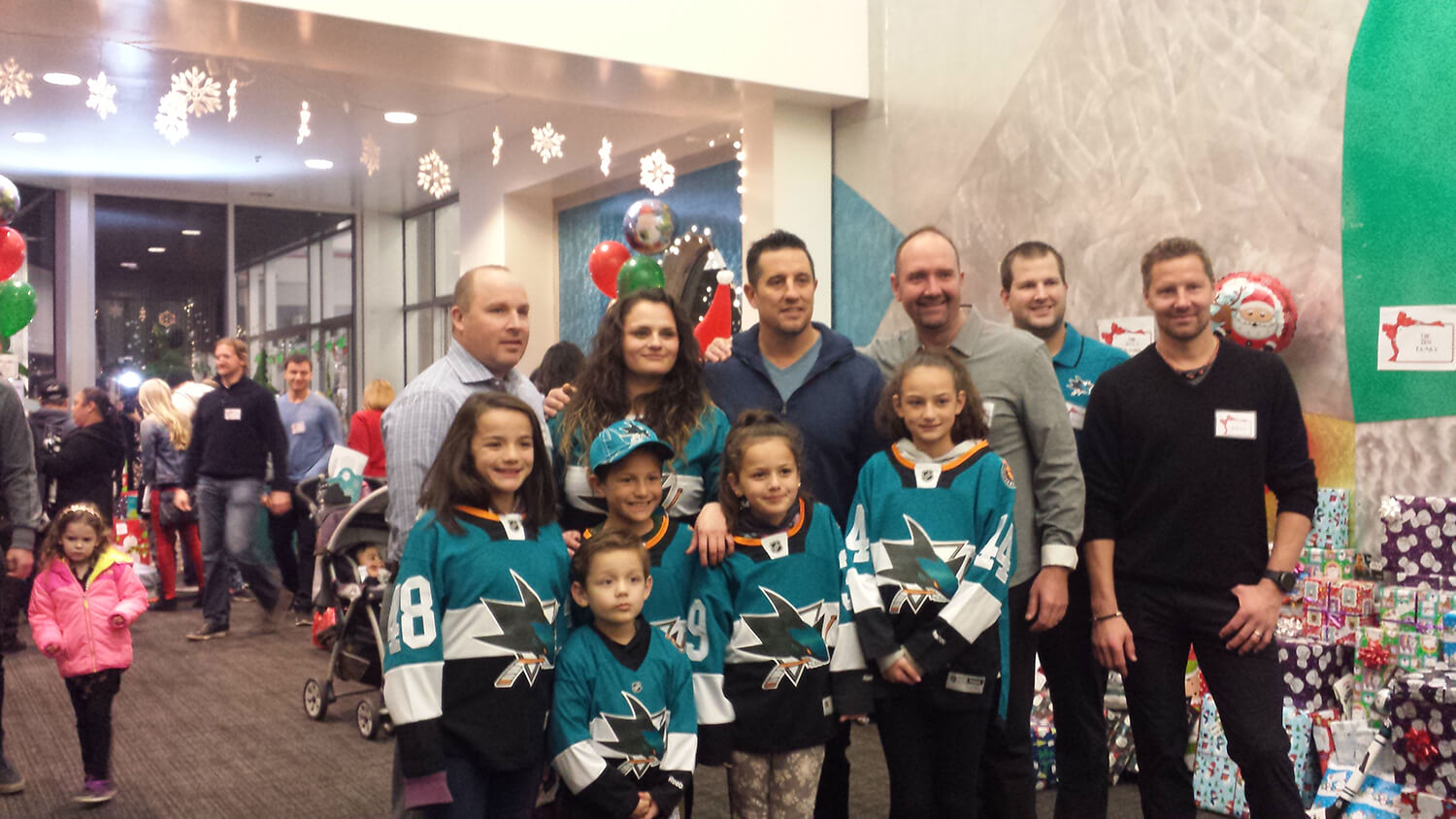 Sharks Give Back for the Holidays

The San Jose Sharks used their time off in a productive manner.

The Sharks will get another full weekend for the holidays. Since Christmas falls on a Sunday, San Jose will be off Dec. 24-26. They will play Dec. 27 in Anaheim.

After the relaxing weekend, the Sharks went back to work Monday. However, Sharks head coach Peter DeBoer was not present at the morning skate. Assistant coach Steve Spott took over DeBoer’s usual responsibilities.

The Sharks held another practice Tuesday. They called up Kevin Labanc from the Barracuda. As expected, Labanc practiced with the Sharks. Barracuda head coach Roy Sommer told the local media that Timo Meier missed out on practice because he was sick.

Besides that, there was another event.

The Sharks held their 16th annual holiday assist party in the late afternoon. Members of the Sharks organization, including players, coaches, broadcasters and members of the front office staff assisted 40 local, undeserving families in need.

Each family was treated to ice skating with S.J. Sharkie, cookie decorating and face painting. Brent Burns and his family provided the families with a no-cost hot meal. This special evening was concluded with a surprise holiday gift reveal with specific presents for each family based on their wish lists.

At my first Sharks holiday assist, I watched the 40 families open their presents. I could not believe the joy on all of their faces. The families also took pictures with the players and coaches. They have gone through so much. Of course they deserved it. Christmas is one of the happiest times of the year.

“My biggest joy is seeing the faces on the families as soon as they realize they’re getting gifts for the year,” Roberts said. “So we try to keep it a surprise until the very end of the event.”

The Sharks have a packed scheduled Wednesday as they have a morning skate at 11:00 a.m. before hosting the Ottawa Senators at 7:30 p.m.