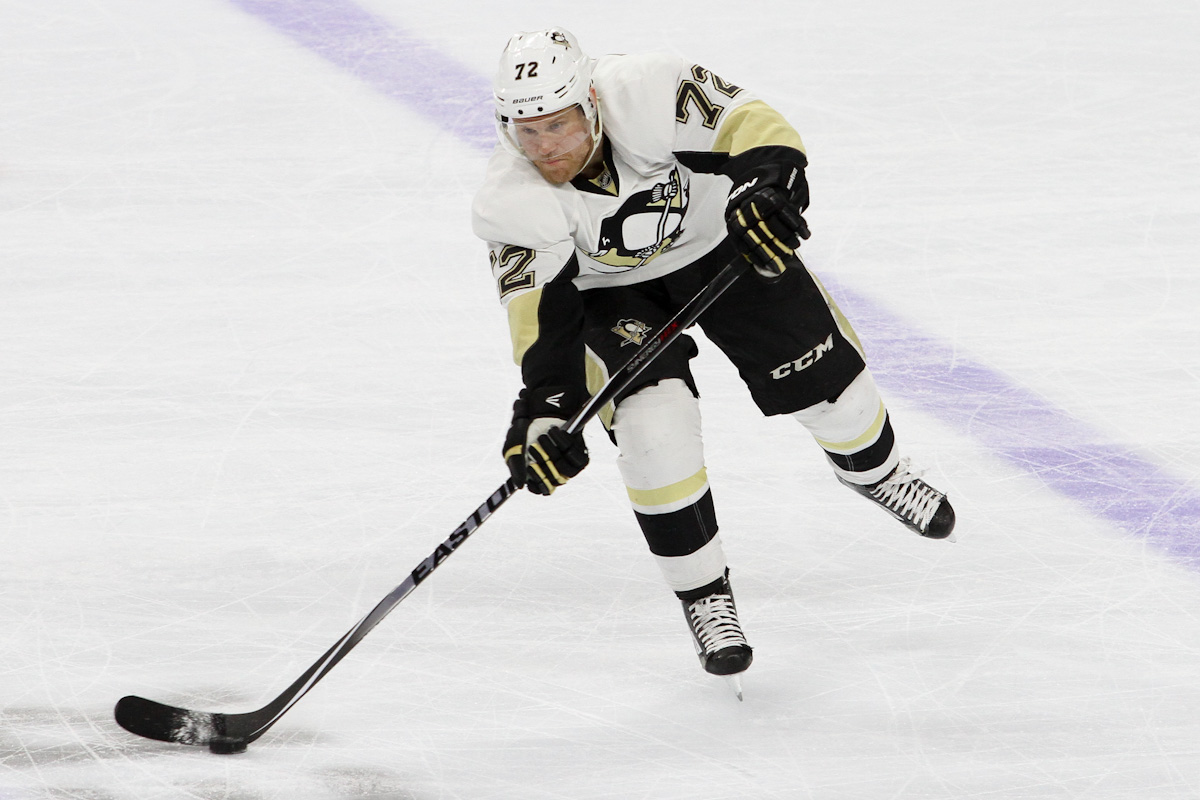 The Sharks were in Pittsburgh for a Stanley Cup Final rematch against the Penguins.

Both teams were given one penalty apiece, but the Sharks outshot the Penguins 10-6 in a scoreless first period.

Fleury stopped Joe Pavelski’s initial shot and then Tomas Hertl chipped in the rebound to give the Sharks a 1-0 lead at 5:04 of the second period.

Mikkel Boedker went to the box for holding Evgeni Malkin at 8:04. The Penguins sent the puck into the net, but it turned out to be a close call, and the officials said there was no power-play goal for Patric Hornqvist.

Patrick Marleau received a centering pass from Logan Couture and slipped the puck past Fleury’s pads to make it 2-0 Sharks with 3:45 left in the second.

The Sharks had a 2-0 lead over the Penguins after two periods.

The Penguins didn’t just even the contest, they took the lead against the defending Western Conference champion Sharks.

Malkin found a loose puck in the slot and fired it past Martin Jones to cut the deficit in half at 6:47 of the third period.

Scott Wilson grabbed the puck, sliced to the middle and slipped a backhander past Jones for the game-tying goal at 9:01.

Marc-Edouard Vlasic was called for slashing Bryan Rust at 12:54. Hornqvist smacked home a loose puck from the doorstep for a go-ahead power-play goal to put the Penguins up 3-2 at 14:02.

The Penguins held on for a 3-2 win at home against the Sharks on Thursday.

Marc-Andre Fleury made 32 saves in the Penguins’ 3-2 win. Martin Jones made 17 saves for the Sharks.

Up Next
The Sharks travel to Detroit to face the Red Wings on Saturday at 7:00 p.m. EST on CSCA, FSDT.