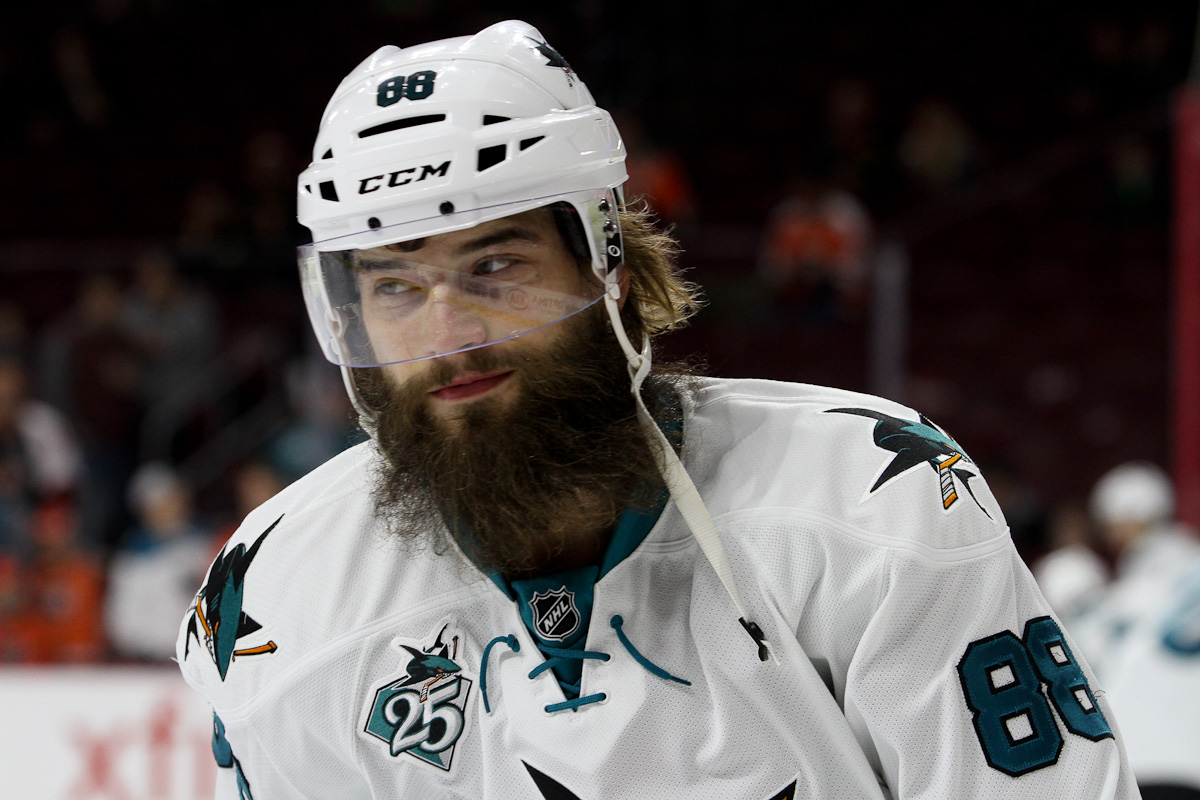 The Sharks opened the 2016-17 NHL regular season against the Kings at SAP Center on Wednesday night. San Jose has defeated Los Angeles in the previous two openers — 5-1 last season and 4-0 in 2014-15 — but both games were at Staples Center.

The Sharks had a pregame ceremony to raise their 2016 Western Conference Championship banner. Just like last year, the Shark Tank was ready to turn up in teal.

Mikka Boedker made his Sharks debut after being signed by San Jose as a free agent on July 1. In addition, forward Chris Tierney received an opportunity to center his own line in the middle of veteran wingers Patrick Marleau and Joel Ward.

Logan Couture was called for tripping just 33 seconds into the opening period and the Kings went on their first power play of the game. Tyler Toffoli sniped one top right from the short side past Martin Jones to give the Kings an early 1-0 lead at 1:22.

The Sharks went on their second power play of the game following Kyle Clifford’s two-minute penalty for interference on David Schlemko at 13:12. Couture used a wrist shot from the slot to beat Kings goalie Jonathan Quick, tying the game 1-1 with a power play goal at 14:05. There were some words exchanged after Couture’s goal, which led to two roughing penalties for Joe Pavelski and Jonathan Quick that was served by Dwight King.

Jake Muzzin was called for hooking just 11 seconds left in the second, which led the Sharks to their third power play of the game. San Jose controlled the last nine minutes, outshooting the Kings 9-1, but the score was tied 1-1 after 20 minutes.

While the Sharks’ power play was slated to continue in the second period, Quick suffered a lower body injury and was replaced by Jeff Zatkoff. San Jose outshot the Kings 22-14 and the game remained in a 1-1 deadlock after 40 minutes.

Brent Burns jumped on a loose puck in the slot and roofed it past Zatkoff for his first goal of the season, putting the Sharks ahead 2-1 at 3:20 of the third period. The Kings pulled Zatkoff for an extra attacker with one minute left in regulation.

The Sharks held on to earn a 2-1 win over the Kings on opening night. Martin Jones made 21 saves for San Jose. Jonathan Quick made 14 saves before being relieved by Jeff Zatkoff, who finished with 15 saves.

Up Next
The Sharks will head to Nationwide Arena to face the Columbus Blue Jackets on Saturday at 7:00 p.m. EST on CSNCA, FSOH.