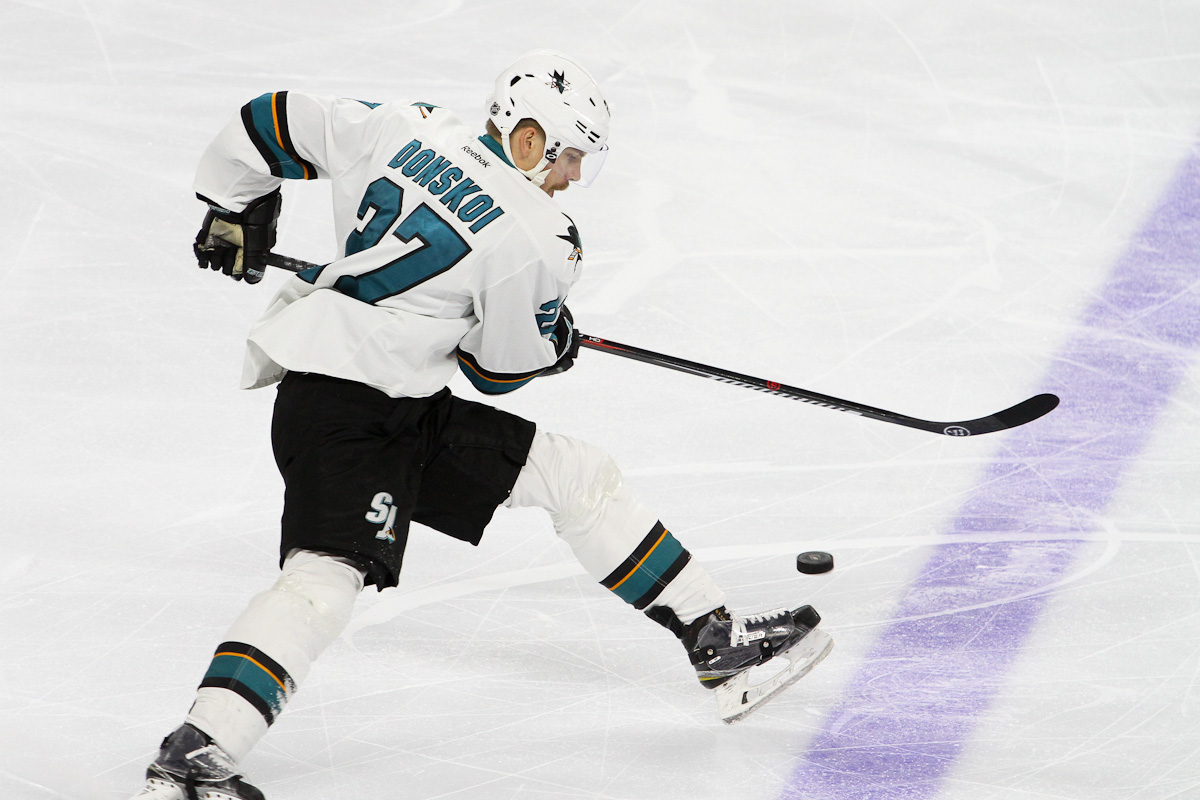 Sunday, March 20 is the first day of spring, which means warmer days and blossoming flowers. The Sharks are starting to heat up again. Coming off a huge 4-1 victory over the New York Rangers, San Jose continued its six-game homestand by hosting the Arizona Coyotes on Sunday night.

Shortly after a lackluster power play at 14:07 of the first, Arizona received their second power play. The Sharks committed a penalty as Patrick Marleau high-sticked Antoine Vermette at 15:29. San Jose killed off both penalties, including the Coyotes’ 5-on-3 man advantage.

The Sharks took a 1-0 lead with 1:32 left in the first. Joel Ward scored his 20th goal of the season. Brenden Dillon (7) and Joonas Donskoi provided the assists on Ward’s goal. San Jose outshot Arizona 13-7 after 20 minutes of play.

The Sharks committed their third penalty at 2:27 of the second. Brent Burns tripped Alex Tanguay. However, the Coyotes were unable to capitalize on their third power play of the game.
San Jose received a power play at 5:48 after Klas Dahlbeck was holding Donskoi.

Then, Boyd Gordon was charged with a holding penalty against Melker Karlsson. This time, San Jose took advantage of the power play, as Tomas Hertl scored his 18th goal of the season to give his team a 2-0 lead at 12:02. Donskoi (23) and Paul Martin (17) accounted for the assists on Hertl’s goal.

A two minute penalty was given to Nick Spaling as a result of interference towards Viktor Tikhonov. The Sharks didn’t benefit from the power play, but they outshot the Coyotes 22-18 after 40 minutes of play.

Connor Murphy was penalized for slashing Melker Karlsson at 13:10 of the third. San Jose went on the power play, but didn’t get the most out of it. Michael Stone was charged for hooking, allowing San Jose to go on their fifth power play of the game. Joe Pavelski scored an empty-net goal, leading the Sharks to a 3-0 shutout victory over the Coyotes at SAP Center. Brent Burns (39) and Joe Thornton (53) supplied the assists on Pavelski’s 34th goal of the season.

The Sharks outshot the Coyotes after 60 minutes of play.

Burns posted an assist to set a single-season Sharks record for most points by a defenseman, according to NHL Public Relations.

Sharks defenseman Marc-Edouard Vlasic is day-to-day and did not play Saturday because of a lower-body injury.

Sharks left wing Matt Nieto also missed the game after blocking a shot with his hand against the Coyotes. He is day-to-day.

Sharks center Logan Couture favored his right ankle after blocking a shot. He remained on the bench.

Coyotes defenseman Oliver Ekman-Larsson was out Sunday. He has missed the past five games because of a shoulder injury.

Up Next: Sharks host the St. Louis Blues Tuesday night at 7:30 pm PT on CSCA, FSMW.