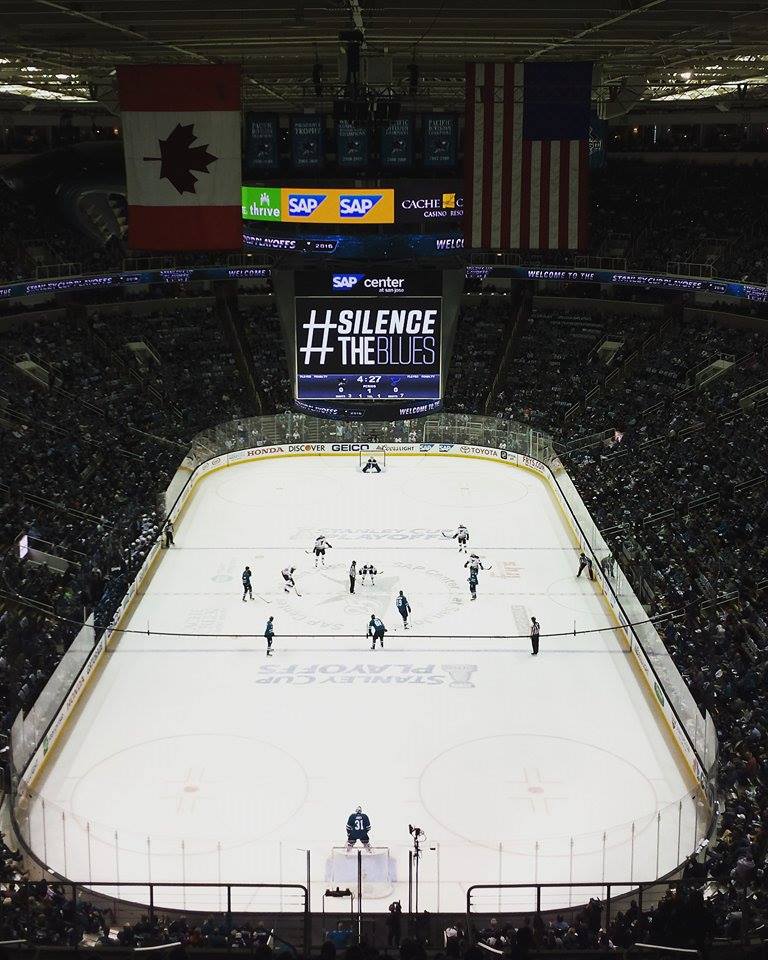 The Sharks will open their 2016-17 regular season schedule vs. Los Angeles on Oct. 12 with a nationally-broadcasted game on NBCSN, with radio coverage on the Sharks Radio Network kicking off that night.

CSN California will begin its coverage of Sharks hockey on Sat., Oct. 15, when the Sharks play their road opener against the Columbus Blue Jackets at 4:00 p.m. PDT.

Long-time play-by-play announcer Randy Hahn will once again serve as the voice for CSN California’s broadcasts. The eight-time Regional Emmy Award winner will be accompanied by former Sharks forward Jamie Baker. Drawing from his 10-year experience as a National Hockey League player, including three seasons with the Sharks (1993-96), Baker enters his third season as the Sharks television color analyst.

Returning for all Sharks home games this season is the “Inside The Glass” position on the Sharks bench, where Baker will provide viewers with an up-close-and-personal vantage point for Sharks broadcasts on CSN California.

CSN California’s Sharks Pregame Live will lead viewers right to the drop of the puck with a breakdown of the day’s matchup, analysis, and interviews with Sharks coaches and players. Immediately following Sharks games on CSN California, Sharks Postgame Live will provide in-depth game analysis, complete game highlights, a live look at coach Peter DeBoer’s press conference, interviews from the dressing room and player reaction, and a preview of the next game. The shows will be anchored by 13-time Regional Emmy Award winner Brodie Brazil and 12-year NHL veteran Curtis Brown, with additional analysis provided by Randy Hahn, Jamie Baker and Bret Hedican.

During the 2016-17 NHL season, tune into SportsNet Central for in-depth, comprehensive news coverage on the Sharks and the NHL, interviews with players and coaches, expert analysis, breaking local and national news, up-to-the-minute scores, local video highlights and daily insider reports. SportsNet Central is the place for local fans to turn seven nights a week with half-hour newscasts at 6 p.m., 10:30 p.m. and midnight on CSN Bay Area.

Each month of the 2016-17 NHL season, Sharks Central — a half-hour program hosted by Brodie Brazil — will give fans an inside look at the Sharks both on and off the ice.

CSN California brings back the popular Authentic Fan Thursday at the SAP Center for every Thursday home game during the regular season. The entire arena will receive a collector’s edition cheer card and one lucky fan will be the Authentic Fan of the Game. This fan will receive tickets to the game, a tour of the CSN satellite truck, and will be seen on the CSN telecast.

For approximately 24 hours following each game, CSN California’s Sharks telecasts will be available on XFINITY On Demand.

On the radio dial at 98.5 FM KFOX and the Sharks Radio Network, veteran radio play-by-play announcer Dan Rusanowsky will return for his 26th consecutive season as the “Voice of the Sharks.” Hedican, the former Stanley Cup champion also returns, and will call the majority of the team’s 82 games. Sharks alumnus and Stanley Cup champion David Maley will also join Rusanowsky on the Sharks radio network for select 2016-17 games.

All Sharks Radio Network game coverage begins with the popular 30-minute pre-game show, “Sharks Warm-Up,” followed by another popular segment, “Coach’s Chalkboard,” and the game broadcast.  Following the game, fans get a recap of the night’s action on the “Sharks Extra” post-game show.

Affiliate stations bring Sharks radio action throughout Northern California, with a full list of schedules available at www.sjsharksradio.net. Games are also available on SiriusXM satellite radio, smartphone apps such as the Sharks app, the KFOX app, TuneIn Radio, etc., and the Internet all season long.

The Sharks complete 2016-17 broadcast schedule can be found here.