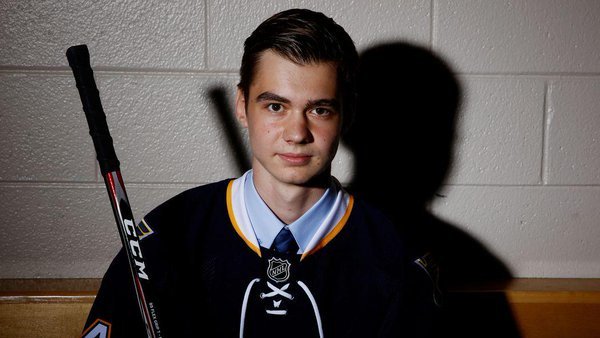 SAN JOSE — Sharks general manager Doug Wilson announced today that the club has acquired prospect center Maxim Letunov and a 2017 sixth round draft selection from the Arizona Coyotes in exchange for San Jose’s 2016 fourth round and 2017 third round (previously acquired from Detroit) draft selections. According to hockeydb.com, Letunov played in two leagues over the course of his career: United States Hockey League and Hockey East Div. 1.

Letunov led the University of Connecticut men’s hockey team in scoring as a freshman, posting 16 goals and 24 assists for 40 points. He finished fifth among all freshmen in the country while playng in all of the school’s 36 games.

Letunov was named to the Hockey East All-Rookie Team and a Hockey East Second Team All-Star, becoming the first Husky to record a 40 point season since 2011-12 and just the fourth —player to hit the mark during the Division I era (1998-present). He set new UConn Division I rookie scoring records for points, goal and assists and his 40 points ranks as the fourth highest total in UConn’s Division I record book.

The six-foot-four, 170-pound native of Moscow, Russia was originally drafted by the St. Louis Blues in the second round (55th overall) of the 2014 NHL Draft. On March 2, 2015, his rights were traded by the Blues to the Coyotes in exchange for defenseman Zbynek Michalek and a conditional third round pick in the 2015 draft.