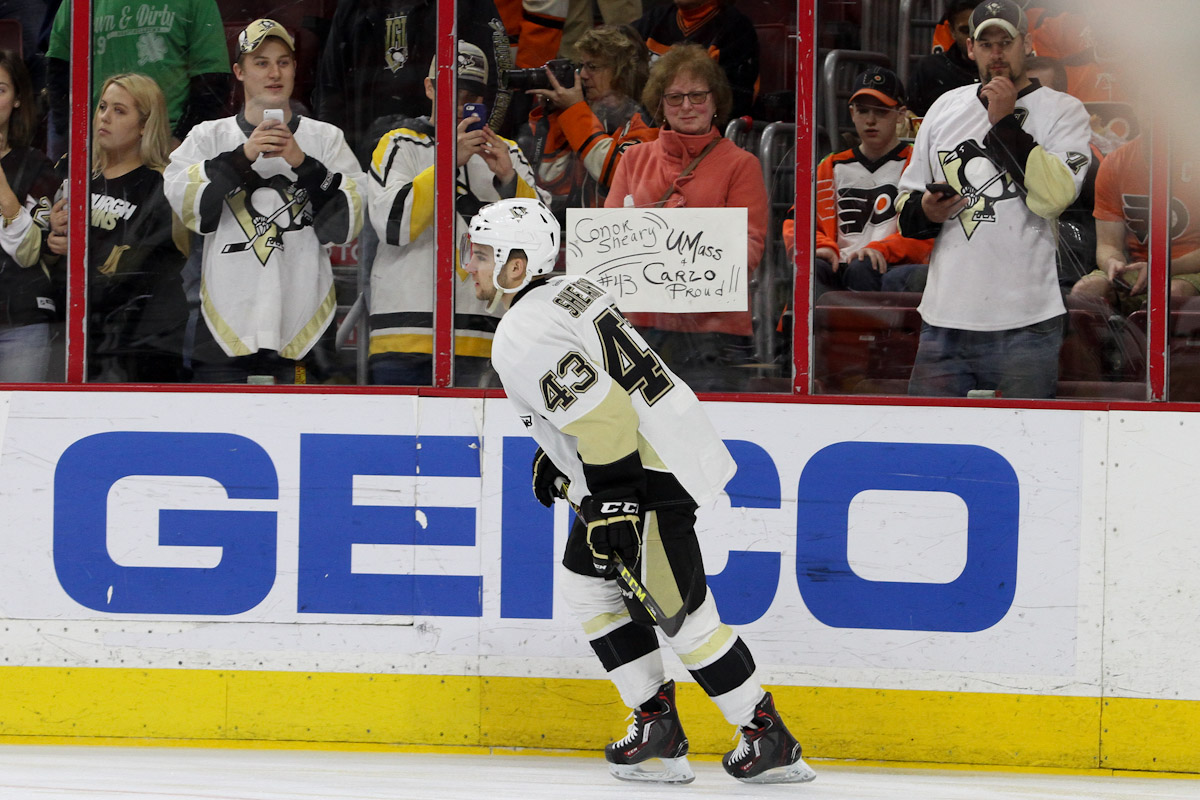 The Pittsburgh Penguins-Washington Capitals matchup is a veritable goldmine of compelling storylines:

But, really, the only storyline that matters is this one: the Capitals dominated the NHL regular season with 120 points and are expected to finally win a franchise-first Stanley Cup. Anything less is a failed season.

Washington was decidedly average down the stretch, however. With no meaningful games left to play, they went 11-6-4 in March and April, then let the No. 8 seed Philadelphia Flyers stretch a series the Caps led, 3-0, to six games. The Penguins, meanwhile, forced to play for position, were the NHL’s hottest team during that stretch, going 16-5 to finish No. 2 in the division, then knocked off the No. 3 Rangers in a convincing five games.

Could the Capitals find a way to flip the switch and return to their earlier-season form? And, if so, would the Penguins be up to the challenge?

Game 1 didn’t do much to answer either of those questions as both teams, coming off nearly a week of rest, showed signs of rust with sloppy turnovers, missed defensive assignments and off-and-on efforts. But it also showed the clubs to be very evenly matched, each featuring high levels of skill, speed and the ability to respond with the next big goal or key save.

Those who predicted a seven-game series may well get their wish.

“Back and forth, up and down; that’s playoff hockey with two good, deep teams,” said Penguins forward Nick Bonino. “We didn’t get the outcome we wanted, but that’s the game you’re going to see.”

The Penguins brought their game to the opening minutes of Game 1, then abandoned it for the remainder of the period. In a 1-0 hole after one, Pittsburgh got back to doing what’s worked in the second and third periods, more than doubling Washington in shots and trading goals to end those frames tied 2-2, then 3-3.

“I thought we just managed the puck better, and that’s when our team’s at its best,” said head coach Mike Sullivan. “We tried to force a few plays east-west that weren’t there, and we fed their transition game. When we do that, we get on our heels, and it cost us.

“But I thought we certainly rectified that in the second period and for the rest of the game. I thought, for the most part, our guys made pretty good decisions with the puck. When we manage the puck the right way, especially coming through the neutral zone, it allows us to play the speed game we want to play and we force our opponents to play 200 feet.”

On to overtime they went, where the Penguins faced a barrage that felt like much more of a mismatch than the Capitals’ 8-6 edge in shots. Midway into the OT period, Washington’s T.J. Oshie skated around the net and tucked in a wraparound shot that crossed the goal line by the slimmest of margins.

“He had some time and space wide, and I had to respect the shot and be aggressive,” said rookie netminder Matt Murray. “He just beat me to the back post.”

That capped a hat trick for Oshie, and maintained the Capitals’ home-ice advantage as they jumped out to a 1-0 series lead.

“We had a pretty good effort; I think we had a 50-minute effort,” said Bonino, who notched a goal and assist on the night. “It looked like we kind of sat back a little bit in the first and let them take it to us after the beginning, then we let them dictate overtime. We played a little bit back, more than we usually do. We let them come in on the rush and that’s the way they beat us.”

Not unlike the Penguins’ first-round series with the New York Rangers, the Capitals went out of their way to hit everything that moved, finishing with 43 hits to Pittsburgh’s 29, while the Penguins had the better of the shot attempts, 45 to 35.

But Washington boasts more skill, more finishers than New York. They also boast agitators who succeeded in getting the Penguins off their game. Pittsburgh took 10 penalty minutes to allow four Capitals power plays – and, although their penalty kill went 4-for-4, when Capitals pest Tom Wilson takes Penguins superstar Evgeni Malkin off the ice with him, he’s done his job.

Wilson later crossed the line from pesky to dangerous with a knee-on-knee hit on Pittsburgh rookie Conor Sheary, which drew no penalty but should get a look from the NHL Department of Player Safety.

“I didn’t get an explanation and I’m not concerned,” Sullivan said. “The refs are going to call it the way they see it. We’re just going to play hockey.”

With Game 2 on Saturday, neither team has long to linger on the outcome.

“Every game’s the same in that regard, win or lose,” said Murray. “Enjoy it for a couple hours if you win, analyze it for a little bit if you lose, then move forward.”

“This game could’ve gone either way,” Sullivan said. “It was an even game; our guys played hard. I thought we carried stretches of momentum for long periods of time. It didn’t go our way. We’ll learn from it, put it behind us and we’ll try to get Game 2.”