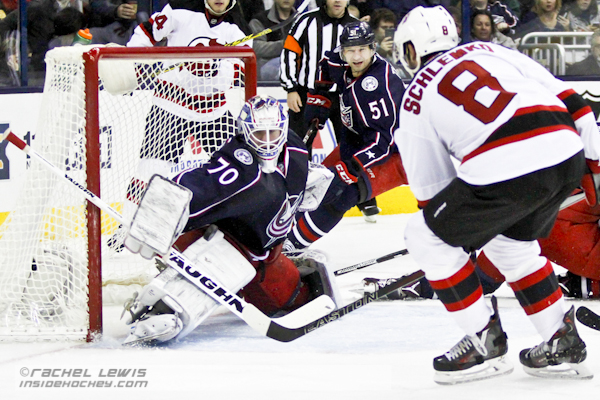 David Schlemko scored the game-winning goal at 3:42 of overtime to give the San Jose Sharks a 3-2 overtime victory over the Colorado Avalanche at SAP Center on Saturday night.

When asked about how he hopped off the bench and drove to the net, Schlemko said: “You just go to the net and good things happened, I guess. The rebound came in towards me, so I just took it.”

Sharks goaltender Martin Jones was ready to return to work, starting in net against a fresh-faced Spencer Martin, who made his NHL debut with the Avalanche Saturday.

The Sharks also ran into an old friend, Matt Nieto, who was claimed off waivers by the Avalanche on Jan. 5. Nieto had zero goals and two assists in 16 games with the Sharks this season and was often a healthy scratch.

The Sharks drew first blood, capitalizing on the man advantage to take a 1-0 lead at 14:24. It all started when Avalanche defenseman Francois Beauchemin went to the box for high-sticking at 15:44. Joe Thornton found Joel Ward in front of the net. Ward tapped in the shot through traffic for a power-play goal. Thornton notched his 991st career assist on Ward’s fifth of the season.

Despite being outshot 13-9, the Sharks led the Avalanche 1-0 after 20 minutes.

The Avalanche applied some pressure in the second period. This had an effect on the Sharks, whose forward lines struggled to provide an offensive punch.

The Avalanche tied the score 1-1 at 9:30 when Nathan McKinnon skated through the neutral zone and fired a pass that found its way to Mikhail Grigorenko, who slapped it in past Jones for his fifth of the season.

Melker Karlsson redirected a Ryan Carpenter shot past Martin’s glove to put the Sharks ahead 2-1 with 4:59 left in the period. Carpenter picked up his first career assist on Karlsson’s fifth of the season.

The Sharks looked sloppy and disorganized in the third period. Once again, the Avalanche tied the game. Beauchemin scored his second of the season — an unassisted goal at 9:36.

Neither team broke through, forcing overtime. The Sharks were outshot by the Avalanche 33-27.

Schlemko scored his second of the season at 3:42 of overtime to guide the Sharks to a 3-2 win over the Avalanche at home. Jones finished with 31 saves in a San Jose victory.

Sharks captain Joe Pavelski mentioned to the media that Jones made some big saves and his team got the plays and moments they needed.

Martin made 27 saves in a losing effort.

“I think they’re a desperate team,” DeBoer said. “They’re better than the records. They’re very skilled. For us, this was a tough game, our fifth game in eight days…but we found a way to win.”

Up Next
The Sharks and Avalanche head to Colorado for the second and final game of the season series next Monday, starting at 7:00 p.m. MST on NBCSN.