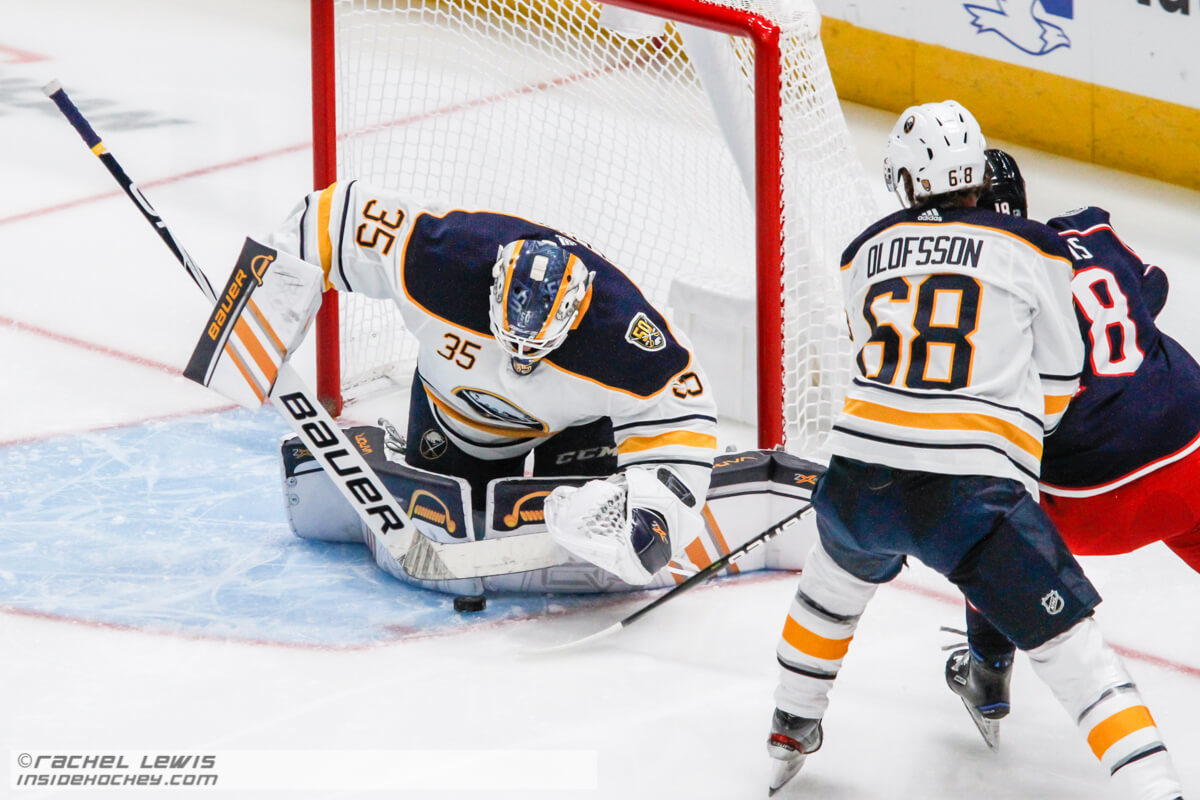 * The Sabres improved to 5-0-1 to remain without a regulation loss this season, including four straight wins at KeyBank Center. Buffalo recorded at least one point in each of its first six games of a season for the first time since 2008-09 (6-0-2).

“It’s obviously fun to have some kind of record, even if I want to get that 5-on-5 goal as well,” said Olofsson, who scored two power-play goals in six games last season with the Sabres. “I felt a lot better today, with my overall game.”

* Victor Olofsson helped the Sabres convert on another power play Monday and became the first player to score each of his first seven career goals on the power play since 1933-34, when goals by type became an official NHL statistic.