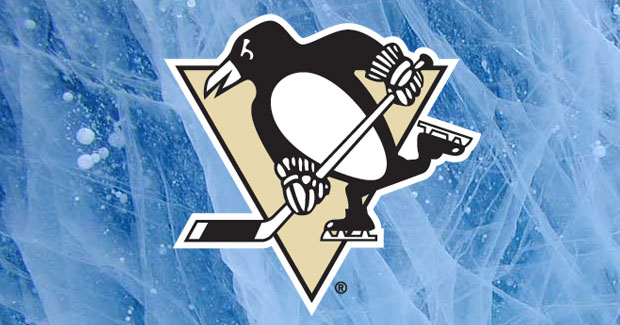 There’s a very big difference between a 2-1 series deficit and a 3-0 one. Close the gap to 2-1 and you’re right back in the postseason. Go down by three, however, and your margin of error shrinks to zero.

With the stakes that high, the 2-0 Penguins expected the Columbus Blue Jackets to give them all they could handle when the series shifted to Nationwide Arena Sunday. And that’s exactly what they got.

Although Pittsburgh spent the last two days talking about getting off to better starts, they started Game 3 with a turnover and a quick goal by the Blue Jackets’ Cam Atkinson, just 11 seconds in. Rookie Jake Guentzel tied it for the Penguins a few minutes later but, by the end of the opening frame, Columbus had fired the cannon twice more with another goal from Atkinson and one from Zach Werenski, their own breakout rookie. The Blue Jackets had a 14-11 edge in shots and a big, 3-1 lead on the scoreboard.

“We talked about the first 10 minutes a lot before the game,” Penguins center Evgeni Malkin said, laughing in hindsight at how that went. “But we know playoffs. You score one goal, it changes momentum.

“After the first, we talked in the locker room that we wanted to change. We understand how important the game tonight, 3-0 compared to 2-1. We just have to play right, offensive zone time, play our game. Play simple, a little bit tougher.”

The Penguins were indeed tougher in the second, taking control of the puck and climbing back into the game. They outshot the Blue Jackets 19-8 and were rewarded with goals from a couple of big-time playoff performers in Bryan Rust and Malkin, who had a three-point night.

“What I love about our group is, we just keep playing,” said head coach Mike Sullivan. “I’ll point to our leadership group. The resilience and the resolve that this group shows is part of the fabric of our identity. And it has to be, in order to have success in this league and win at this time of year.

“I give so much credit to our core guys that lead the charge there. There’s no panic; we just keep playing the game.”

“I think it helps when you have experience, but it’s still not an easy situation when you’re down pretty quick and the building is rocking here,” Penguins captain Sidney Crosby said. “We had to regroup, but we knew we had a lot of time, and showed a lot of poise and character in coming back.”

With the score tied, 3-3, the teams traded goals in the third. Guentzel got his second of the game after drawing a penalty on Columbus forward Brandon Dubinsky. Dubinsky got some redemption a few minutes later with a goal of his own, pulling the Blue Jackets even again.

On to overtime they went, with the difference between a new series and a Penguins stranglehold in the balance.

Columbus was playing not only without forward Matt Calvert, suspended for a game for his cross-check and takedown of Pittsburgh’s Tom Kuhnhackl in Game 3, but without Werenski. The 19-year-old defenseman returned with a shield after taking a shot in the eye early in the second period – Penguins forward Nick Bonino also dealt with a similar situation tonight – but could no longer see by the time OT arrived.

At 13:10 of the extra frame, the Penguins capitalized on the Blue Jackets’ tired defense. Crosby danced behind the net, pivoted to shake free and got the puck out front. Guentzel, Crosby’s linemate for the past several months, was ready and waiting. He one-timed the puck past goaltender Sergei Bobrovsky and it was game over.

“I think the winning goal is defendable,” said Blue Jackets head coach John Tortorella. “We just leave the slot a little bit naked there. We had a tough time getting the puck from them; they had a lot more puck possession in the offensive zone.”

“We were down there for a while trying to get possession of the puck,” Crosby said. “Both teams are fighting for it and Guentz just kind of popped out and made a great play to get away from his check and find an opening. He had a great game, scored some big goals. Him and Rusty were huge for us tonight.”

Also huge for the Penguins was netminder Marc-Andre Fleury. After allowing three goals on the Blue Jackets’ first six shots of the game, he went on to stop 30 of 31, including a two-save, sliding sequence in overtime, first off his pads and then off his head.

Fleury after he looked up at the replay of his save sequence off the pads, then his head. pic.twitter.com/UDygBe6yE3

“Take a deep breath, you know?” Fleury said. “Say a couple bad words, then you can relax. I’m always confident, though. We’ve done it a bunch of times this season; we have guys that can put the puck in the net. I just thought, if I could just stop the next one and keep the guys in the game.”

“They came at us hard,” Crosby said. “They got a breakaway, a 2-on-1, a 3-on-1, then that save in overtime where it looked like it was almost a sure goal. He was great for us again tonight.”

The Penguins might be up 3-0, but they have too much respect for the Blue Jackets to think ahead just yet.

“Columbus is a really good hockey team, and we have a lot of respect for them and the type of game that they play,” Sullivan said. “We know the fourth game is always the most difficult.

“They’re a proud group and they’re well-coached, and we know that we’re probably going to see their best game in the next game. It’s going to be that much more important that our team is ready and prepared to play the game the right way, and get to our game as early and often as we can.”

“Sure, it’s a tough loss. We know the situation we’re in,” Tortorella said. “Clear your head, go to work and play your game. That’s all you do.”