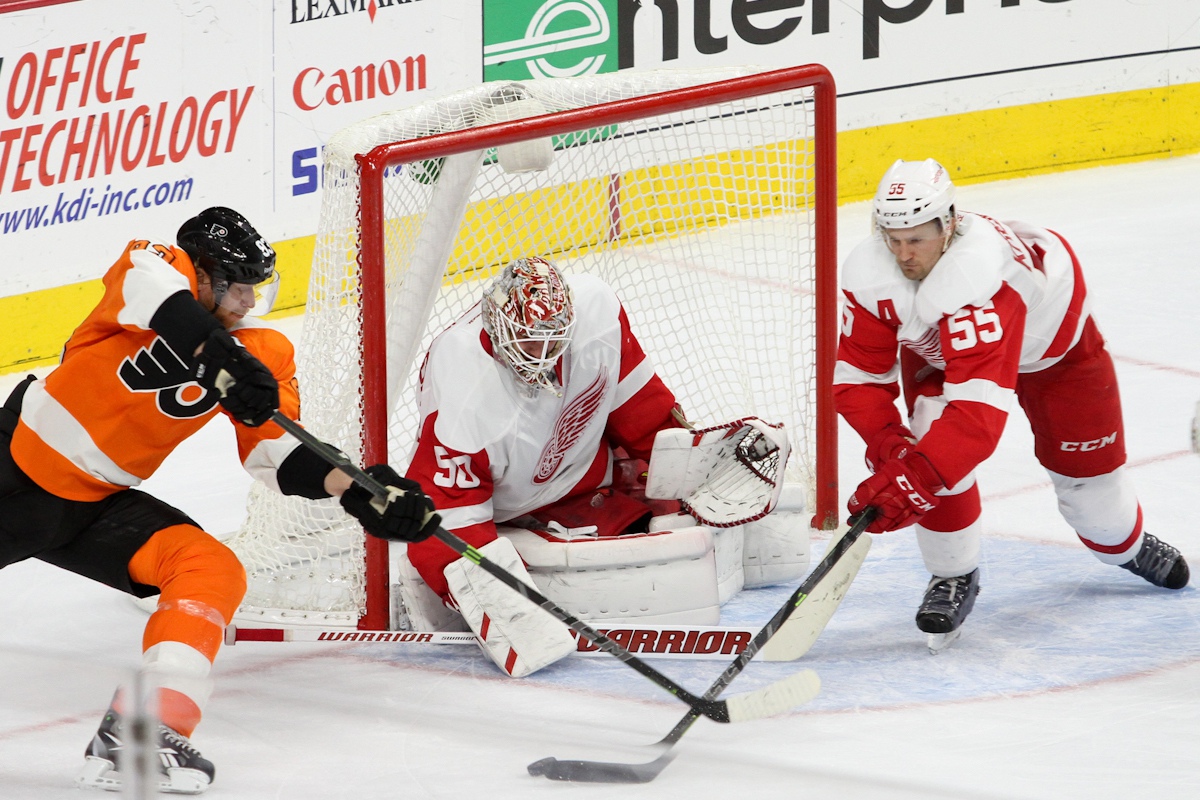 A new NHL season begins with new hope and promise for all of the 30 teams. Unfortunately only 16 teams will be invited to the post-season dance. The Detroit Red Wings are hoping to be one of the sweet sixteen by extending their playoff streak to 25 seasons. As with many teams the Red Wings had changes in personnel starting with the head coach. Mike Babcock’s departure to Toronto opened the door for new coach Jeff Blashill. While Babcock is arguably one of the best coaches in the NHL, his replacement Jeff Blashill groomed the younger players who came up from Grand Rapids to Detroit to play hockey the “Red Wings Way”. It made for a seamless transition to the parent club. Also many of the current Red Wings played under Blashill, so both sides are familiar with each other. Blashill was an assistant to Mike Babcock during the 2011-12 Season, so the older players are also acquainted with him. With the coaching change, it is a fresh voice and system for the Red Wing players, and a new challenge for Mike Babcock in Toronto. Also for players in the unofficial Babcock “Doghouse” it may mean a second chance.

The Red Wings team roster has also experienced turnover since the end of last season. Let’s start with players who are no longer on the roster. They are: Mark Zidlicky, Eric Cole Stephen Weiss, and goaltender Jonas Gustavsson.

The additions to the roster are: Brad Richards and Mike Green. Both were obtained via free agency. In addition there is one player from within the Red Wings system whom was also added: Dylan Larkin. Most of the newer players were on the roster during some point during last season. Dylan Larkin is only 19 years old, but impressed during the Pre Season. One reason he made the team is due to injuries, but if he can continue his high level of play he could be a permanent addition. If not he will be called up to the Red Wings along with other prospects due to injuries. The other prospects that played well during the Pre Season, but were sent back to Grand Rapids are Tyler Bertuzzi, Andreas Athanasiou, Anthony Mantha Tomas Nosek, Nick Jenson, and Ryan Spoul.

Before listing the current roster here are the players on the Injured Reserve list. They are: Jakub Kindle, Pavel Datsyuk, Darren Helm, Alexey Marchenko, and Danny DeKeyser. It may be a month before Datsyuk or DeKeyser returns. Some of the others may be available opening night.

The current 23-player roster will be listed by position. There will be no line combinations since there will/may be in an influx of changes, possibly before opening night.

The roster will constantly changing as players come off IR. The questions are which players may be replaced when these players return. Will it be Dylan Larkin among others?

It will be determined at that time.   The resigning of Daniel Cleary is a sore spot among Red Wing fans. The theory behind his signing is Cleary can be an extra forward who can be scratched most games with limited minutes. Management assumes a younger player can get more ice time in Grand Rapids instead of sitting in a press box or only used sparingly.

[Editor’s Note: As of this writing, Daniel Cleary was waived, but the assumption is another NHL team will not claim him.]

The two players signed as free agents should be a big boost for different reasons. The Red Wings have been looking for an offensive minded defenseman with a right hand shot since Brain Ralfaski’s retirement, and hope they finally found one with Mike Green. Green is a gunslinger offensively which leads to defensive gaffs. The plan was to pair Green with Danny DeKeyser who is defensive player. Since DeKeyser is on IR, the current plan is to pair Green with Kyle Quincy. Brad Richards was acquired to be the teams second line center, replacing Stephen Weiss who was bought out. Due to numerous injuries Weiss didn’t work out. Richards while older was signed for one year. He has won two Stanley Cups, and provides a veteran presence.

Johan Franzen missed most of last season due to concussion issues, and held up well during the Pre Season. Unfortunately for Franzen it seems he could be one hit from retirement. Hopefully Franzen stays healthy and provides the power forward presence the team craves.

Pavel Datsyuk is the best player on the team, and may be out until Mid November. He does things no one in the NHL can do, and will be a welcome addition on his return. Since there are three defensemen currently on IR, there will be changes when Danny DeKeyer and Jacub Kindle return. With a new coach Kindle is getting a second chance and played well during the Pre Season. With a surplus of defensemen Kindle along with others could be traded. Again, it depends on injuries.

Both goaltenders played well during the Pre Season and with 6 back to back sets of games during the first month and a half during the season, both will get a chance to show their stuff.

The Red Wings have made the playoffs the last 24 seasons, and have a good chance to make them for a 25th year. True there is a new coach, but Jeff Blashill worked closely with Mike Babcock. Blashill implemented the Red Wings system while in Grand Rapids, so it should be a smooth transition for him and the team. The Red Wings can finish anywhere from first place in the Atlantic division to just qualifying. The Red Wings took Tampa Bay to a game seven last season during the first round of the playoffs before losing. The team has a good mix of veteran and young players. With further development of the younger players the team becomes more dangerous.

The final question is does the Red Wings playoff streak continue? The answer is based on one word, HEALTH. If healthy the answer is yes.