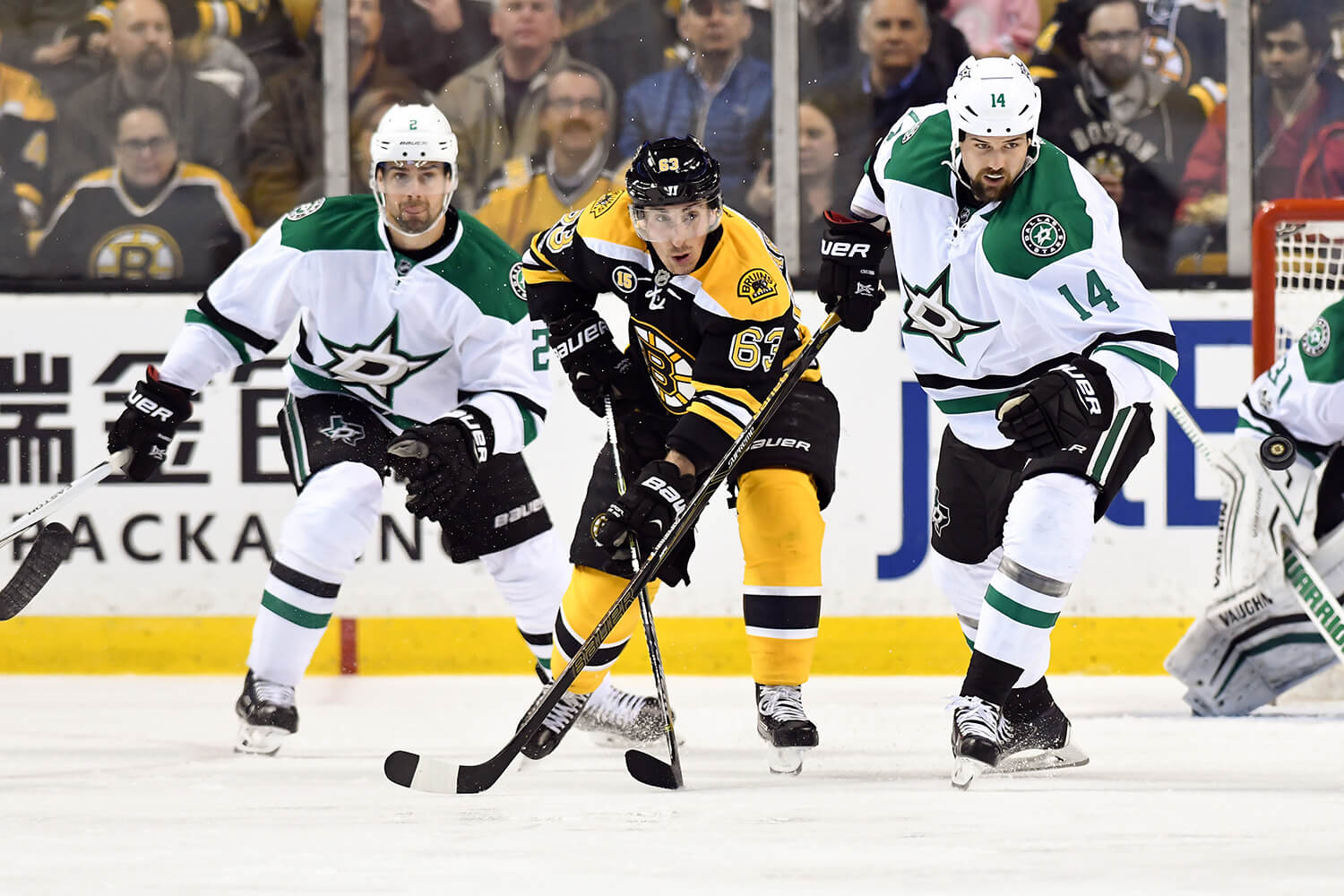 BOSTON – Without fail, controversy and dramatic occurrences have surrounded the Boston Bruins around the most important time of the year yet again.

The Bruins snapped their four-game losing streak this past weekend when they knocked off the New York Islanders on the road. This was crucial for two reasons. First, the Islanders were deadlocked with the B’s for that last wild card spot at the time, so fending off the opposition would only bode well for Boston down the road. Secondly, backup netminder Anton Khudobin picked up his fifth straight victory.

With Tuukka Rask missing that game due to a lower-body injury after taking a maintenance day in practice the day before, fans and media alike were wondering what would come of the situation.

Sure enough, he was quoted as saying that he was “good to go for the rest of the year.” The Bruins are certainly going to need their number one down the final stretch.

On Thursday night, Boston hosted the Dallas Stars in a cross-conference showdown. The Bruins walloped the Stars, 6-3, in Dallas in their only other meeting this season. It is a shame that Dallas has already been eliminated from playoff contention because it would have made this game much more intriguing on face value. A down year for the Stars will allow themselves to come back as a legitimate threat next season.

From a Bruins perspective, this was their second consecutive game that they played host to a Central Division team; the B’s knocked off the Nashville Predators on Tuesday night to split that season series.

As the regular season draws to a close, we are starting to get a sense of what the postseason roster might look like for this team should they finish above the playoff line. Most of the core players that have been donning the Black and Gold for the last three seasons know very well what happened at the conclusion of the 82-game campaigns in 2014-15 and 2015-16. The message heading into the final string of tilts for this team is to just take care of business and win the games that are supposed to be won.

Thursday night was one of those games. The opportunity presented itself for the Bruins to take advantage.

In the first period, both teams got off to a very sloppy start. Neither side created a consistent onslaught of pressure, although there were points where the Bruins exposed the Stars for their inability to play shutdown defense on a regular basis. Stars netminder Antti Niemi was solid to begin the game and kept things level for as long as he could.

Brad Marchand finally broke through and put the Bruins up 1-0 with his 38th goal of the season. The tally came off a feed in front of the net from David Backes. It is not like Rask played bad in the first period, but he did not face nearly as many difficult shots as Niemi did.

The Bruins increased their lead on a power-play goal in the early stages of the second period. Torey Krug tipped in a cross-ice pass from David Pastrnak for his eighth goal of the year. That goal seemed to tell the entire story of how the Stars played up until that point, which was lifeless and no pushback whatsoever. Very slow pace to this one.

“A lot of this game was based off puck support and positioning on the ice,” said Bruins interim head coach Bruce Cassidy. “We missed some easy options early on and we got frustrated at times, but we did what we had to do to make sure this one did not get away from us.”

It was obvious after the first 40 minutes that the Bruins caught a break with Dallas coming in on this night. The Stars looked like they were just going through the motions out on the ice. In the third period, the Bruins intended to pull away from the Stars and put this game out of reach. That did not happen on the scoresheet, but it took place in the form of holding ground in front of Rask. A late four-minute penalty kill by the B’s all but sealed the result in this one.

Boston held on to win this game by a final score of 2-0 behind Rask’s seventh shutout of the season. The B’s still hold tight as the second wild card team in the Eastern Conference playoff race.

“We have to give credit for our defensive effort to keep the puck out of the net,” said Cassidy. “Our penalty kill also came up huge for us in crucial times, so those are the things that win you hockey games when you do not have your ‘A’ game offensively.”

The Bruins will play their next game this coming Saturday afternoon at home against the Florida Panthers.

Side Notes…Tim Schaller began skating with the team this week as he continues to recover from his lower-body injury…Frank Vatrano missed this game due to an upper-body injury and was replaced in the lineup by Matt Beleskey…Riley Nash entered Thursday night with three goals and two assists for five points in his last three games, his longest stretch of the season…David Krejci skated in his 700th NHL game on this night…Noel Acciari recorded his first career NHL goal this past week against the Nashville Predators…Dallas is the only franchise that the Bruins have never defeated in overtime.