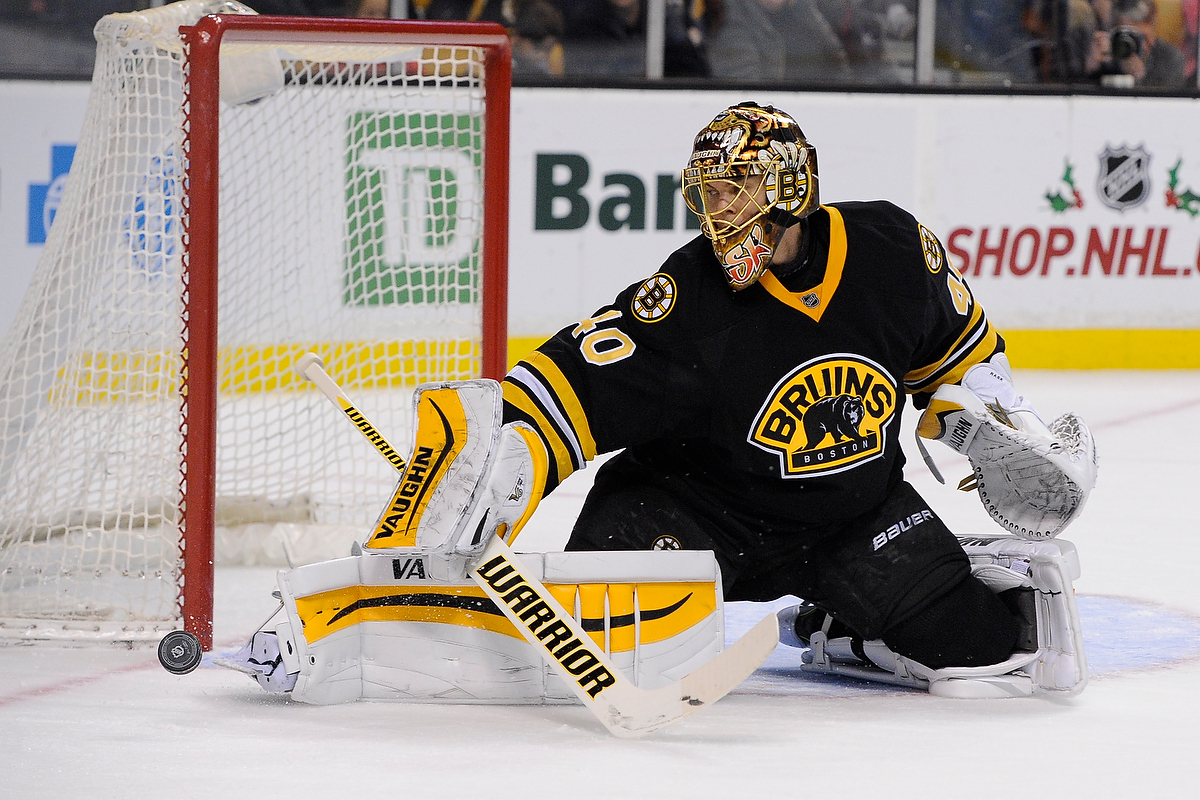 Rask A Royal Pain For Kings

A lot has changed since the 2-0 loss the Boston Bruins suffered against the Los Angeles Kings in early December, and no not just the mountains of snow outside the TD Garden. When the Bruins faced off against the Kings on December 2, they were without two key pieces to their team; team captain and defenseman Zdeno Chara and center David Krejci. Both players have since returned and the Bruins have won 7 of their last 9 games.

“Well I think a lot of things,” replied Bruins coach Claude Julien when asked what has changed since the west coast trip earlier in the season. “What’s changed, I think, is the outcome at the end as we’re a little bit more depth and stuff like that and players are in the right places. We seem to be on the good side of the equation if I can put it that way.”

Another key to the Bruins’ success over the past nine games has been the play of goaltender Tuukka Rask. In the month of January, Rask has a 7-1-3 record with a 1.61 GAA and a .949 save percentage.

“I think we all know Tuukka’s played really well too,” Julien said of Rask’s play as of late. “His game has been elevated.”

Rask continued his dominant play last night against the Kings, as the Bruins won 3 to 1. He stopped 30 of the 31 shots he face, only allowing a puck that was deflected off of Boston defenseman Dougie Hamilton’s stick to squeak by him. His biggest save of the night came with 6:37 remaining in the second period. Kings forward Nick Shore was able to pick up a loose puck and skated in on a breakaway. Rask aggressively came out of his net to cut down the angle, and stoned Shore to keep it a 0-0 game. That save shifted the momentum to the Bruins’ side and less than three minutes later, Brad Marchand beat Los Angeles goalie Jonathan Quick to give the Bruins a 1-0 lead.

“Tuuks is the reason we’re coming out with two points tonight I think,” said assistant captain Chris Kelly. “He made some huge saves for us especially early on he came across and keeps the game zero, zero and gives us an opportunity to get our legs under us. He’s been there for us all month, really been there all month but Tuukka’s been there since I’ve gotten here. Whenever he’s played he’s given us an opportunity to win.”

Bruins winger Milan Lucic had this to say when asked about Rask and his play of late, “He definitely was our best player in January and last game and here tonight he definitely stepped his game up to the level that he’s capable of playing at. So he’s a huge part of our team, probably the most important part of our team. With his ability and his competitiveness and we’re grateful to have a guy like that between the pipes.”

With the victory against the Kings, the Bruins remain one point ahead of the Washington Capitals for the first wild card spot. The Bruins look to continue their winning ways against the New York Rangers on Wednesday, February 4th.