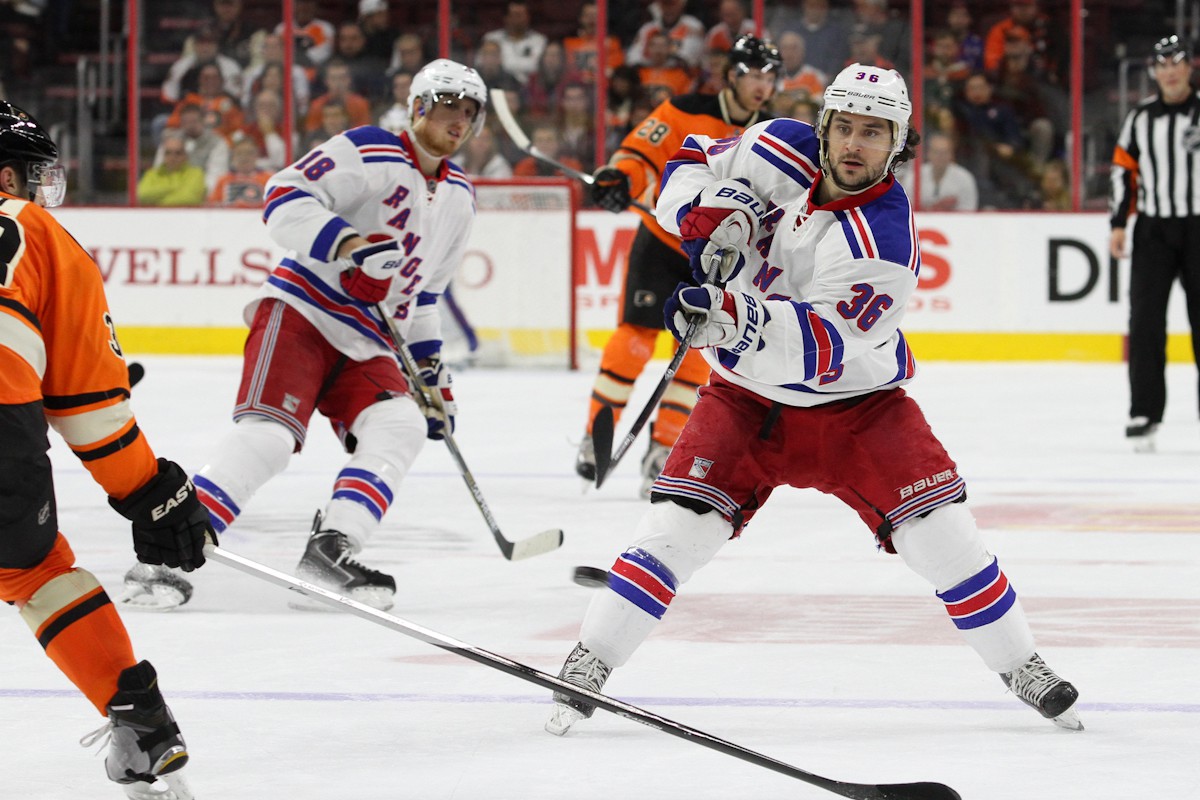 Rangers Streak Ends as they Fall in OT to Kings

NEW YORK – The New York Rangers showed grit and character against the Los Angeles Kings Friday night at Madison Square Garden but lost in overtime 5-4 on Tanner Pearson’s goal at 3:10.

The blueshirts faithful were barely in their seats when the Kings’ Anze Kopitar (who hadn’t scored a goal in nine games) got them on the board just 33 seconds in. The Rangers had looked flat to start the period and their defense went missing.

The Kings were all over the Rangers and they didn’t show signs of stopping as former Ranger Marion Gaborik struck for the Kings second goal of the period against Antti Raanta. A goal, that came on the power play; a power play that was ranked number one in the league on the road. Just like that it was 2-0. Entering the game the Rangers had only allowed two or fewer goals in each of their last four games.

The Rangers did however bring us back to that theme we had seen over the last few games as they were able to get on the board at the 13:00 mark when Viktor Stalberg on a feed from Kevin Hayes behind the net cut the lead to 2-1.

Adjustments were made and the Rangers kicked into another gear as they took advantage of a Kings team who were coming off a loss from the previous night to the Islanders.

Derek Stepan was able to intercept an errant clearing attempt by the Kings and put one through the five-hole of Kings goaltender Peter Budaj (an emergency call-up from the AHL) to tie the game at two a piece.

Nearly two minutes later on yet another turnover by the Kings in their own zone Mats Zuccarello, who has been the Rangers best offensive player thus far, was able to bank the puck off of Vincent Lacavalier and in the net for a 3-2 Rangers lead.

Just like that a two-goal deficit was erased and the Rangers were on top.

The lead didn’t last long as Kopitar found the back of the net late in period two.

The third period had it’s share of chances and the Rangers who at 13:30 mark didn’t have a power play in the game got their first one when Alec Martinez flipped a puck into the stands for a delay of game.

The Rangers power play, the subject of criticism for the last little while was able to come through on a beautiful set-up from Zuccarello to Kevin Hayes to put the Rangers back on top 4-3.

The Rangers were less than five minutes from extending their winnings streak but more importantly showed they could come back once more.

The Kings pulled their goalie in the closing minute of the game. The move paid off as Kopitar found a loose in the slot and managed to beat Raanta after deflecting the puck off two Ranger defenders. That tied the game to send it to overtime.

Chances were traded in OT but in the end it was Tanner Pearson from inside the right circle was able to put one past Raanta and secure the 5-4 victory for the Kings.

A big save was needed, but it didn’t happen.

Rangers head coach Alain Vigneault when asked about Raanta’s performance in net said, “Being a backup goalie is not an easy job. You are asked to go in at different time frames, and it’s probably hard to get some rhythm and confidence and momentum.”

“I am confident the next time he steps in goal, he will be better than he was tonight.”

Defensemen Marc Staal had a rough night, finishing with a minus-2 rating, and was on the ice for the game-tying goal said, “it’s tough – double deflection, it goes in.”

If there are positives to take out of this is once again the Rangers ability and willingness to stay in the game and fight their way back. It’s something that’s been a reoccurrence and something defensemen Keith Yandle appreciates to as he talked about it saying, “Especially when you get down in games, when your team shows no quit, it’s a big positive”.

The Rangers who have earned a point in six of their last seven games (5-1-1) will have to build on that positive and get ready for a Valentine’s Day date with the Philadelphia Flyers.

The Rangers have posted a 7-2-2 record against the Pacific Division this season.