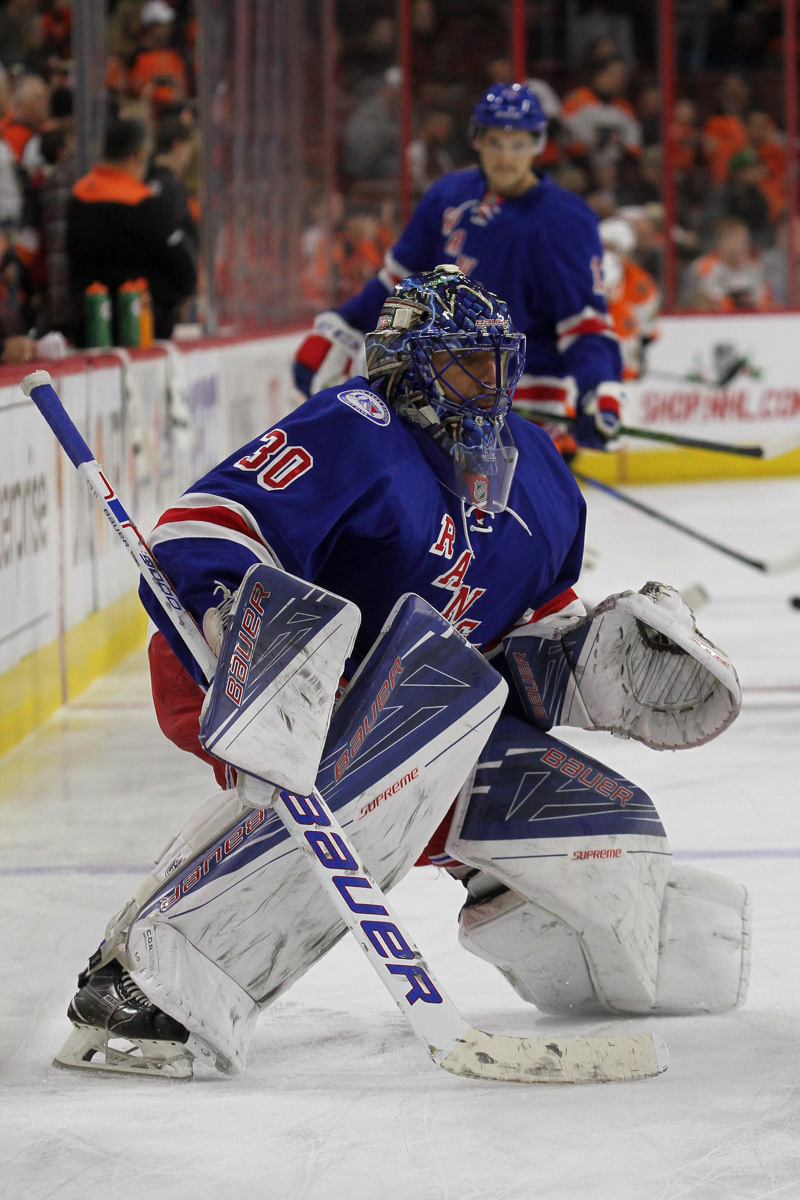 The Rangers have played a lot of hockey and today it showed for the first forty-minutes. They were outshot big time by the Canes but a strong third period propelled to their victory. A assuring bounce back after a tough loss back on Thursday against the Buffalo Sabres. The Blueshirts have posted a 25-4-1 record in the game following a loss (regulation or overtime/shootout). They have posted an 8-0-1 record in games following a loss in 2016-17.

Derek Stepan got the Rangers on the board early in the game on a puck that squirted past the goal line and the Rangers had the 1-0 lead. For Stepan, it was his fifth goal of the season. The Rangers from that point on were outshot by the Hurricanes who couldn’t seem to figure out Henrik Lundqvist.

In a theme that always seems all too familiar for the Rangers, one of their former players came back to tie the game for the Canes’. It was Viktor Stalberg. The Rangers through two periods had just 12 shots on goal. The third period proved to be the better period for the Rangers who came out firing off the first eight shots on net. A line that head coach Alain Vigneault put together was Brandon Pirri, Michael Grabner and Jesper Fast looking for speed and production. They got the speed part and the production part as Michael Grabner picked up his 13th goal of the season which is tied for third in the league and put the Rangers ahead.

Nearly twenty seconds later, it was Carolina who tied the game and the groans of Madison Square Garden could be heard for the Saturday matinee. It seemed as if we were seeing Thursday all over again. Just when you thought the Rangers were ready to give up a goal despite having terrific offensive pressure, Chris Kreider was able to break the tie and put the Rangers up 3-2 and seal the deal minutes later for his second of the game a secured the victory.

It was a strong performance from Kreider who had been struggling since coming back from injury. The coach felt the same, “Chris [Kreider] and Mats [Zuccarello] tonight, that whole line after the second period, they had most of our shots except for four.  They spent a great deal of time I thought in the other team’s end playing against their top line, so they had one of their best nights in a long time and hopefully that’s the start of the trend here moving forward”.

The coach though has been able to see the inconsistent play through a full sixty minutes, “I would say the first couple of shifts of the game I liked.  Obviously, in the third the game is on the line, I liked – there was a minute stretch in the second that I liked, and everything in between, because there’s some kids in the room here, I’m not going to tell you exactly what I think of those moments there.  But we found a way in the third period, when the game was on the line, to play our best hockey to get two points, and we’ll take it and get ready for the next game.”

He did mention that the Rangers have had strong finishes as he stated, “We started off well.  We scored a goal, and then after that, our execution was nonexistent, nonexistent, but these game are 60 minutes long, three periods.  It was a 1-1 game, and we played our best period at the end.”

For the net minder of the Rangers, Lundqvist was certainly happy to have a bounce back after having a rough game in Buffalo, “You are going to have games when you don’t really have the puck luck you want, but you earn it by making good decisions and working hard.  I talked about it after the game – there are so many things about my game I like, but still if you make a couple mistakes as a goalie it’s going to cost you.  You just need to cut that out and when I do, I feel like the game is right there for me.  It was important for me to come back here and try to help the team to get this win.”

Although it’s only December the guys in the locker room know this will be a fight to the finish as Derek Stepan went on to say, “The league is getting better and better.  Even since my first year here, I feel like every year every team gets strong and faster.  You have to be able to compete every single night.”

The Rangers will continue the grind of the schedule but they will enjoy a nice two days off before the rivalry continues Tuesday night in Brooklyn as the Islanders will play host to the Rangers. The Rangers won their first meeting opening night 5-3.

The Rangers were 3-for-3 (6:00) on the penalty kill in today’s contest. The Blueshirts have not allowed a power play goal against in 11 of the last 15 games.

Henrik Lundqvist made 26 saves and earned his 12th win of the season. Lundqvist earned his 386th career NHL win in today’s contest, passing Mike Vernon for sole possession of 13th place on the NHL’s all-time wins list. He is three wins away from tying Dominik Hasek for the most wins by a European-born goaltender in NHL history.