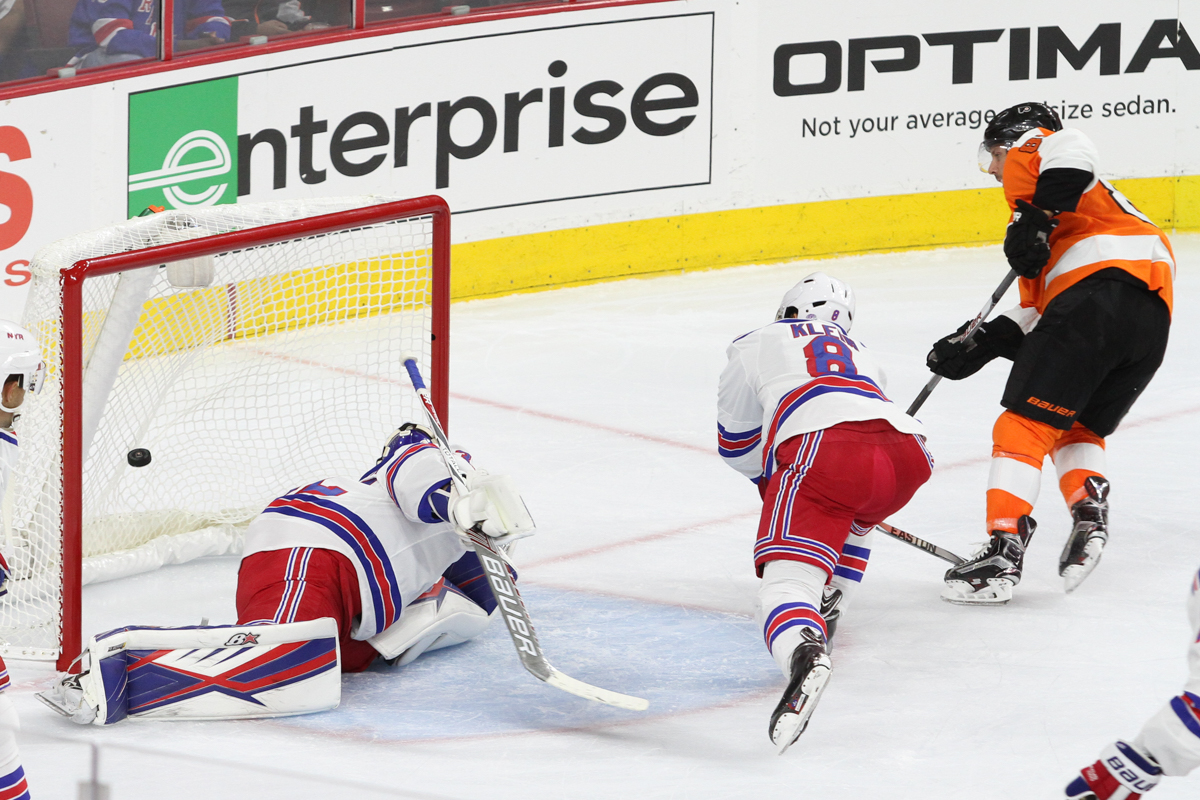 Rangers Have an Identity Crisis

NEW YORK – The New York Rangers have an identity crisis and unless they can regain their identity, they will become more and more vulnerable heading down the stretch to the playoffs.

I’m not here bashing the Rangers by any means, but if you thought Tuesday night’s win was a good one than you may be crying when the playoffs end and the Blueshirts head home for the summer.

The debate has gone on and on about the Rangers’ window to win a Stanley Cup. We can certainly analyze it for hours but we won’t. An ingredient you do need to win a cup is an identity – something the Rangers seem to have lost this season.

The men in the blue, red and white sweaters were once feared. Opposing teams went into games knowing the talent and force the Rangers brought in each game prior to this season. Reminder, I’m still not bashing the Rangers. If the Blueshirts went up by one or two goals it was very difficult for opponents to win the game. This year we’ve seen opposing teams come back too often.

The biggest difference is the Rangers goals against this year compared to years past. Currently, the Rangers have given up 173 goals this season that is ranked 13th in the league.

Let’s rewind to 2010-2011(one season after the Rangers didn’t make the playoffs and finished outside the top five in goals for). The Rangers finished fifth giving up 198 goals under then second full season coach John Tortorella. In 2011-2012, the Blueshirts finished in first place and ranked third in goals against giving up 187.

The following years (2012-13, 2013-14, 2014-15) they finished fourth, fourth and third in goals against. The Rangers protected leads and it was difficult for teams to get them back when facing a tough defensive Rangers team.

Could it be the team’s defensive core has played a lot of hockey games in recent years? It certainly can. Let’s take a look at defenseman Dan Girardi, who, despite negative criticism has been a workhorse for the Rangers since coming into the league back in 2006-07.

Girardi has played in 820 games combined regular season and postseason including the 61 regular season games this season. That is a great deal of hockey in 10 years in a fast and grueling game. That can take a toll on any professional athlete. Those numbers aren’t meant to make an excuse but it can be a realistic reason Girardi missed so many games this season due to injury. It could also be a factor in his lack of production.

Marc Staal, who also seems to be on the fans’ chopping block has been just as crucial to the Rangers defensive core. Staal’s production has also declined this season. Staal, coming in the year after Girardi has played just about the same number of games with the exception of 2012-2013 where a shot to the eye almost finished his career. He has played in 689 combined regular season and postseason games including the 62 played thus far this season.

The Rangers blueprint was built from the net out. It was a force you didn’t want to reckon with but this year teams can have more confidence because the Rangers seem to give up a lead almost on a nightly basis. That is a major problem that needs fixing.

If the game against Buffalo wasn’t an indication that they have a problem then it seems as if you weren’t watching closely nor haven’t been for the entire season or the last six years. Not to take anything away from a young and talented Sabers team, but going up 3-0 after one period and giving the Sabres chance after chance to get back into the game exposes the problem we all can see.

Making an identity in this league takes time and effort and the Rangers seemed to have lost the identity that had been the key to their success in recent seasons. The playoff run has already begun with teams in the East beginning to make their move up the standings in the fight for playoff position.

The Rangers have overcome similar problems already this season. They struggled back in November and December but managed to make corrections and get back to playing consistent hockey. The team has to hope they can similar results in the final 16 games of this season and beyond.