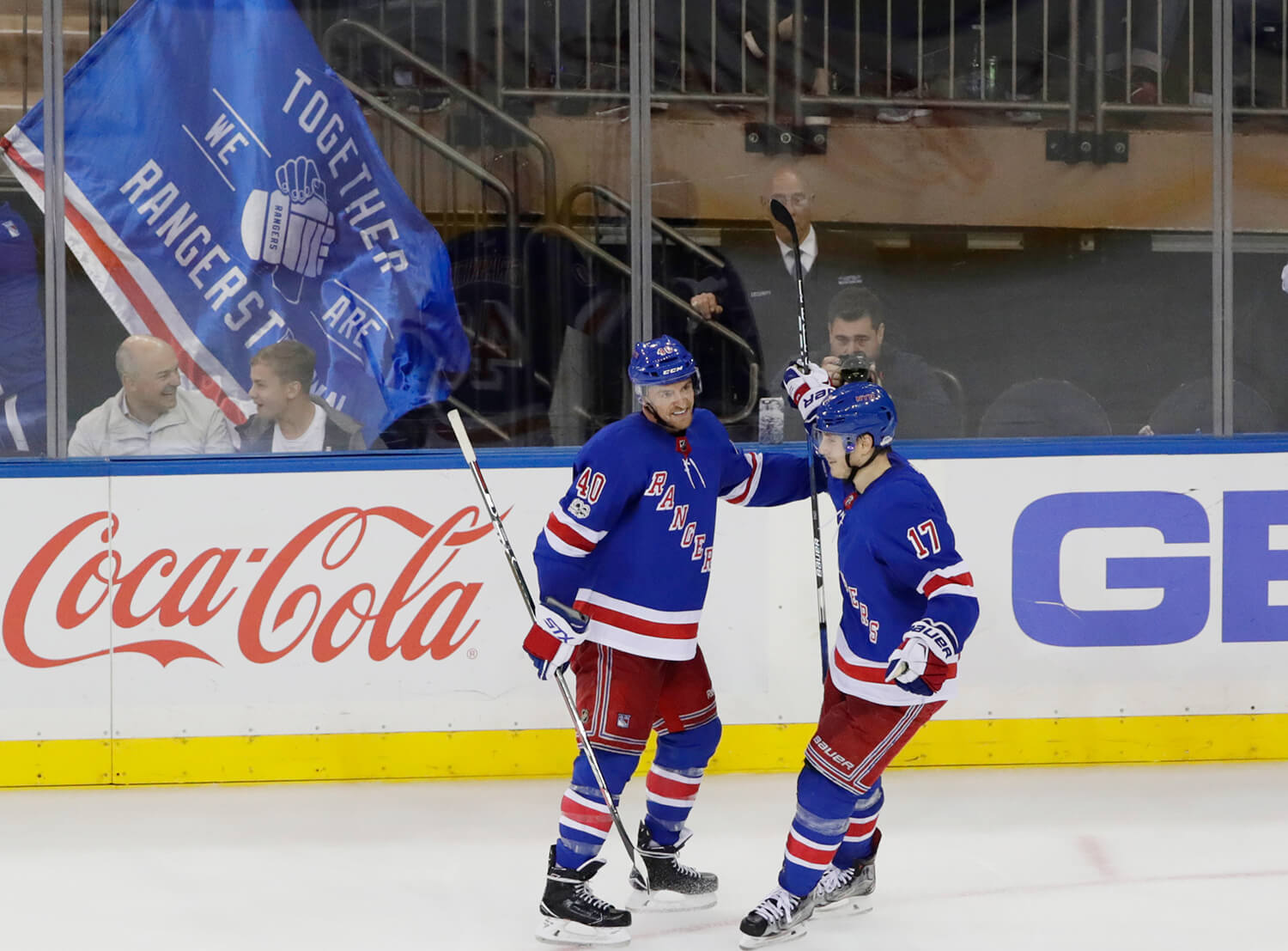 Rangers finding a groove; Win 4th in a row

New York – For the first time this season, we are seeing the New York Rangers play good 60-minute hockey and it continued on Monday night as they defeated division foe, the Columbus Blue Jackets, 5-3. There were many reasons for the Madison Square Garden faithful to stand up and cheer for their teams as the final buzzer sounded and that’s because the win made it four in a row for the Blueshirts. The Rangers have finally made it to the .500 mark (7-7-2, 16 points).

The Rangers were shot out of a cannon to start the game as they created chances and kept former Rangers coach John Tortorella’s team on their heels. A very dominant first period by the Rangers showed their game is coming together after a rocky start to their season. The calendar flipped to November and the Rangers flipped the switch as well (3-0-0 in the month). They have also won six of their last eight games as well dating back to October 21st, in which they beat the defending western conference champion Nashville Predators.

When asked about the team’s resiliency, head coach Alain Vigneault went on to say,  “Tonight, you look at the game – we started off real well in the first couple minutes there where we almost had two breakaways on net. We didn’t get as far as finishing much out of the first period where I thought we played real well and they start off in the second and all of a sudden, two shots, two goals. Our guys continue to do what they’ve been doing since day one – they keep playing and there’s no doubt that the difference in the third period was our power play. Our power play came up and made some big plays right off the bat and we were able to get the lead and keep the lead.”

The head coach also went on to talk about the power play chemistry and said, “I think it’s more of a five-some there with [Zuccarello] and [Shattenkirk]—those guys have been working a lot on the power play. They’ve formed some chemistry there. They’re listening to the pre-scouting. They knew that tonight Columbus was a high-pressure team. They had to move it away quickly and if we won the draw, we wanted to get something on net, and that’s what we did, and we scored a couple.”

Confidence is high right now in the dressing room as the Rangers continue to play better. Mika Zibanejad talked about the confidence in the room and said, “It’s high. It should be. I think we talked about that early on and especially after the second period that if we want to be a good team we have to find ways to win the game even though we are down. We did that and I think obviously the past three games helps that confidence and helps that feeling in the locker room of even if we are down coming into the third to be able to come back. It was important.”

The Rangers will look to continue the roll when the Boston Bruins come to town on Wednesday night.

Pavel Buchnevich registered two power play points (one goal, one assist), including his first career NHL game-winning goal, and recorded two shots on goal. Buchnevich has tallied a goal in four of the last six games (five goals, two assists over the span), and he has posted three multi-point games over the six contests.

Michael Grabner registered two goals, tied for the team-high with three shots on goal, and posted a plus-two rating. Grabner leads the Rangers in even strength goals (seven) and plus/minus rating (plus-six), and he ranks second on the team in goals (seven) in 2017-18.

Alain Vigneault earned his 621st career win as an NHL head coach in tonight’s game, passing Bryan Murray for sole possession of 12th place on the league’s all-time wins list among head coaches. Vigneault leads all head coaches in wins since the start of the 2006-07 season (512). Tonight’s contest was Vigneault’s 1,150th career game as an NHL head coach, and he is now one game away from tying Marc Crawford for 16th place on the league’s all-time games coached list.