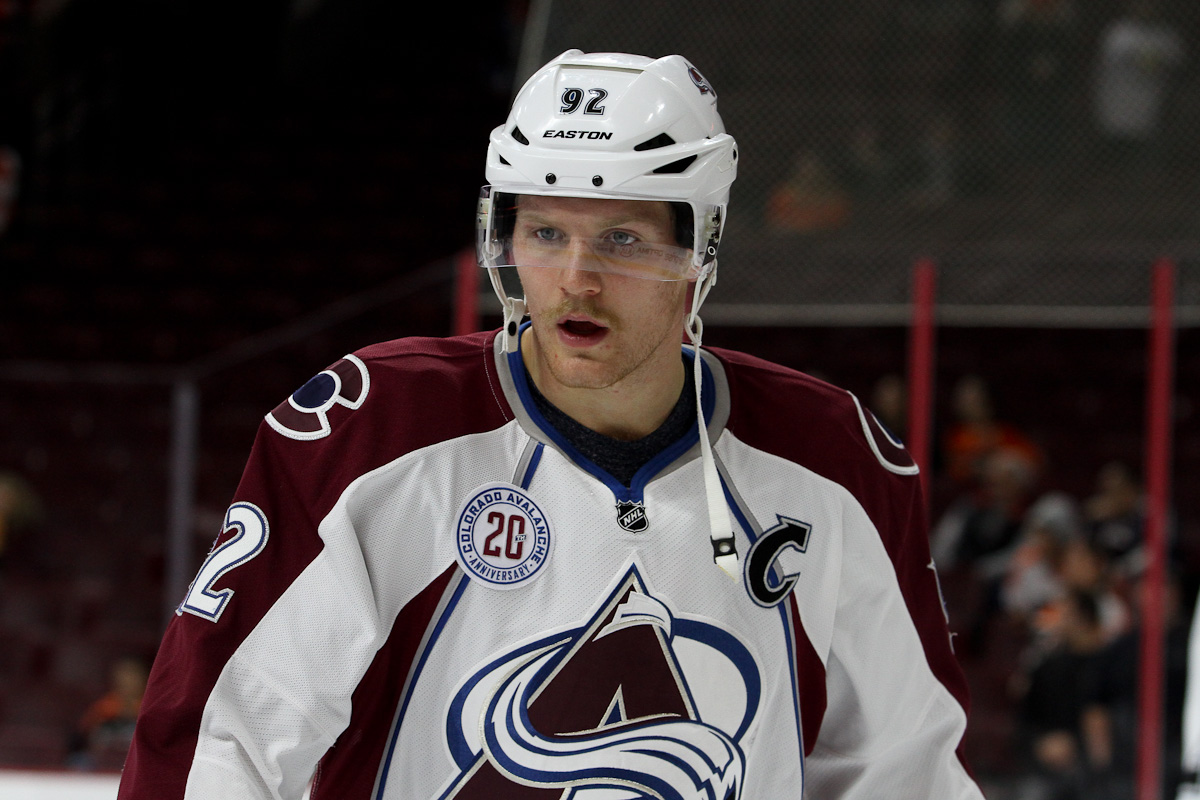 Could the Rangers fall out of their number one spot in the Eastern Conference in the final three weeks? It’s a strong possibility if things continue on the path they are on. With the Pittsburgh Penguins breathing down their necks, if Pittsburgh continues on their streak now that they have their players back in the lineup and healthy (including Sidney Crosby), the Rangers could have some trouble ahead.

The recent problem the Rangers are facing is that they lack depth. This has not always been the case this season.  For the last few games, the only ones producing goals were from the Brad Richards line. The Rangers can’t let this trend continue.  They need their other lines to produce before the post-season begins. If they don’t, they’ll have a difficult time finding a way to win. Other teams will target the only scoring line for the Rangers and shut them down.

The Rangers have seen this exact dilemma in the past. It cost them a long playoff run because of it. Other teams were able to stop the top line…and then they just fell to pieces.

“I’ve always said, ‘It’s how we play,’” coach John Tortorella said. “Sometimes you’ve got to look by the result and remember how we play it and how we can build on it.”

“They’re just not giving us enough offensively,” Tortorella said of the Boyle line. “I think they’ll come alive. I think they have to help us. But I’ve got to make the call as far as what’s going on during the game.”

Sometimes players face their own difficulties, yet it’s something each player can build on.  Take for instance, Brandon Dubinsky.

“I thought [Dubinsky] was good tonight,” Tortorella said after the game.  “He was around the puck. He looked more confident with the puck. It’s something he hasn’t looked a lot this year, as far as just confidence with the puck. He shot the puck. He passed. I thought they grinded it and had some puck control. He had the puck most of the night.”

This is the stuff that Tortorella is talking about…seeing what they have, what they have done and how they can build on that.  That is the key to evolving into greater success.

An unlikely little ray of hope cropped up on St. Patrick’s Day when young winger Mats Zuccarello scored his first goal of the season in his seventh appearance with the BlueShirts this year.

In the first period, he tallied the Rangers first goal of the game at 10:43 to give the Rangers the first jump in the game. At 15:01, the Avalanche had a little bit of the St. Patty’s Day luck on their side as Matt Hunwick’s shot on goal was deflected off of Ranger Marian Gaborik’s stick and went in.  Fans booed at what happened, because no one likes to see their own player score on their own goalie.

In the middle stanza, Stu Bickel and Cody McLeod dropped the gloves. With Bickel falling on top of McLeod at the end of the bout, the Avalanche headed to the penalty box nursing his shoulder, while Bickel sat as well.

Gabriel Landeskog tallied Colorado’s second goal of the game at 9:51 to end the second period.

All throughout both opening periods, the Rangers were outshooting Colorado 2-to-1. By the end of the second period, the Rangers had already put up 26 shots to Colorado’s 13 shots on goal. Yet, the Rangers still couldn’t beat Semyon Varlamov.

“It’s one of the better performances I’ve seen,” Tortorella said of Varlamov.

In the final period, the Rangers were still not able to capture another goal. With Ryan McDonagh in the penalty box at 18:52, Lundqvist was pulled for an extra attacker in an attempt to tie up the game to force it into overtime. But Colorado was able to score on the empty net during the power play with only 13.1 seconds remaining. The goal canceled out any chance the Rangers had of coming back.

The final tally of shots that Varlamov faced against the Rangers…42. Lundqvist didn’t have to do too much in his first game back from the flu. He faced only 19 of Colorado’s 20 shots.

“I thought we played good defensively,” Ryan Callahan said. “We had a lot of chances. It was just a matter of the puck going into the net.”

Moving forward, the Rangers will have to tighten up their belts as they prepare for the post-season.

“We can’t get discouraged,” Tortorella said. “You want to win. You want to get the points, but you also have to look at the whole situation here and how we are playing. We want to try and bring our game back in a consistent mode as we go through these next three weeks.”