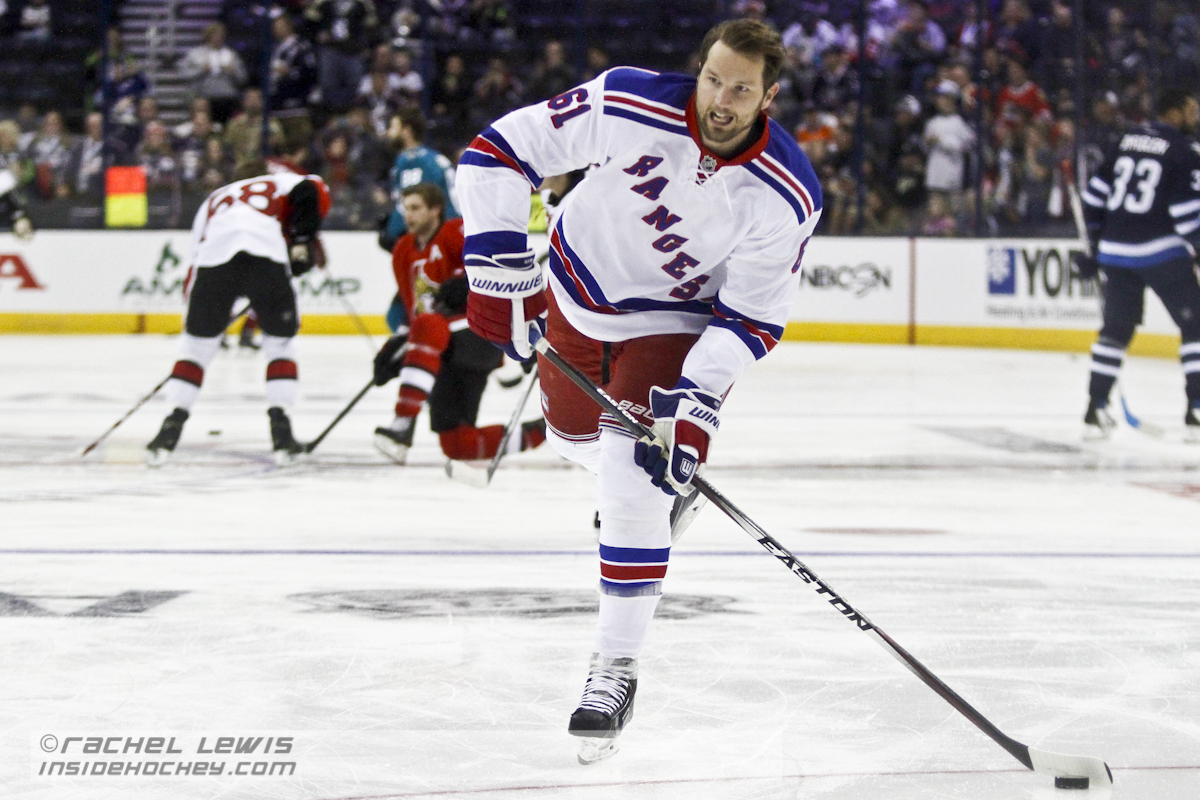 After last year’s trip to the Stanley Cup Finals expectations surrounding the New York Rangers were very high. They were coming into the season with most of the team still intact—all those key players that led them during the playoff run were still in a Rangers uniform—and with renewed hope that this season would be the one where they would lift the Cup.

The road was a little rocky in the beginning, but the New York Rangers have shown how speed can be more dangerous than strength and that depth makes it easier to win games. New York has been on a tear in the past few months winning 8 of 12 in the month of January and winning their first two games in February, including Wednesday night’s matchup against the Boston Bruins.

Now, only two points separate the Rangers from the top of the Metropolitan Division, and they have two games at hand over the division-leading Penguins. How has the team turned things around?

No Lundqvist, No Problem

Since Tuesday night, the New York Rangers knew they were going to have to face the Boston Bruins without their star player: Henrik Lundqvist. The organization reported that Lundqvist would not be available for the game because of an injury he sustained after a puck to the throat. The injury was not specified and came as a surprise seeing that Lundqvist stayed in the game after being struck in the neck on Saturday versus the Carolina Hurricanes and played again Monday night. He is currently listed as day-to-day

Without Lundqvist, the team’s short two-game winning streak was in jeopardy and two desperately needed points against an equally hot Eastern Conference foe was going to be that much harder to grab—or so it seemed. As Lundqvist most likely watched the game from the luxury of a box, Cam Talbot stepped up in his place and redeemed himself with an outstanding performance against the Bruins. It was Talbot’s first start since January 15 when he faced the formidable Bruins and gave up three goals in a 3-0 road loss. But Talbot has come up big in tight spots for the Rangers, and continued to excel in his backup position Wednesday night, making 23 saves and securing a much needed victory against a team they can likely see in the postseason.

While the Rangers would not want to know what it feels like to have Lundqvist out long term, it should be comforting to the team to realize that they have a solid backup goaltender in Talbot. He has only made 10 appearances this season, but he has a 5-4-1 record, a .924 save percentage and a 2.14 goals-against average, and three shutouts.

Speaking about last night’s win against Boston Talbot said: “I really didn’t have to do a whole lot. The guys did a great job in front of me. They didn’t get too many Grade-A quality chances tonight, even on their power play. Our guys didn’t let a lot of shots get to the net, so a lot of credit goes to them tonight.”

The organization, the coaches and the players have shown they have great confidence in Talbot. They play strong in front of him and give him the opportunity to prove what he is capable of. Although he doesn’t play much, when he does, he plays his role perfectly.

The emergence of Rick Nash

Rick Nash, welcome to New York! While the former Blue Jacket has been a New York Ranger since the 2012-13 season, he has only become the player New York has been waiting to see this season. From the get go, he has emerged as an offensive tour de force, scoring goals and creating plays. He has led the Rangers throughout the first 49 games and has proven to be an asset in all areas of the game.

The game has changed a bit for those superstar players like Nash. You don’t just see them when their team is on offense, you also see them play defense. Some coaches would sit their best players on the penalty kill because—well it made sense not to use them; you have a smaller chance of scoring and there is an increased risk of injury by blocking shots. Alain Vigneault has gone against the grain and more coaches are following. Nash is now a part of both the Rangers’ special teams units, and his presence of the PK has paid dividends. He has become one of the most dangerous players on the ice during the PK. He has tallied four short-handed goals this season alone, which is already two more than he had in 65 games last season. He adds a big-body presence, which makes it harder for his opponents to get a clear shooting lane, and uses his hands to create turnovers.

Overall, Nash is playing each aspect of the game with confidence and his team is following suit. The Rangers become a more dangerous team when Nash is hot and, right now, they are a team to be feared.

New York will still experience bumps along the way, but if they continue to find ways to score on the power play and stay solid defensively, the Rangers will be in good form going into the postseason.

So far this season, the Rangers have shown heart, resilience and skill, as well as their ability to beat some of the League’s best teams. But if they want to continue inching their way up the standings, they will have to find a way to figure out teams that have given them a tough time, like the New York Islanders. There is a lot of hockey left to play, and the Rangers want to continue doing exactly what they’re doing.