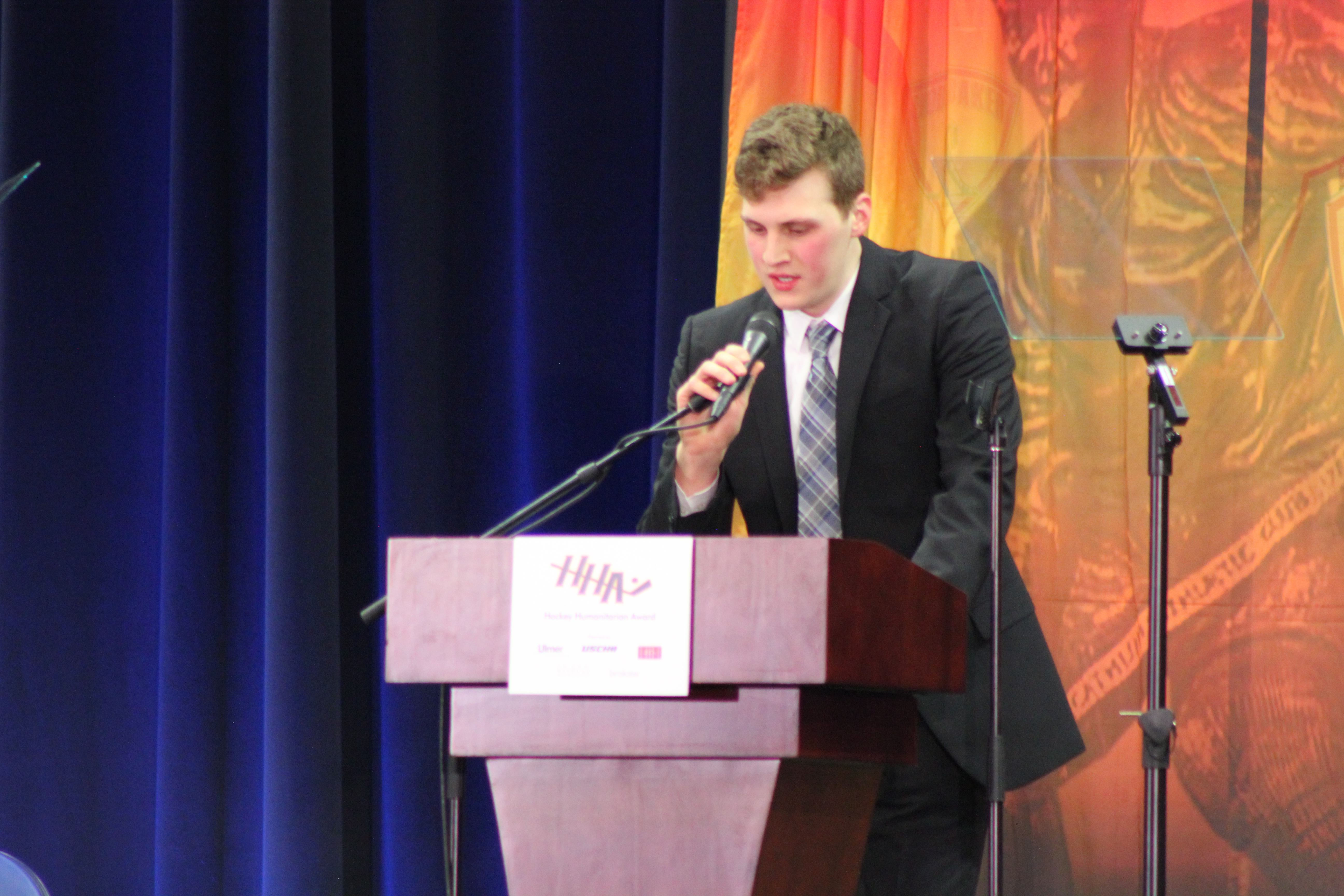 The finalist for this year’s sixth incarnation are Northeastern’s Cayden Primeau, Arizona State’s Joey Daccord, Quinnipiac’s Andrew Shortridge, Minnesota-Duluth’s Hunter Shepard, and Clarkson’s Jake Kielly. The shortlist was chosen by the coaches of all 60 Division I schools, then whittled down by members of the media. These five have been deemed the best of the best, having been on the original 10 man finalist list.

Cayden Primeau, Northeastern: Primeau backstopped Northeastern to the Hockey East tournament championship. He was a wall for most of the season. The sophomore from Voorhees, NJ finished his season with a 25-10-1 record, 2.09 GAA, .933 Sv %, a .708 win % and 4 shutouts. Primeau was the Hockey East Goalie of the Year.

Joey Daccord, Arizona State: Daccord stood on his head for the Sun Devils, and he needed to. He helped backstop the Independents to their first-ever NCAA tournament. Daccord’s statistics aren’t as gaudy as the other finalists due to his playing for a weaker team, but he did register 7 shutouts, 2nd in NCAA play. More than anything it was his play that elevated the Sun Devils this season.

Jake Kielly, Clarkson: The Eden Prairie, MN native carried the load for the Golden Knights this year. Leading his team to overtime in the opening round of the NCAA Manchester Regional. Kielly finished with a 26-11-2 record, 1.91 GAA, .929 Sv %, and 5 shutouts.

Hunter Shepard, Minnesota-Duluth: The junior goalie has his Bulldog team in their third consecutive NCAA Finals. Shepard posted a 28-11-2 record to this point. He carries a 1.80 GAA and a .922 Sv % while posting 6 shutouts.

Andrew Shortridge, Quinnipiac: Shortridge split time with Keith Petruzzelli early this year before taking over full time. Shortridge’s has the best numbers of the finalists but played the least amount of minutes. He had a 1.51 GAA, .940 Sv % and had 4 shutouts. Shortridge was the ECAC‘s Goalie of the Year.

Primeau, who just left Northeastern for the Montreal Canadiens, leaves as one of the Huskies most decorated goaltenders. Primeau won two Beanpot tournaments and the Hockey East Tournament in his two years.