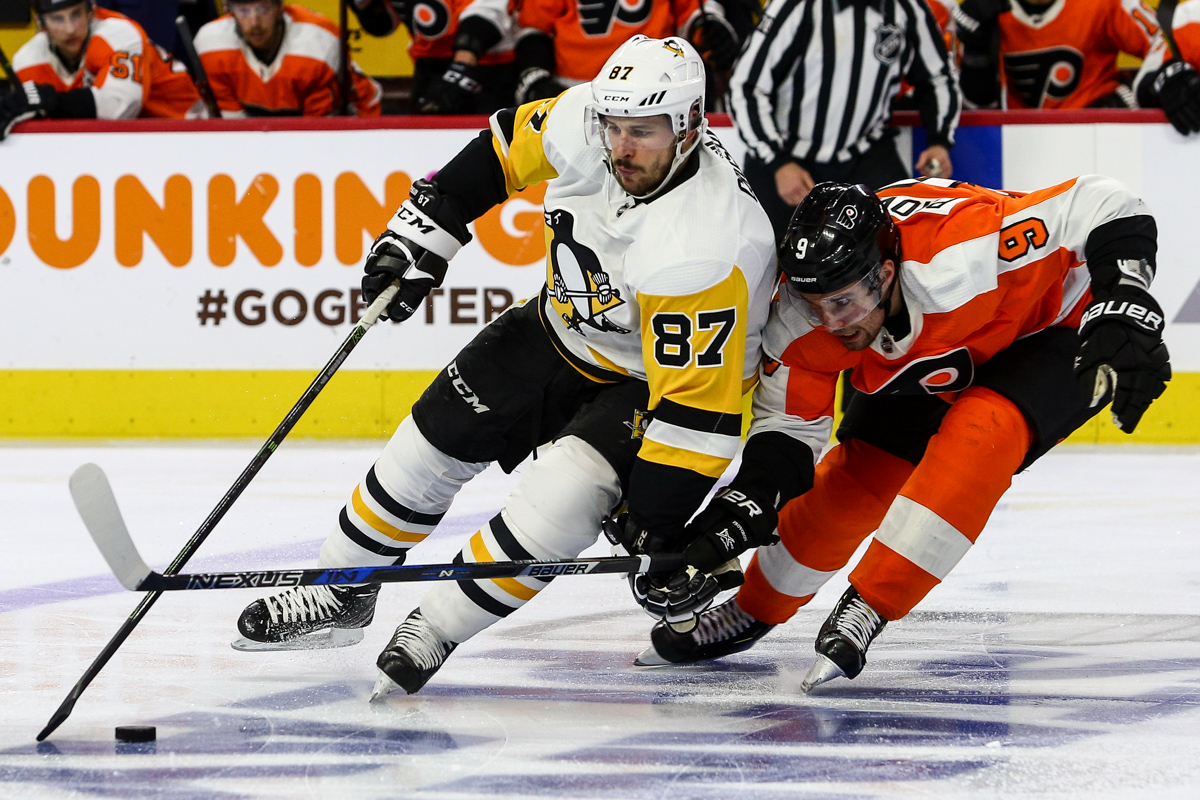 Previews and Questions on the East Division

On the eve of the opening of camp around parts of the league with the rest not far behind, there’s reason for excitement as the 2020-21 season is upon us. There’s still a long way to go on the execution and (fingers crossed) completion of a regular season and playoffs, but the schedule is set and now weeks–not months–away. No true conferences in this temporary re-aligned NHL, but the “East” division enters with eight teams from the conference that bears its name. Boston and Buffalo (Atlantic) join New Jersey, the Islanders, the Rangers, Philadelphia and Pittsburgh (old Atlantic-turned Metropolitan) and Washington (old Southeast-more recently, Metropolitan). Travel-wise, the East won’t share the same hardships shared by the other three divisions, whose teams span multiple time zones and will log considerably more frequent flyer miles. But with puck drop imminent, there’s still some things worth wondering.

Players that won’t be in the lineup when the Bruins open their season versus the Devils on Jan. 14: David Pastrnak (hip scope/labral repair), Brad Marchand (sports hernia), Torey Krug (signed 7-year deal with the Blues in the offseason), captain, Zdeno Chara (signed a one-year contract with the Capitals on Wednesday).

The subtraction of Boston’s leading scorers isn’t permanent and the blow is lessened by the delayed start to the season. But replacing Krug and Chara’s minutes on defense will be considerably tougher.

On Instagram, Zdeno Chara confirms he is leaving BOS pic.twitter.com/sY5Yz8WIeB

While the Bruins did sign Craig Smith, a nine-year Nashville Predator with five 20-goal seasons, it’s easy to see why fans in Beantown are unhappy with the offseason, culminating in the departure of their 14-year captain.

When you look at the Sabres you look at a team that at the very top should be fun to watch. Why wouldn’t you be excited for the potential first line of Taylor Hall-Jack Eichel-Jeff Skinner. You’re assuming that the two alongside Eichel have bounce-back seasons, one signing a one-year deal in the offseason; the other coming off a miserable start to an eight-year, $72 million extension.

You also see a team that’s got a lot of its roster betting on themselves–which should be good news for head coach Ralph Kruger and first-year GM, Kevyn Adams. Hall is betting on a return to normalcy in the market when he can return to free agency in a post-COVID world. Sam Reinhart, who signed a one-year contract extension, is betting on another season that values him at a north of $7M AAV on a long-term deal–he’s got one season left with RFA status. Jake McCabe, Brandon Montour and Henri Jokiharju join Rasmus Dahlin as prime-aged defenders in contract seasons. Linus Ullmark, who is going to get his third-straight season of NHL goaltending, is also in a contract year. Something to prove and something and  gain here and along the way, they might just be an intriguing team to monitor.

The Devils already figured to be in tough this season following a year in which they fired their coach and GM, traded their captain and the franchise’s only league MVP and bought out Cory Schneider. The news that Nico Hischier won’t be available to begin training camp is concerning, but the belief is that the injury isn’t considered long-term. There’s again a cloud of uncertainty hanging over the team though with contracts set to expire on important players, namely Kyle Palmieri.

Since coming to New Jersey in 2015-16, Palmieri has finished as the team’s leading scorer in four of five seasons. He grew up in Montville and staying in the Garden State might suit him just fine, but he’s also missed the postseason in each of his leading seasons. He watched Blake Coleman get shipped to Tampa and promptly win a Stanley Cup. You just wonder if that’s something he’d get excited about if the contract status remains up in the air and the Devils aren’t in a position to make the playoffs.

Nikita Gusev and Travis Zajac are also in the final season of their contracts as Tom Fitzgerald tries to navigate the future of the club in his first full season as general manager.

Quinn Hughes on the potential of a potentially 9-month lay-off for his brother, Jack #NJDevils:

"I think this is maybe the best thing that could ever happen to my brother if I'm being completely honest. I think that he's an unbelievable player… 1/3

We’ll switch it up here a bit and start with the questions, because the biggest one is still lingering: how long does the Mat Barzal contract take to get finalized? Lou Lamoriello didn’t do much in terms of adding this offseason and subtracted fellow RFA, Devon Toews as the team dealt with cap woes.

Johny Boychuk’s retirement due to an eye injury means the team can put his $6 million cap hit on LTIR for the remaining tow seasons on his contract. That space will help in their pursuit to sign Barzal to a long-term deal, but it doesn’t appear to be on track to be finalized before the Isles open camp on Jan. 1.

After winning the Artemi Panarin free agent sweepstakes a year ago, the Blueshirts followed this year’s offseason by winning the NHL’s second phase of the draft lottery and the right to select Rimouski winger, Alexis Lafreniere first overall. It was the second-straight year of lottery luck for New York after selecting Kaapo Kakko second overall in 2019.

In with the young core and out with some familiar faces, the team emotionally said goodbye to mainstays, Marc Staal (traded to Detroit) and Henrik Lundqvist (bought out). They re-signed forwards Brendan Lemieux and Ryan Strome and defenseman, Anthony DeAngelo. They have the look of a young, competitive roster that just might be playing with house money this season–eight players that figure to be regulars are still on their entry-level contracts.

No more of the three-goalie rotation as Alexander Georgiev and Igor Shesterkin will share the crease and ring in a new era of Rangers goaltending.

At the time of the league’s pause due to COVID-19, the Flyers were coming off a loss to the Bruins, their only loss in their final 10 games of what ended up being the regular season. In the bubble, they maintained form, beating out the 100-point Bruins, division-foe Washington and eventual Cup champions, Tampa for the one-seed in the East as the playoffs got underway. After taking out Montreal in six games, they got undone by the Islanders in seven. They return virtually the same roster this season.

That includes Sean Couturier and Travis Konecny, who in a blink of the eye, have become reliable contributors along with Jakub Voracek and Claude Giroux, still productive members of the old guard. It’s the kind of mix though that just might put the city of Brotherly Love in the mix to knock at the serious-contender door. Add Ivan Provorov, Travis Sanheim and goalie, Carter Hart behind the play and you have the recipe for a pretty good team.

For the first time since his rookie season, Sidney Crosby and the Penguins failed to qualify for the postseason, stunned in a four-game defeat  by the Canadiens in the play-in round of the NHL’s return to play. Carey Price did his part, posting a 0.947 save percentage in four games.

It might have been a short series in the midst of a tricky situation, but Jim Rutherford knows his team’s window isn’t getting wider. It came as no surprise that the the GM again decided to shuffle the deck after dealing Phil Kessel the year before in another shakeup of the roster. This time it was Kasperi Kapanen–once dealt by the Pens–returned back in a deal that included Pittsburgh’s 15th overall pick to Toronto. They also shipped out Nick Bjugstad and Patric Hornqvist and cleared up the crowded crease, sending Matt Murray to Ottawa.

Mark Jankowski and Cody Ceci signed in the Steel City via free agency, a pair of low-risk deals to add depth to a team that knows its important pieces are at the top. But much of that top is north of 32 and the urgency is understandably high.

At the time I started writing this piece–some 1,990 words prior, the Capitals hadn’t announced that they had signed Chara. But that’s now official, the 43-year-old signing a one-year, $795,000 deal on Wednesday. The deal follows an offseason in which ex-Penguins, Justin Schultz and Conor Sheary come on board along with Trevor van Riemsdyk. The news on Chara comes just days after the announcement that Henrik Lundqvist will be forced to miss the season due to a heart condition.

A message from Henrik: pic.twitter.com/JJDe2lKAXz

Everyone is rooting for Lundqvist–an impossible person to dislike. Even given the strange look, it was going to be fun to watch the netminder take a run at the Cup with the Caps following a magnificent career in New York. Now, Washington will try and find another option for its tandem along with Ilya Samsonov. Craig Anderson will accompany the team in training camp on a professional tryout.

Like Pittsburgh, this is a team in a win-now mode with the years of being able to do so numbering. Before the news with Lundqvist and now with Chara, that’s clearly on display, bolstering its roster with pieces that still have something to offer to a team with serious cup pursuits.