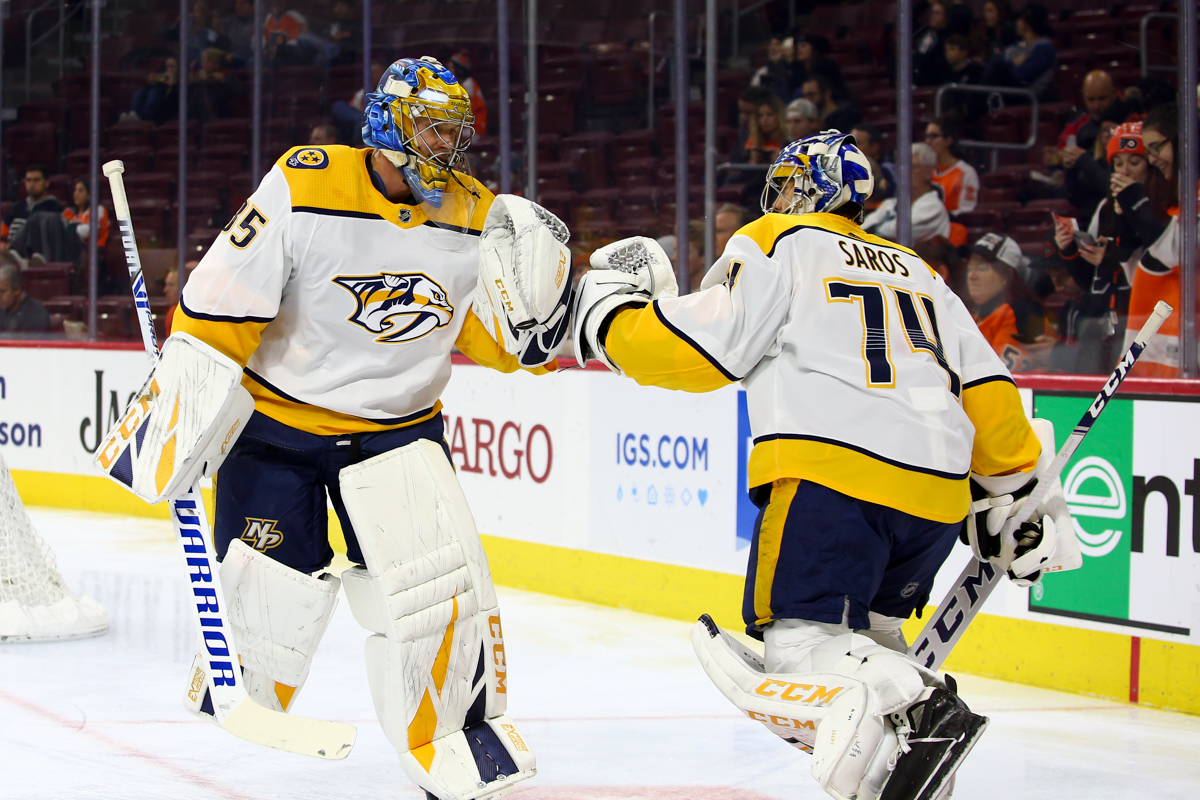 NHL teams must keep moving forward despite many of the obstacles that the current Covid-19 pandemic has caused with the suspension of the current season.  The Nashville Predators are working on developing the future of their organization and have a number of top prospects ready to put on a Predators uniform down the road.

The key to success with any sports franchise lies in its ability to move forward regardless of adversity.  Throughout the history of the NHL, teams have had to deal with two World Wars, a Great Depression, team expansion and player lockouts.  Teams, players and fans alike have never witnessed a complete shutdown not only of hockey, not only of sports in general, but in many instances daily life as we know it.  One of the most attractive things about the sport of hockey is the rough, determined type of play that is displayed in every game and for this very reason I know that hockey and the NHL will be back -soon.

As teams take stock on where they are during this season hiatus, each franchise needs to look at their player needs and how they can win games and a Stanley Cup.  For the Nashville Predators, life in the competitive Central Division means staying ahead of their divisional rivals and part of that solution is by continually building on a successful prospect pool.  Despite the indefinite suspension of the upcoming NHL Draft, teams will still need to find young players who can be the future of their organizations.  For the Predators, they already have in place a stable full of strong prospects ready to put on the big club sweaters in the next couple of seasons or sooner.

In a previous article, I discussed some of the top Predators prospects but want to expand on what this organization is doing with their young talent.  One of the inherent weaknesses of the Predators the past few season has been with their blueliners and they may have found an answer to some of those problems in defenseman David Farrance.  Farrance, a 20 year old out of Rochester, NY is a top prospect developing in the collegiate ranks.  Originally drafted in the third round of the 2017 Draft by the Predators, Farrance has become a top NCAA scoring defenseman at Boston University.  The 5’11”, 189 lb. blueliner had a standout junior year this season for the Terriers and in 34 games played (before the season cancellation) had 14 goals and 29 assists and certainly can expect to have another standout season next year should he stay in college.  Farrance provides solid defense and according to The Hockey News has become one of the great blueliner scoring threats in the collegiate ranks and will help anchor a Predators defense in the near future.

The Predators are also working on cultivating their future stars with their AHL franchise in Milwaukee.  The Admirals currently have on their roster a number of developing project players who will no doubt find their place in due time on a Predators line in the NHL.  One of the top prospects on the Admirals roster is Rem Pitlick.  Pitlick is a 5’11”, 202 lb. center and has been predicted to be a top offensive scorer once he makes it to the Predators.  While there has been some question about his physical size as an NHL center, his scoring prowess in  Milwaukee this season shows that he can be an offensive contributor.  Pitlick scored 20 goals and had 16 assists in 63 games while his 10 power play goals this season shows that he may be a weapon on special teams and that talent may be his ticket to move up to a lower tier Predators line in the next season or two.

As Juuse Saros looks to be the heir apparent to eventually replace Pekka Rinne in the goal, Admirals goalie Connor Ingram is solidifying his role as a potential backup to Saros within the next year or two.  Ingram is a 6’1″, 200 lb. netminder and this season with Milwaukee posted 852 saves, a GAA of 1.92 and a save percentage of .933 while posting a record of 21-5-5 and two shootouts in 33 games for the Admirals.  Time and patience will be needed to further develop Ingram into a true NHL-caliber goalie and his move from the Tampa Bay organization to the Predators system seems to have helped his career.

Egor Afanasyev looks to move up in the Predators organization into the minors this next season.  The 19 year old Russian left winger had a great season with Windsor in the OHL this year and in 62 games scored 31 goals and 36 assists which shows he is an offensive force to be reckoned with.  Combined with his large, 6’4″, 201 lb. frame, Afanasyev is a forward in a defenseman’s body and his size combined with speed should eventually find him in a Predators uniform full time.  Afanasyev is a work in progress and his rawness and youth means he is a project for the future.