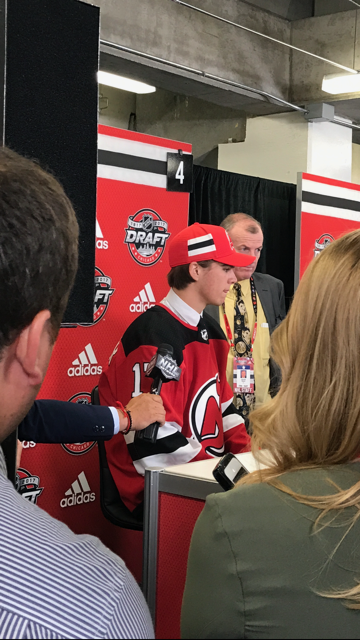 The unofficial start to the offseason has arrived. I suppose the actual start began moments after Tampa captured their second-straight Cup in a five-game Stanley Cup Final. There were some moves that came just prior to what was, comparably speaking anyway, a quiet expansion draft–no side deals and at the time of this being written just one swap made by the Kraken–Tyler Pitlick sent to Calgary.

There was Duncan Keith and Viktor Arvidsson; Ryan Graves and Nick Leddy sent from the expansion-troubled Colorado and NY Islanders; Ryan Ellis shipped from Nashville to Philadelphia as the Preds open cap space and room for a new voice among its leadership core. More recently, the Rangers traded for and signed Barclay Goodrow while the Red Wings traded for the Hurricanes’ Alex Nedeljkovic–who just might be an answer in net for the rebuilding Wings. There was Shayne Gostisbehere and Andrew Ladd–now Coyotes after their previous homes looked to clear space with incentives included.

That’s some action. But historically speaking, the draft is among the more active periods of time. Of course, there’s something about putting GM’s, coaches, pro scouts and other execs in the same radius–the same floor–that got things moving. But, for the second-straight year, the Entry Draft will be held virtually. It could stall some of the moves as team decision-makers hone in on their selections in the toughest year for player evaluations in their careers.

That in mind, let’s review a few items concerning the Devils, who are scheduled to pick fourth overall and 29th, the first round pick they acquired from the Islanders as part of compensation for trading forwards, Kyle Palmieri and Travis Zajac.

The option to trade also exists for the Devils, but at four? That hardly seems likely. At the time of this being written, we’ve seen a rash of deals including Rasmus Ristolainen traded to the Flyers for a top-15 pick; Pavel Buchnevich to St. Louis; and the biggest (in many ways) Conor Garland and Oliver Ekman-Larsson exchanged to Vancouver for a package that is headlined by Friday’s ninth overall pick but is also anchored by a trio of non-cap friendly deals.

The Devils were rumored to be fielding calls for the fourth overall pick if the return was a young, mobile defenseman. But, who is honestly doing that in the current climate of the NHL? It would be tough. A pick at 29th would be the more likely route–though given the returns as of late, that might not yield a rostered player.