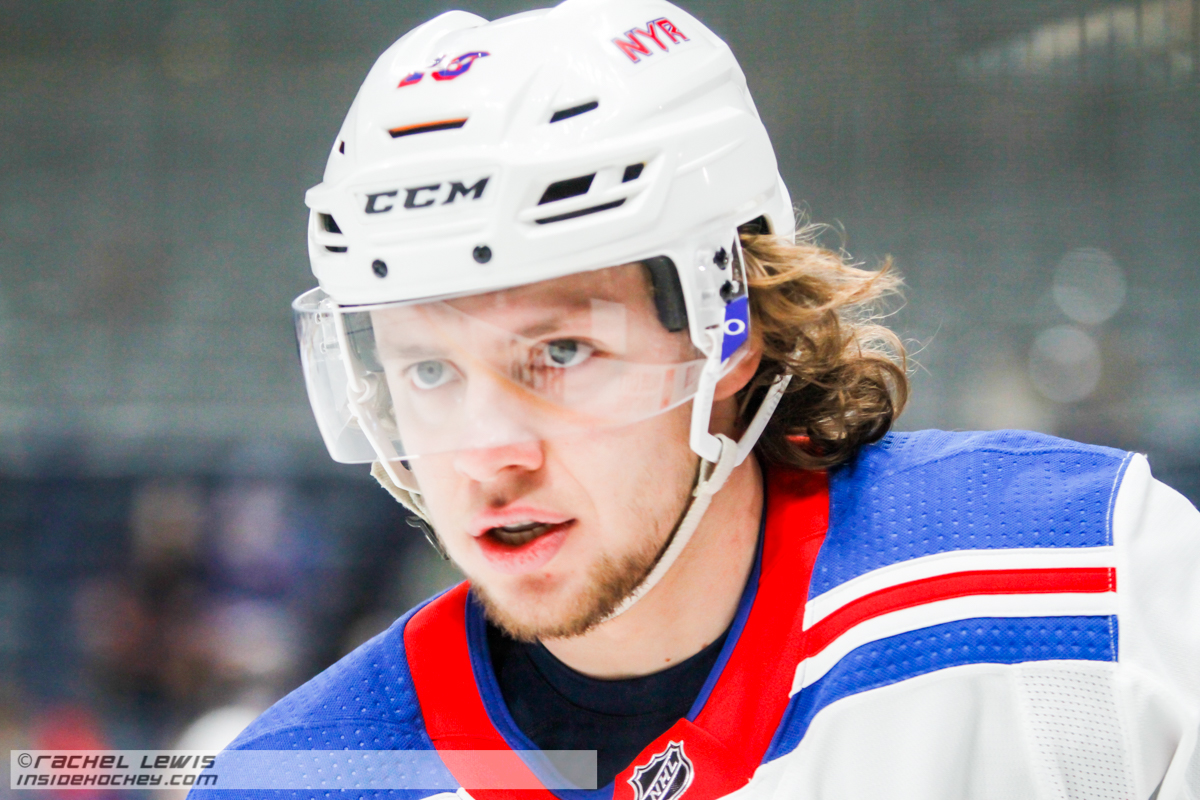 The Rangers came to Los Angeles, drawing out fans from New York for a Tuesday evening contest at Staples Center. Take the game as the Kings played it as a bit of a preview of their Thursday contest against the Ducks, and you might think they’ll bound in to Anaheim and take some bounty. Let’s see. Here are the details of Tuesday night for you as you consider the possibilities for the second LA-Anaheim battle in just over a week.

The Rangers played a whale of a first period, eventually outshooting the Kings 14-11, but the play of the period was at the very end. Matt Roy wristed a puck from the blueline, and hit the crossbar. The played stayed in the Rangers’ end. The Kings kept up the pressure, Kyle Clifford shooting a puck across the crease after having spotted Dustin Brown. It was a long pass, eluding several Rangers’ players, the work of a master. Dustin Brown got a hold of it and redirected it past Lundqvist. There were 10.1 seconds left in the period.

Up until then, most of the play had been in the LA end, and Jonathan Quick was sharp on several chances. He looked mobile and active but more contained than he has in recent games. Kaapo Kakko tested him the most, three times by the end of the night. The only power play of the frame was on a penalty by Matt Luff, for high-sticking. He did this with just less than five minutes expired. The Rangers poured on the offense, making it impossible for the Kings to clear. No goals, obviously. The New York PP came in 12thin the league, while the Kings’ PK was 29thin the NHL.

The goal, by the way, came so late in the period that Dave Joseph didn’t announce it until the start of the second period. Never seen that before. Assists went to Tyler Toffoli and Roy.

Whatever was said at the intermission, the Kings came out strong. They outshot the Rangers early, and they kept the puck in the Rangers’ zone. This was partly helped by the early rush of Austin Wagner, who wheeled into the zone and fired a wrist shot that forced a leg save. Quick then was forced to make a good save on an awkward redirect, and as so often happens, the puck went down ice the other way and Kopitar slid a puck long side and just past the post.

The Kings had a power play after this, with the puck bouncing everywhere but into the net, and on the end of that, a two-on-two for the Rangers. Action all over the ice, in other words.

The best push by the visitors somewhat replicated what the Kings did at the end of P1. The Rangers tested Quick right at the horn. Meanwhile, Tyler Toffoli, possessing of a goal and an assist already, got himself mixed up with Brendan Lemieux in front of the visitors’ bench. It was a bit of pushing and shoulder holding in the end.

Prior to this, at 14:09 of the second period, Austin Wagner had fought Brady Skjel. It wasn’t rock-em, sock-em, but there were some punches thrown. Skjel appeared to drive Wagner’s head into the boards at the end as they fell. Hockeyfights.com shows Wagner as having ten fights going back to his Junior days. Three were NHL, with this the second one this year. The other NHL one was in preseason in 2018.

The third period started even, and shortly featured another fight, when Brendan Smith hit Kopitar of the Kings. Smith and Kurtis MacDermid fought, briefly. Never a good idea for the opposition. MacDermid ended it fast, though not in KO fashion They fell together into the boards in front of the penalty box, and then were, naturally, sent there.

The Rangers had a couple of chances on Quick mid-period, but they didn’t score until late. It was on the power play and with the goaltender pulled. The call had been an odd one, a trip on Dustin Brown when it appeared the Rangers’ player had backed into Brown and fallen over his stick (or hip?). The New York scorer was Panarin, and the goal came with 31 seconds to play. They kept at it, but in the end, it was an empty-netter that made the game 3-1 for the Kings. Kempe got the goal.

Shots were 30 New York, 26 Kings, who usually outshoot their opponents, so in every way, the Kings played a complete game. Should they do this down the 5 freeway tonight, they’ll be by far the superior squad.