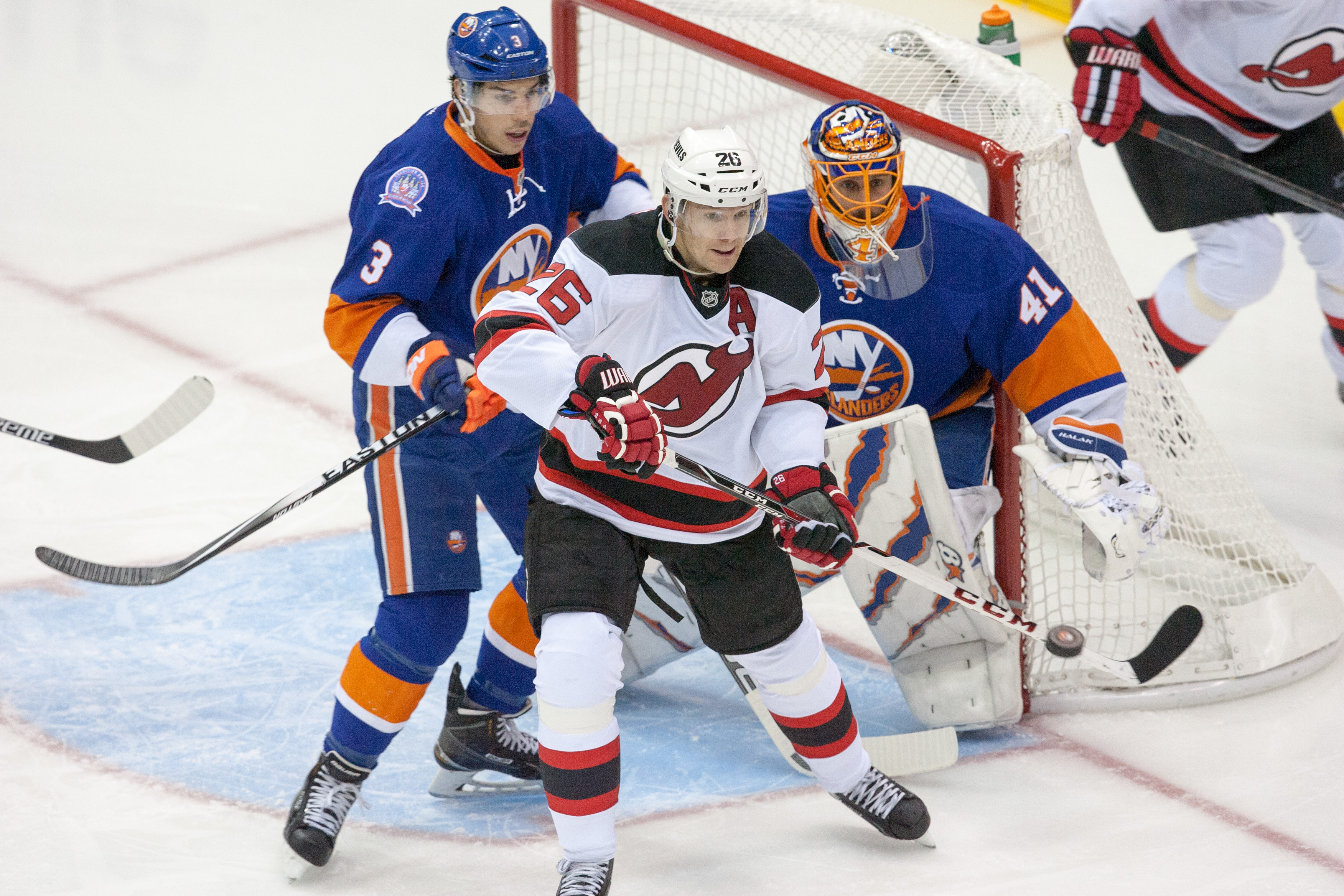 That’s how much time it took for the Bruins to accrue a 3-1 lead in the second period.

Patrik Elias started the frame with a 5-on-3 power play goal to tie the game at 1-1.

Less than one minute later, the puck bounced out of New Jersey’s offensive zone to Brad Marchand, who gave the Bruins back the lead with a shorthanded goal. And  59 seconds later, Jarome Iginla broke through the Devil defense to give Boston a 3-1 lead.

After a sluggish first period and two early goals in the second period, the Devils couldn’t recover. They fell to the Bruins 4-2 on Tuesday night, and are on a three-game losing streak.

“It’s not easy to go through a losing streak like that when you know you can afford to lose any games,” Martin Brodeur said.

The Bruins had already taken nine shots on goal before Travis Zajac sent New Jersey’s first shot on goal with 11:08 minutes left in the period. The Devils surrendered 15 shots in the opening frame.

“I’m really disappointment in our start. The first period was inexcusable for the situation we’re in and I don’t have an answer why,” DeBoer said.

“That’s not just the players, it’s my job to have them prepared to play. We weren’t prepared in the first period so that’s on all of us.”

In the same period, New Jersey surrendered some quality Boston scoring chances, including a 2-on-1 that started from a Bryce Salvador turnover.

But Brodeur came up with the stop, one of 14 he made in the period. While Brodeur failed to make a complete save on Iginla’s goal, he finished with 27 stops on the night.

“It’s the effort,” Elias said. “If it wasn’t for Marty then the first period the game was over in 10 minutes.”

On all four of Boston’s goals, the Bruins were able to cut through the Devils. Some chances were created with long passes down the ice, while others with sort passes through the neutral zone.

“All game long I don’t know if it was our changes or paying attention to detail, a lot of guys sneak behind our coverage and then got themselves a wide open chance because of it,” Brodeur said.

New Jersey added another goal with a wrist shot from Travis Zajac with 9:13 left in the game. It was one of 24 shots the Devils took.

Clowe said the Devils didn’t generate enough chances throughout the game, although they hit a few posts on Tuesday.