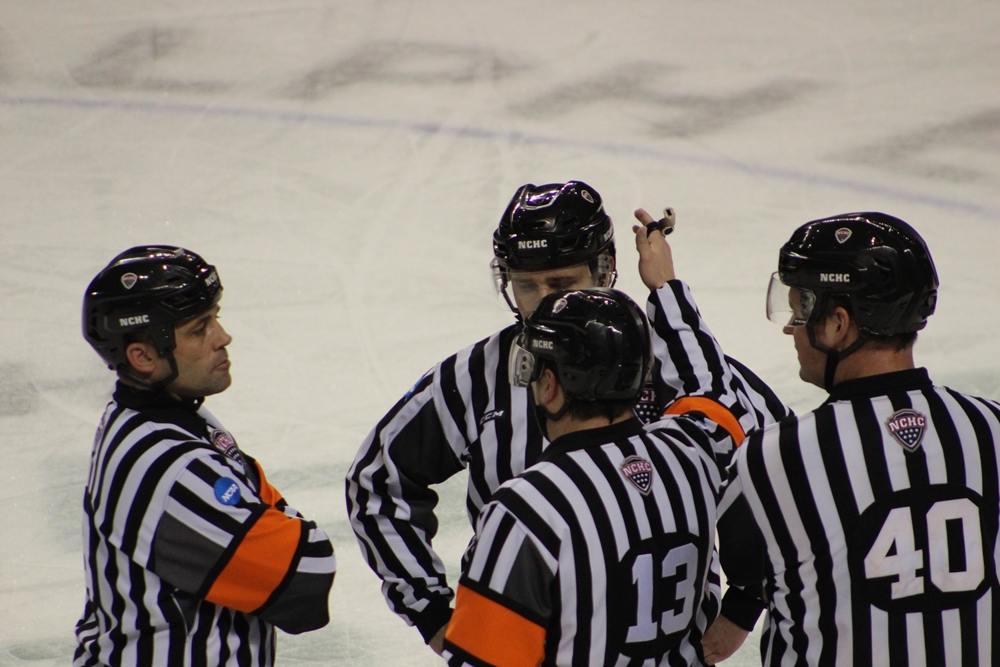 The University of North Dakota hockey team hadn’t played since December 9, 2017, so the boys in green and white were a bit rusty. Nothing like an exhibition game to knock off the rust. UND head coach Brad Berry shared his thoughts.

“It means a lot. When you’ve had a 9-10 day break and coming back after the Christmas holidays, there’s always a little rust, Berry said. “You can tell tonight. I thought we competed hard. The execution was a little bit off. For the most part, I thought we played a sound game.”

The Fighting Hawks will get back to conference play next Friday night against the University of Nebraska-Omaha.