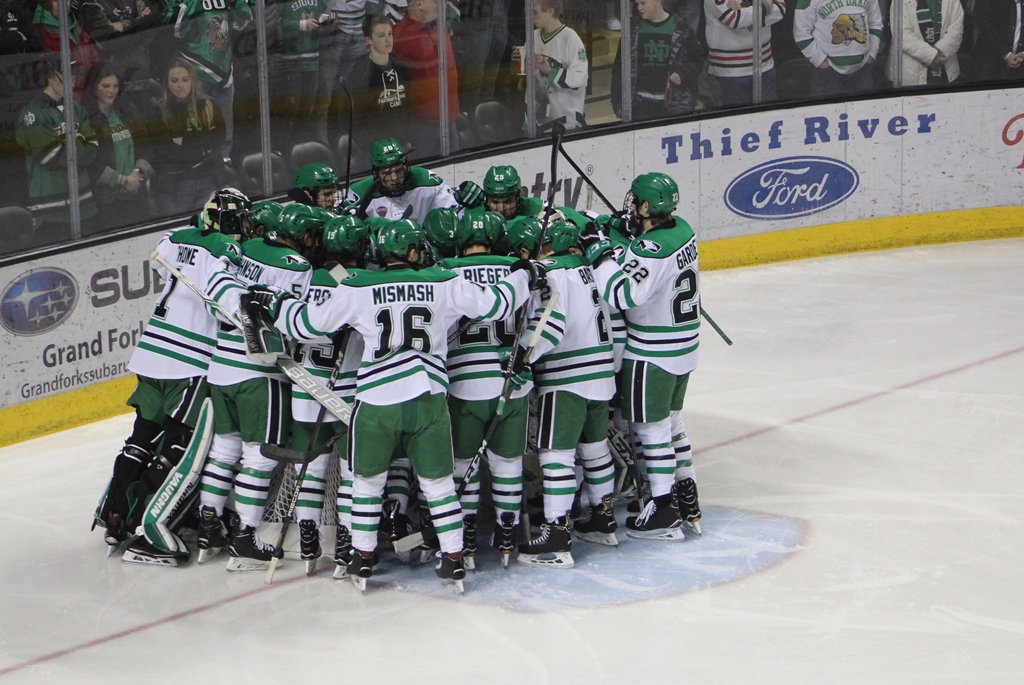 Head coach Brad Berry was pleased that his team won’t have to travel during the first round of the playoffs.

“It’s huge, Berry said. “Every time we talk with (our players) at the beginning of the season or during the introductory meeting we have a list of goals in front of us. The very first one is to get home ice. It took us till the last regular season game to get home ice and we did.

“Now everyone starts at zero. It’s a clean slate. We’re not off the hook yet. We have to win games to get into the national tourney, and that’s the next box. Getting into the Frozen Faceoff is another box. We have a list in front of us. Got the first one, now we’ve got to keep moving.”

The Fighting Hawks also cut it short, they didn’t secure home ice until the last game of the regular season. It was touch and go for a while. UND needed to tie or win in overtime to secure home ice.

“Never a doubt,” junior defenseman Christian Wolanin said. We probably took the hardest route possible. We set a couple of goals for our team and home ice was one of them.”