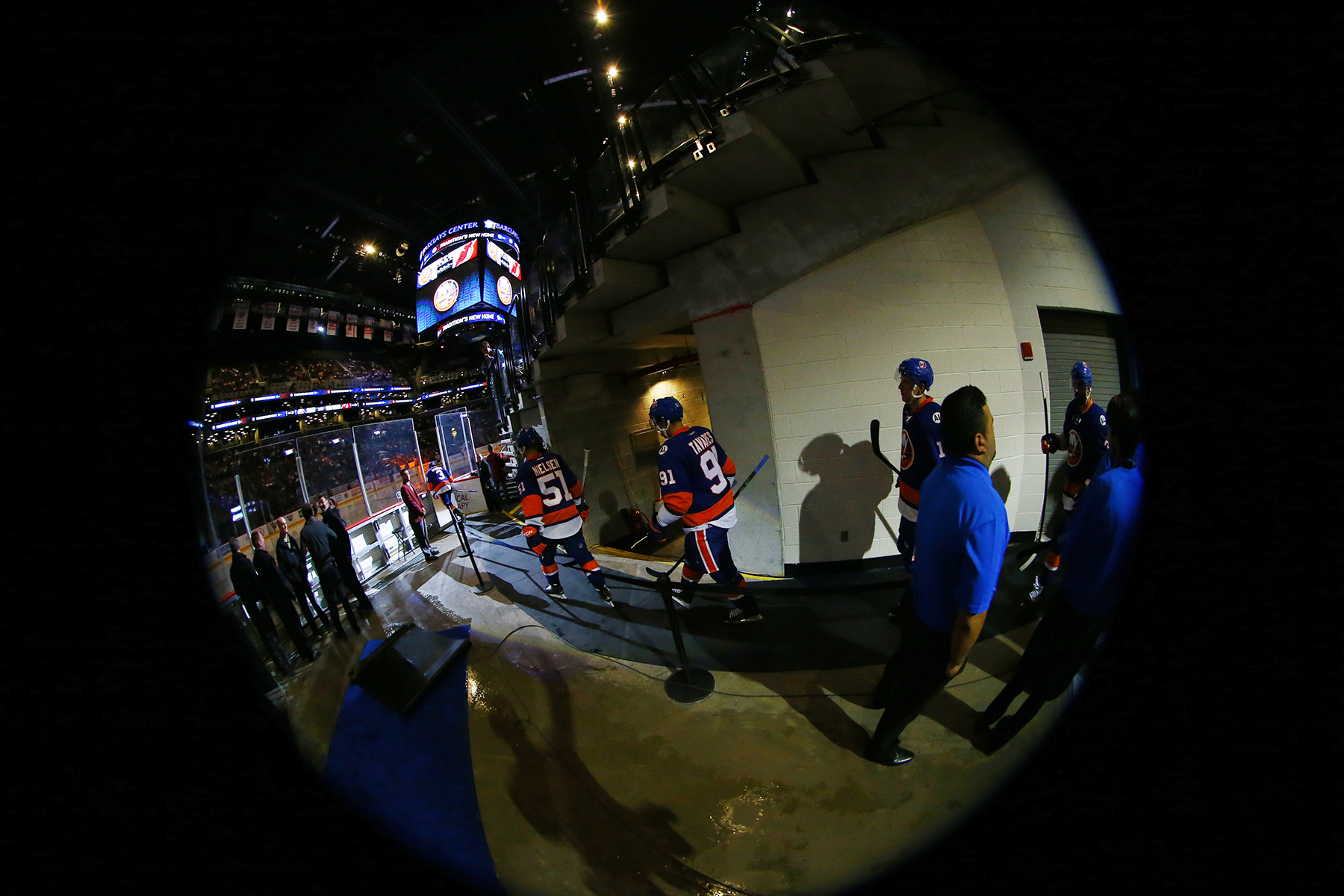 The New York Islanders and NJ Devils met at the Barclay’s Center in Brooklyn, NY, Wednesday night for their first meeting of the 2015-16 Preseason.  Both teams fielded rosters featuring both roster players as well as prospects, as they continue to make evaluations and cuts prior to the start of the regular season.

The New York Islanders won the game 2-1, with goals by Brock Nelson and Travis Harmonic.  After the game, a trial “Three-on-Three” sudden-death overtime game was played.