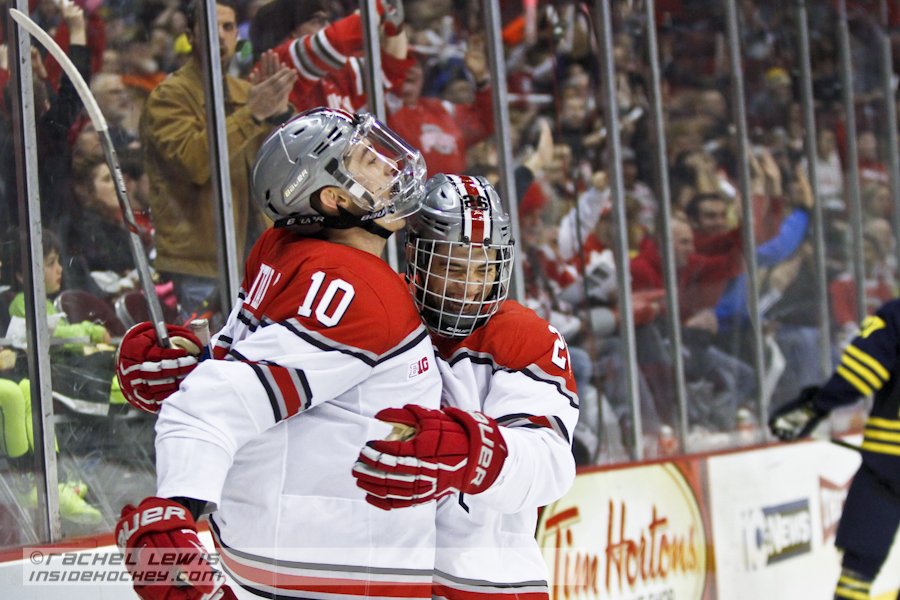 The Ohio State Buckeyes beat rival Michigan Wolverines in a shootout after skating to a 5-5 tie Friday, January 15, 2016 at Value City Arena in Columbus, OH.  OSU freshman Dakota Joshua sealed the deal in the 9th round of the shootout.  The shootout score was 3-2 OSU.  The Wolverines return to Columbus March 6, 2016 to play the Buckeyes at Nationwide Arena, home of the Columbus Blue Jackets.  (Rachel Lewis – Inside Hockey)