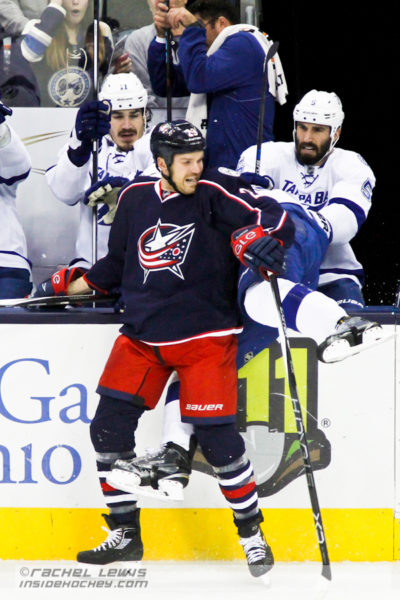 Columbus Blue Jackets goaltender Joonas Korpisalo made his NHL debut with a tough 2-1 loss against the Tampa Bay Lightning Monday, December 14, 2015 at Nationwide Arena in Columbus, OH.  This was a game that saw two no goal calls on Tampa and a controversial no goal call on Columbus late in the third period.  That goal by Columbus would have tied the game at 2-2.  (Rachel Lewis – Inside Hockey)