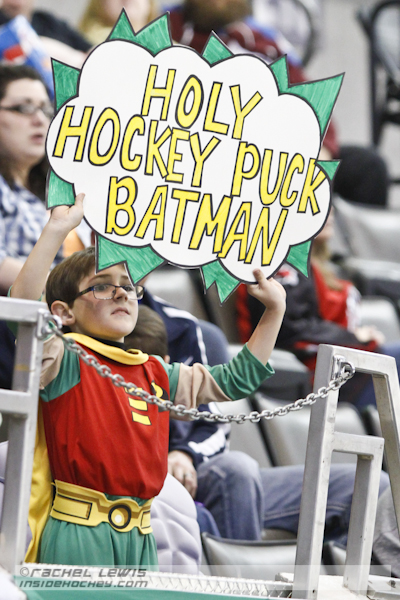 A young Havoc fan dressed as Robin on Superhero Night.

4,023 spectators were on hand to see the Huntsville Havoc beat the Columbus Cottonmouths in a shootout after skating to a 1-1 tie Friday, March 18, 2016 at Propst Arena at the Von Braun Center in Huntsville, AL.  The Havoc held its Superhero Night, in which the Havoc wore Batman jerseys and the Cottonmouths wore Superman jerseys.  The teams play in the SPHL.  (Rachel Lewis – Inside Hockey)