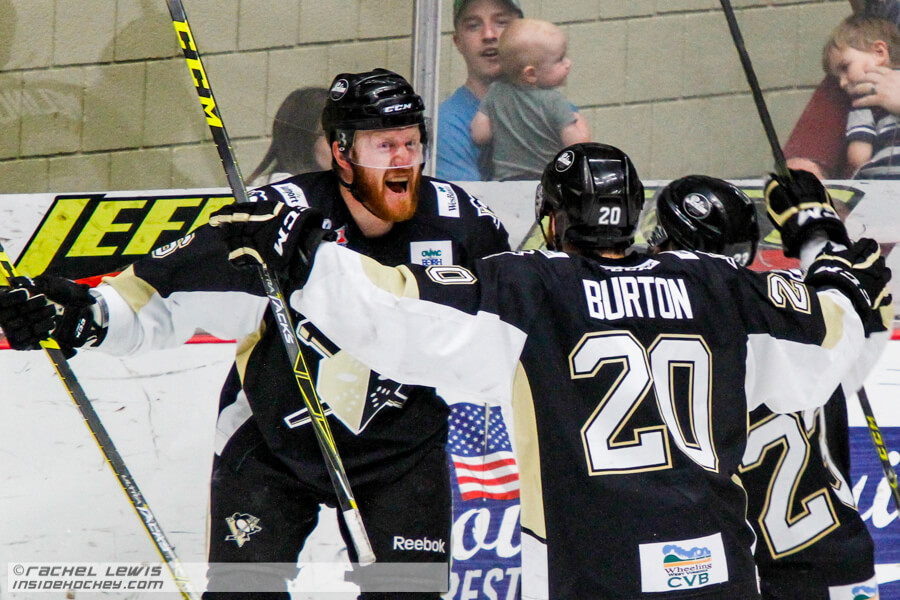 The Wheeling Nailers take a 2-1 series lead in the ECHL Kelly Cup Final with a 3-2 win over the defending champions Allen Americans Wednesday, June 1, 2016 at WesBanco Arena in Wheeling, WV.  This was the first Kelly Cup Final game ever played at WesBanco Arena.  As temperatures reached into the 90s outside, the Nailers remained hot on the ice inside.  Wheeling’s James Melindy earned the 1st Star of the Game with his game winning goal, his first goal of the playoffs.  Melindy was +2.  Wheeling’s Franky Palazzese received 2nd Star of the Game, stopping 28 out of 30 shots.  3rd Star of the Game went to Wheeling’s Anton Zlobin, who scored one of Wheeling’s three goals.  The teams return to WesBanco Arena for Game 4 Friday, June 3, 2016.  Game 5 will be Saturday, June 4, 2016.  The Wheeling Nailers have yet to win the Kelly Cup.  (Rachel Lewis – Inside Hockey)