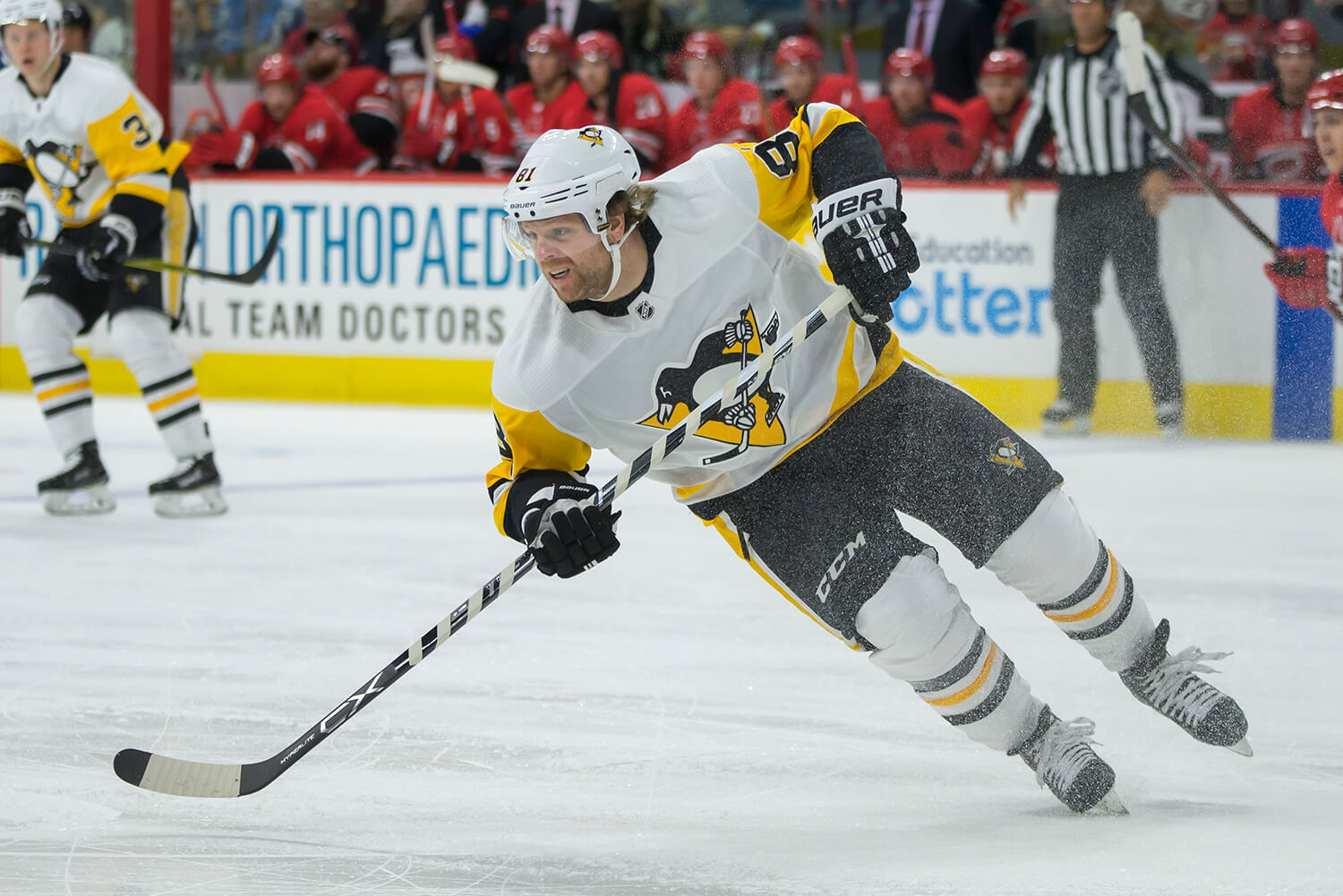 PHIL KESSEL (81) skates through the zone during a game against the Carolina Hurricanes at PNC Arena. The Hurricanes beat the Penguins 2-1 in Regulation.

Phil Kessel just keeps marching on and on. 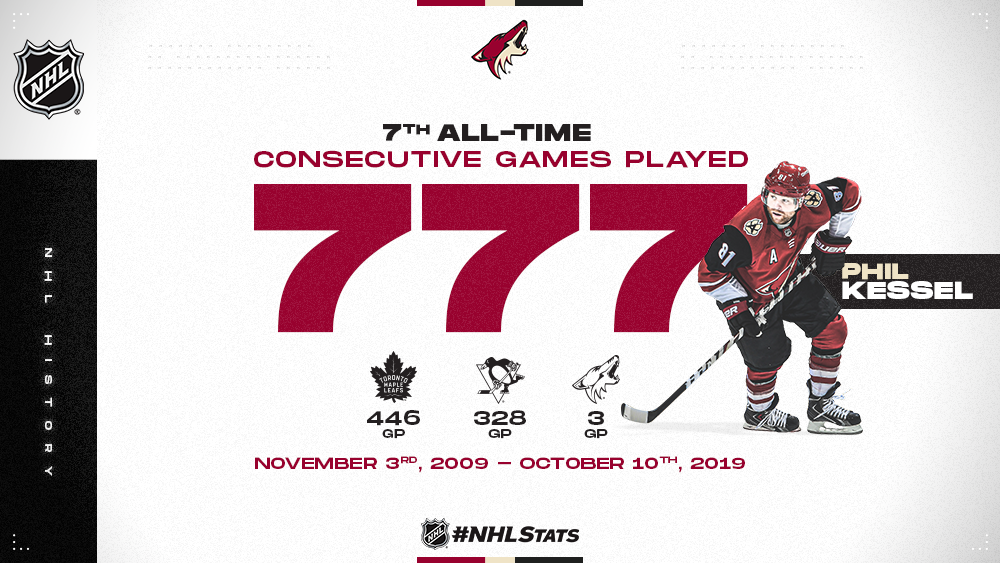 * Kessel’s 777th consecutive regular-season game and 999th of his career overall came exactly 32 years since Doug Jarvis extended his League-record “Ironman” streak to 964 contests on Oct. 10, 1987, in what would be his final NHL appearance.

“His streak, knock on wood, is incredible. You can pencil him in every time,” Arizona coach Rick Tocchet said. “The maturity of our younger guys should fast-track because of a guy like him.”