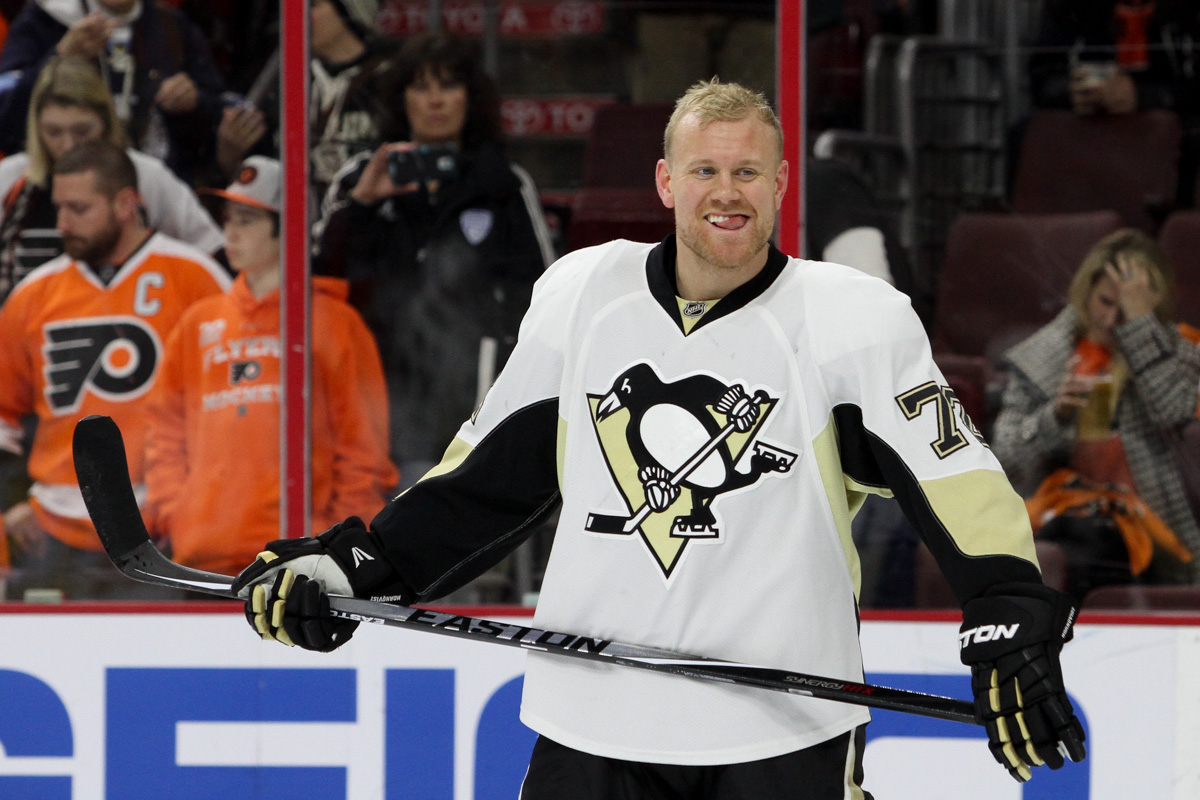 Evgeni Malkin ended the Penguins’ 2016 in fitting fashion, as the NHL’s leaders in third-period comebacks did it again. When Conor Sheary brought them back from a 3-2 deficit to tie the game with 55 seconds remaining, in fact, anyone who’s watched much of the 2016-17 Penguins probably saw Malkin’s game-winner in the extra frame coming.

“We’ve been down so many times this year,” said Patric Hornqvist, who scored his ninth of the season earlier in the contest. “Obviously you don’t want to put yourself in the situation but, when you do that and come back, it makes the team stronger. We have a good team and we always know we can find a way to win games in different ways.”

Only two NHL clubs – the streaking Columbus Blue Jackets and Minnesota Wild – had a better December than the Penguins. Their 12 wins marked only the fourth time in franchise history they had such a successful calendar month, and Pittsburgh had four players in the NHL’s top five for the month – Evgeni Malkin (20), who ended the year atop the league scoring race, Sidney Crosby (19), Justin Schultz (17) and Phil Kessel (16).

Pittsburgh would need every one of those points. Not just because they’re battling with the Blue Jackets, New York Rangers and Washington Capitals in the highly competitive Metropolitan Division, but because it would be more than a week before they had the opportunity to gain any ground in the standings as they headed into a seven-day break without a game, five without a practice.

A few of the Penguins stayed put and relaxed. Many sought out warm-weather destinations, as Malkin and Sheary headed south to Florida, Hornqvist and Carl Hagelin visited Mexico, and Bryan Rust went to the Bahamas. Crosby, perhaps the only Pittsburgher disappointed in a mild December, headed to Vail, Col., where he does high-altitude training in the offseason. “I kind of missed having a winter so got a little bit of one there,” the Penguins captain said. “A good few days.”

On Friday, though, it was back to business as the team reconvened for practice, minus forward Hagelin and goaltender Marc-Andre Fleury, both of whom were sick. Both returned on Saturday, as the Penguins prepared to face the Tampa Bay Lightning Sunday for their first game of the new year. Tampa has played three so far and lost them all, including a Saturday contest with the Philadelphia Flyers.

Will the Penguins’ week of R&R translate to energy or rust?

The organization hopes that, by having the players come back a couple of days early, they struck the right balance between letting bodies and minds recharge and getting back into game shape.

“This is a unique experience for all of us, in that not every team in the league is breaking at the same time,” said head coach Mike Sullivan. “We tried to handle it in a way, and encouraged our players to handle it in a way, that we hope will give us a competitive advantage if we take care of ourselves and do things the right way. We’ve certainly tried to put a game plan together that we think makes the most sense to prepare our team to play.”

So, the players spent Friday and Saturday shaking off the cobwebs.

“Just getting some work in [over the weekend],” Crosby said. “The majority of the guys are going to be rusty; that just comes with being away for a number of days. But I think we should have a lot of energy coming out of this.”

They’ll need it against a fast, skilled Lightning team that gave them all they could handle in a seven-game Eastern Conference Final last spring, and again in their first meeting of the year in December. The Penguins won that one – in come-from-behind fashion, naturally – 4-3.

“We have to make sure we’re strong with the puck,” Crosby said. “They feed off of turnovers, and we’ve really got to make sure we’re working hard to get back and help our D. They have some guys who are really dangerous and don’t need a lot of time and space to make plays.”

The break also gave a couple of injured Penguins time to heal. Defensemen Kris Letang and Trevor Daley, both of whom returned in late December, continued their recoveries. Forward Tom Kuhnhackl is ready to return, and netminder Matt Murray returned to skating on his own and with goalie coach Mike Bales.

“He’s making progress,” Sullivan said. “Obviously the next step is for him to join the team, and that’ll be day-to-day.”

They’ll all play key roles as the Penguins work to find the next level they’ll need if they hope to accomplish the rare feat of defending their Stanley Cup championship.

“I think our team has played hard,” Sullivan said. “I think we’re trending the right way. I think we’re becoming a better team each and every day, and that’s been our goal. We’ve had our ups and downs, but I think that’s just part of the learning process. Those adversities you hit through the course of the season, they serve you well when the stakes get high.

“Our coaching staff is comfortable with where we’re at, [but] by no means are we satisfied. We know this team has another level, and we’re going to push them and challenge one another to try to get there.”