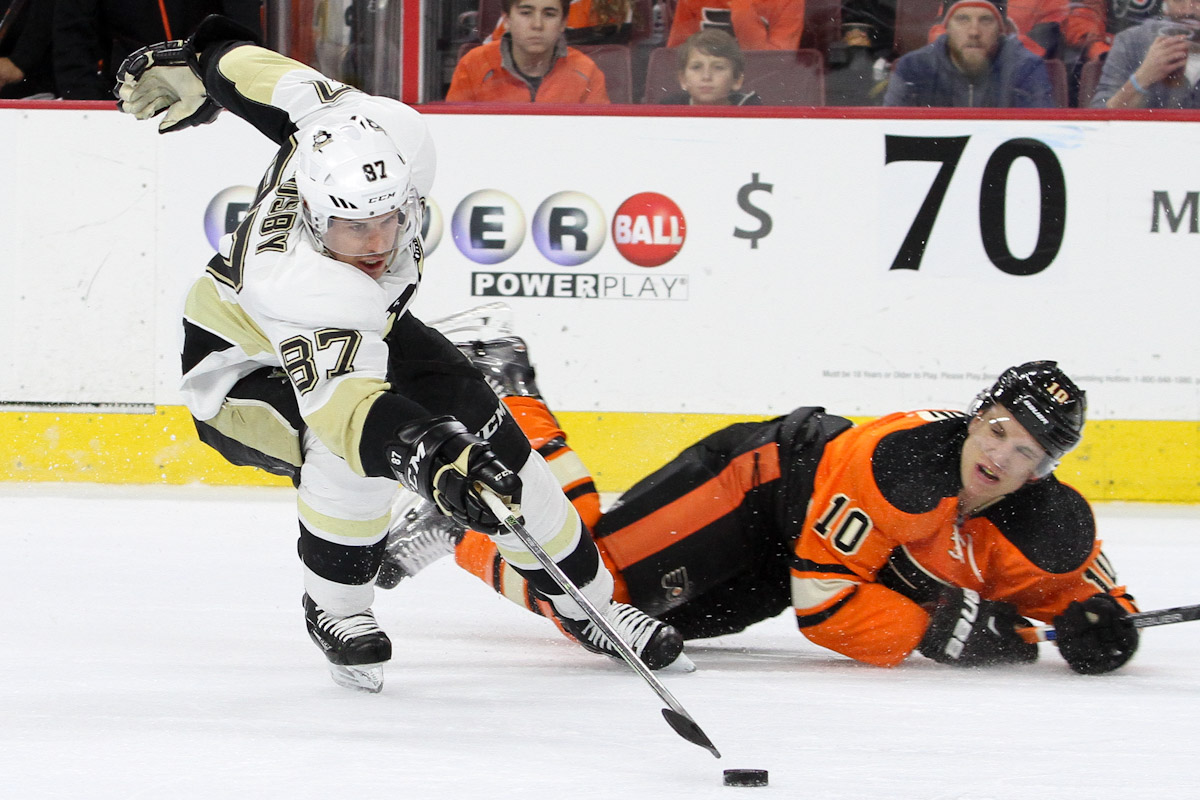 “When you’re handed a group of players, I try to look at it and say, what are our strengths as a group, and how do we play to those strengths so we have a competitive advantage?” Sullivan said at his first press conference. “I don’t think it’s any secret that the Pittsburgh Penguins are built around speed and skill, and so that has to be an element of our identity as far as how we’re going to play.”

Replacing a coach who inexplicably tried to shift his gifted offensive group into a defense-first mentality, Sullivan’s approach was a clear change. And, after months of upward-trending possession, it’s paid off.

The NHL says its Corsi close statistic, which it calls SAT (shot attempts percentage) close, has been a reliable indicator of which teams qualify for the Stanley Cup playoffs. The Penguins are No. 4 in the NHL, with a SAT close percentage of 53.02 percent.

They had to make up a lot of ground to get there.

It’s not a coincidence that old-school, defensive defenseman Rob Scuderi was shipped out to Chicago for puck-moving, speedy rearguard Trevor Daley just two days after Sullivan was hired. A month later, winger David Perron, who says he was mislabeled as an up-and-down forward with speed but prefers to play down low and protect the puck,  went to Anaheim for Carl Hagelin, one of the game’s speediest forwards. At the trade deadline, Pittsburgh picked up speedy, offensive-minded defenseman Justin Schultz.

“Since I’ve been here, we’ve tried to define our identity on what we are as a team. What’s our competitive advantage? How do we win?” Sullivan said, following Sunday’s impressive, 6-2 thrashing of the league-best Washington Capitals, which briefly lifted the Penguins to No. 2 in the Metropolitan Division.

“We think our core guys want to play a fast game. They’re all good skaters – they can move the puck, advance the puck, they see the ice well. So speed in all of its forms – skating, team speed, puck movement, has to be our competitive advantage, and that has to be the foundation of our identity. And I think when we play that way and don’t get deterred from any sort of tactics where we’re trying to play somebody’s game, I think that’s when we’re at our best.”

Indeed, last weekend’s wins over the division-rival Capitals and Philadelphia Flyers, which capped a six-game win streak and 8-3-0 record in March before losing to the New Jersey Devils Thursday, showcased one of the biggest changes in the second-half Penguins. They’ve shown the ability to stick to their speed- and skill-based game, regardless of how their opponent is trying to play.

“What I loved about our team [Sunday] was, you can define toughness a lot of different ways,” Sullivan said. “I strongly believe we have a tough team, because we play through lots of circumstances and we don’t get deterred or distracted from our game. Teams are going to play the way they’re going to play, whatever their identities may be. We just have to be crystal clear on what ours is, and what gives us the best opportunity to win games.”

“We’re not the biggest, strongest team; we’re not going to run around and bang bodies, but we understand that teams will try to do that on us,” forward Matt Cullen said. “As a team, as we head toward the playoffs here, that’s something we talk a lot about – being smart, not getting carried away, making sure we stick to our game.”

Fittingly, the Penguins’ captain has led their turnaround. Sidney Crosby, who got off to the worst start of his career with 19 points (6G, 13A) in Johnston’s 28 games – that was good for No. 80 in the scoring race – is now at No. 3. Since Sullivan arrived, he’s outpaced everyone in the league with 57 points (25G, 32A) and is suddenly in the Hart Trophy conversation.

With the Penguins without their other star center, Evgeni Malkin, until well into the playoffs, Crosby’s return to form couldn’t come at a better time, because the Penguins still have reason for desperation.

Despite their turnaround and current No. 3 Metro standing, the Eastern Conference standings are still tight enough that Pittsburgh is just three points above Philadelphia and Detroit, both jockeying for the final wildcard spot.

“I think it’s just about playing hard every night,” Crosby said. “Obviously everyone has to buy in [to the system] and I think everyone has done that, and even more so when you’re missing guys; the desperation level’s that much higher. Given our situation and fighting for points, it’s just kind of natural for everyone to raise their level.”