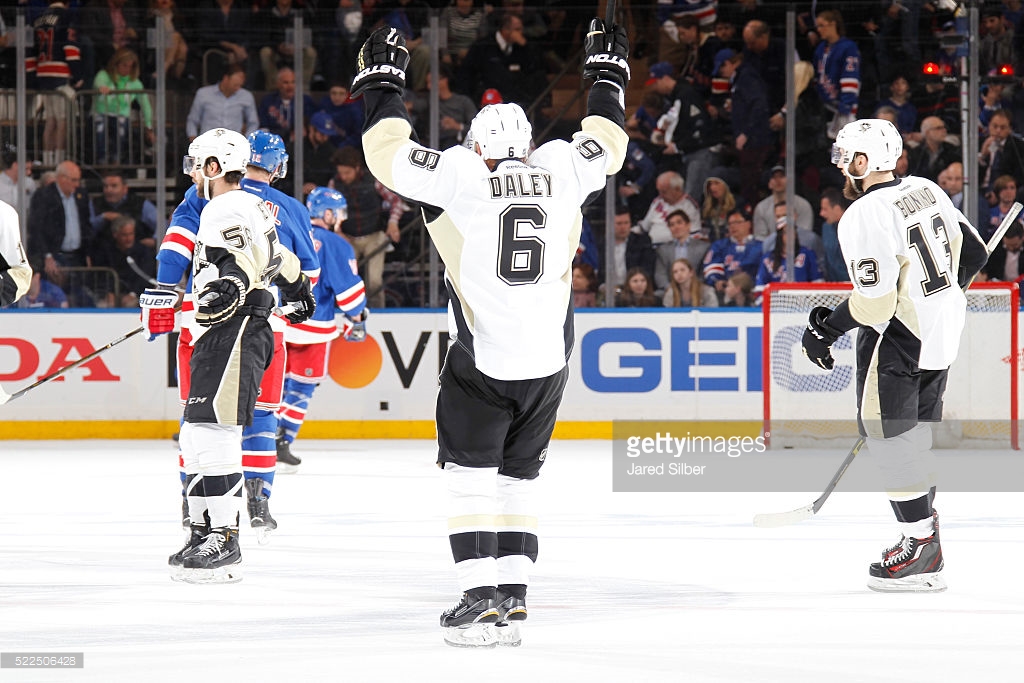 This was supposed to be a pretty even series. On paper it looked as if the New York Rangers and the Pittsburgh Penguins would battle it out, fight for every inch of open space in the first round of the Eastern Conference playoffs.

That has not been the case.

The Pittsburgh Penguins have, so far, proven to be too much for the struggling New York Rangers. And after the Penguins walloped the Blueshirts again Thursday night at Madison Square Garden with a 5-0 road win, the Rangers are now backed into a corner. Saturday is a win-or-go-home situation for the Rangers. Every game, if they manage to stay alive Saturday, will be the same. Will they thrive under the pressure of will they fold?

If Thursday night was any indication of what the Penguins will bring for Game 5 then the Rangers are in trouble. The Penguins will be playing in the Console Center and will have the energy of the home crowd behind them. They will be coming off a game where their stars lit up all-star goaltender Henrik Lundqvist and made him look mediocre. They will also be coming off a game where they scored three, that’s right, three power-play goals. Everything seems to be lining up perfectly for the Penguins, who didn’t look like such a spectacular team in the beginning of the season.

But we are in the playoffs now and how you play during the next few weeks is all that matters.

While the Rangers will say that they aren’t thinking past Game 5 and that they aren’t dwelling on what went wrong in Game 4, you have to think that what happened at MSG will not be easily forgotten. It was an abysmal game. Just plain awful by the Rangers.

They generated no offense and their defense looked like they were playing in a peewee game, not the majors. The Penguins ran circles around the Rangers. Pittsburgh was the team with the jump in their step and, in their play, you saw an eagerness to end this series as soon as possible. That is their goal and they are one game away from achieving it.

The Penguins aggravated the Rangers. They threw around the body and were not afraid to take risks–which ultimately paid off. They fought, they battled, and they came to play.

Honestly, the game was hard to watch. It was as if you were watching a lamb headed to the slaughterhouse and you could do nothing. You wanted to look away, but at the same time you wanted to see how it would all end. And for the Rangers it didn’t end well. It was an utter bloodbath.

It cannot be stressed enough how much special teams plays a role in the success or failure of teams in the playoffs. For the past five games, the Rangers special teams have failed them. Out of the 16 teams in the postseason (well now 15 since Tampa knocked out Detroit), the Rangers are ranked 13th in the power play and 14th in the penalty kill. Compare that to the Penguins, who are ranked fourth on the penalty kill and third on the power play, and it puts Pittsburgh’s success into perspective.

While the end of the road is near for the Rangers, they are the ones in the driver seat. They can put Game 4 behind them and come to play on Saturday like the did in Game 2 or they can continue their downward spiral and exit the playoffs in the first round for the first time since the 2010-11 season.