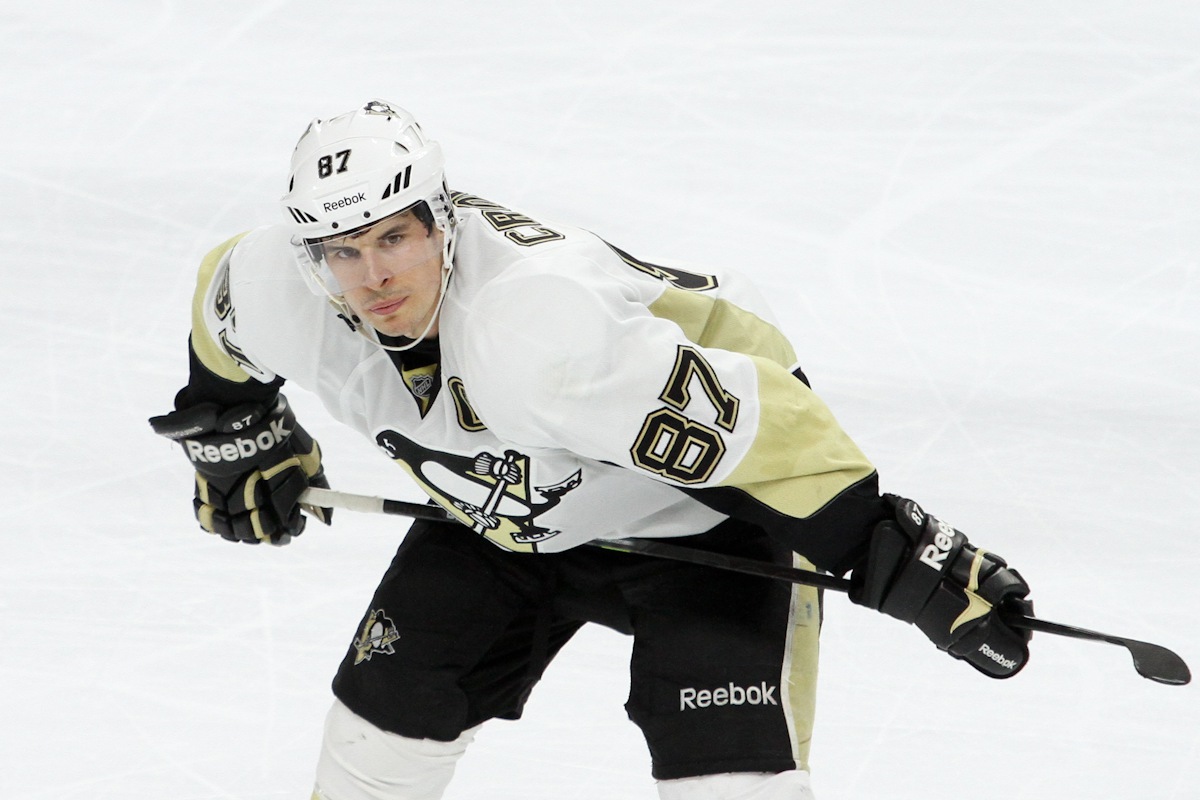 In yet another game where the Pittsburgh Penguins’ power play could’ve made a difference, but instead went 0-for-3 in a 3-2 shootout loss to the L.A. Kings, Mike Johnston lamented the offense that could’ve been.

“You just have to convert on the back-door chance [Phil] Kessel had; those ones have to go in on the power play,” the beleaguered head coach said Friday. “We’re missing some great, grade-A chances that look like they should go in, and we just aren’t converting.”

Those words, in what turned out to be Johnston’s final press conference, were as good a summary as any of the Penguins’ season so far.

After adding Kessel to an impressive-on-paper collection of offensive stars July 1, Pittsburgh has gone on to post the 27th-ranked power play and goals-for in the 30-team NHL. They’ve fallen just out of the playoff picture at No. 9 in the Eastern Conference, a situation General Manager Jim Rutherford found compelling enough to skip out on GM meetings last week to join the team on the road in Colorado.

Writing on the wall

During that trip, the always-candid Rutherford told reporter Josh Yohe of DK on Pittsburgh Sports he and Johnston weren’t on the same page regarding lineup decisions, specifically when it came to 18-year-old forward Daniel Sprong, who made the team out of camp but has seemed to secure a near-permanent spot in the press box of late. “I have been urging the coach to get him in there,” Rutherford told Yohe. “We need him in there so we can get a better look at him.”

Sprong got his spot back Wednesday night in an emotional, 4-2 win over the Avalanche where the Penguins played for their coach – whom Rutherford essentially put on notice with further comments about the need to “change things up” as the team had “definitely underachieved” – and for teammate Pascal Dupuis, whose blood clot condition finally forced him to retire Tuesday at age 36.

But, even after the team battled late in regulation Friday to force overtime and a shootout against the Kings, Rutherford decided he had seen enough. Ironically, it might have been those two scrappy outings that strengthened the GM’s feelings that the team could achieve more under different leadership.

“The Pittsburgh Penguins have made a coaching change,” Rutherford said Saturday morning. “I want to thank Mike Johnston for his contribution to this team. He’s a very smart and good hockey guy. And I’d also like to thank [departing assistant coach] Gary Agnew. But I felt, with where we are right now and how we’ve played over the first part of the season, this team has more to give. We have some areas where we have to be a lot better. We have to have more will to win. Our power play has to be better.

“Over the last couple of games, I saw a team that did have more fight in their game and did have more will to win. But I looked at this snapshot over the first [28] games and felt that we’ve underachieved.”

Incoming head coach Mike Sullivan, 47, guided the Wilkes-Barre/Scranton Penguins to an 18-5 record this season, first in their division, while playing a style that produced the AHL’s third-best offense. That should come as music to the ears of players like Crosby and Kessel, whose 19 and 17 points over the first 28 games are well below the expectations of the organization, the fans and themselves.

“I recognize the game of hockey isn’t what it was 10, 20 years ago where you have teams dominating games and winning games on a regular basis by three, four or five goals,” Rutherford said. “The game has changed; there’s more parity, it’s a lot tighter. But, with that being said, I do expect more production out of some guys.”

The GM also believes that, although the majority of his players liked and respected Johnston, Sullivan, a longtime NHL player with head and assistant coaching experience in the league, has the personality to demand more from his club.

“I believe he’s the guy who can come in and really take control, and really make some guys more accountable when we’re not performing at the level we think we should be,” Rutherford said. “In some ways – I hate to do this but it’s in my head now, so I’ll [say] it – he reminds me of a coach I had a lot of success with, Peter Laviolette.”

“I’ve always had just an honest, straightforward approach,” Sullivan said. “I hope I can inspire these guys to play a certain way. My hope is that we can work together to try to create a consistent game plan, and the only way I know how to do it is through an honest, candid assessment of where we’re at and where we need to go. I hope that resonates with the players.”

‘Part of an identity is a mindset’

Sullivan helmed his first practice Sunday, with an emphasis on breakouts. Johnston’s system also tried to generate offense from that transition, something for which Rutherford took some responsibility as the Penguins’ defensive corps struggled.

“I think it’s an important aspect to being a good team,” Sullivan said. “I think it’s important that you try to come out of your end zone as clean as you can and as efficient as you can. Preferably, we’d like to come out with the puck, so we’re going to try to implement some schemes to try to help us do that. It’ll be something we’ll work on consistently, and we’ll try to create a competitive advantage with it.”

“When you’re handed a group of players, I try to look at it and say, what are our strengths as a group, and how do we play to those strengths so we have a competitive advantage? I don’t think it’s any secret that the Pittsburgh Penguins are built around speed and skill, and so that has to be an element of our identity as far as how we’re going to play.

“But, for me, it doesn’t stop there. I think part of an identity is a mindset. It’s a team that’s difficult to play against, and how do you create that? It’s a team that doesn’t defeat itself by a lack of discipline, structure or commitment. There’s a lot that goes into an identity above and beyond a style of play, and that’s my challenge.”

As for line combinations and defensive pairings, Sullivan said, everything is up for consideration.

“I spoke with the coaching staff [assistants Rick Tocchet and Jacques Martin] this morning and got their input. I’m not sure what I’m going to do [Monday against the Washington Capitals], but … I’d like to get a little bit closer to it myself so I can get an assessment of what the line combinations look like, what kind of chemistry is there and if there is a need to try to tweak things.

“I’m looking forward to the opportunity to start playing games so I can see for myself and get a firsthand view of how this team is playing.”

Sullivan said he met with his players prior to practice to share his philosophy as a coach.

“I’m a firm believer that the players have to take ownership for their team. I believe it’s their team; it’s not mine. It’s our job to help them and challenge them to reach their potentials. I’ve got a ton of respect for the players that are in that room and what they’ve accomplished. I think we have a chance to be a great team. But we’ve got to show that through our actions.”