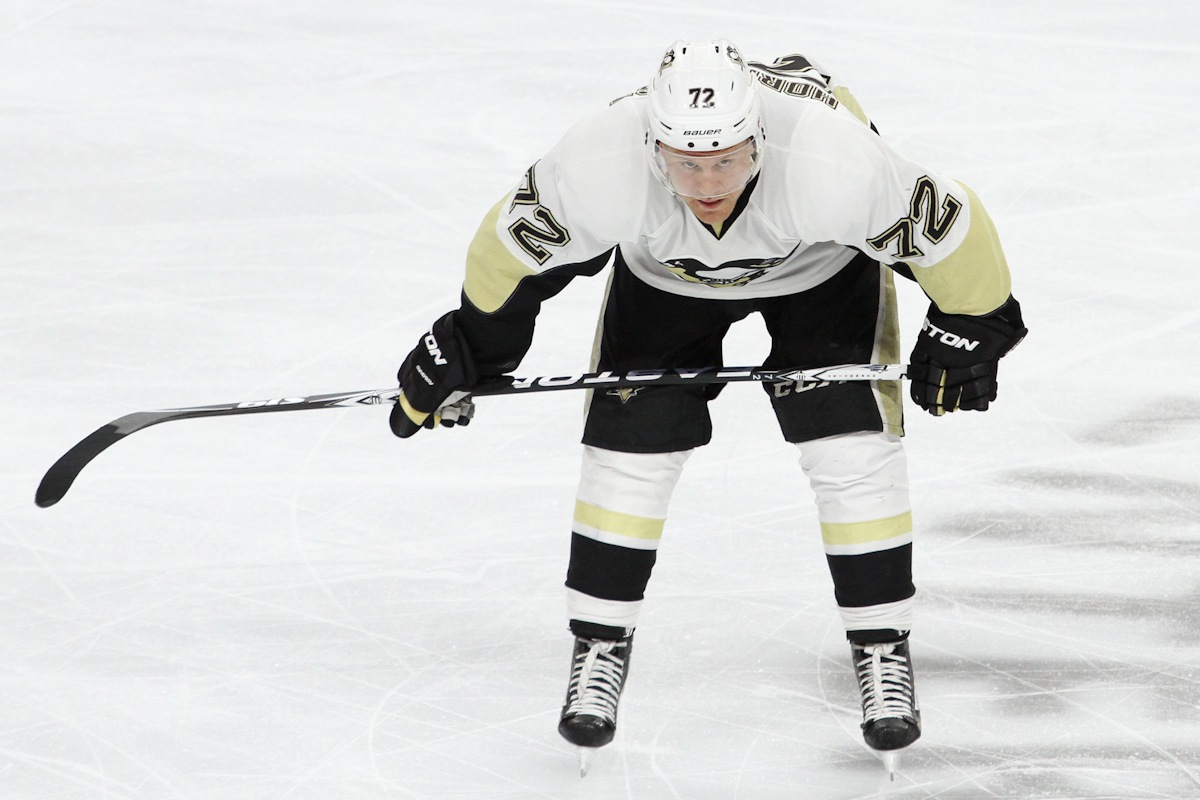 With three games remaining in the regular season, this wasn’t where the Pittsburgh Penguins expected to be.

Instead of sitting comfortably in one of the top few spots in their division, playoff spot clinched, fine-tuning their game for a run at the Stanley Cup, the Penguins find themselves with a 3-6-1 record in their past 10 games, holding onto a wildcard spot, fighting for the chance to even compete in the NHL postseason.

They’ll face one of the challengers for their spot, the surprising Ottawa Senators, Tuesday, with the opportunity to clinch a playoff berth with a regulation win.

“We have a fairly veteran group; most of the guys have been through this before,” said head coach Mike Johnston. “A lot of the Pittsburgh guys haven’t in the last couple years, because they’ve been in the playoffs ahead of time and looking forward to the playoffs right now. But, for 12 teams on either side of the league, in both conferences right now, everybody’s on edge waiting to get in the playoffs.

To the Penguins’ credit, their 4-1 loss Sunday in Philadelphia was a valiant attempt at righting the ship. They put 47 shots on net – and attempted 36 more – but only Brandon Sutter’s first-period power-play goal found its way past Flyers netminder Steve Mason as Pittsburgh continued to struggle with burying its scoring opportunities. In one visible display of frustration, star center Evgeni Malkin, returning from injury to try to help the team, fought with winger Blake Comeau on the bench after Comeau fanned on one too many of Malkin’s attempts to set him up.

Despite the result, the team was encouraged after turning in the kind of 60-minute effort that might have made a difference in other recent contests.

“[When you] generate 40-something shots and create the chances we did, I think you’re pretty happy with the way you competed – and that’s what makes the other ones hurt, when you don’t play 60 minutes and you don’t give yourself a chance,” said captain Sidney Crosby. “When you’ve had a couple games where you slipped up and didn’t find a way to get it done today, it’s frustrating. But, if we get that many shots a game, that many chances … it’s a matter of being consistent and doing that every night.”

“The score doesn’t indicate the way the game was played,” said defenseman Rob Scuderi. “Losing sucks no matter what but, if you think your team plays close to their potential, then at least you can understand it. I thought Mason was unbelievable today and that was the difference in the game. But I’d rather have us play well and lose and keep that consistent attitude and know that, if we play that way over the next three games, we’ll get our share of wins.”

One real reason for the Penguins’ struggles is that the injury merry-go-round that has defined their season hasn’t let up, claiming important offensive players such as Malkin and Patric Hornqvist for an extended period, and important defensive players – particularly in a system that relies on a fast transition from defense to offense – like Kris Letang (concussion) and Christian Ehrhoff (upper body).  Neither of the latter has an ETA to return; Ehrhoff is skating, but Letang has yet to resume even off-ice workouts.

Because the Penguins played a skater short last Wednesday versus Philadelphia, they were able to recall an emergency player – defenseman Taylor Chorney – for Saturday’s game against Columbus. When forward Steve Downie sustained a minor injury in that game, they were able to keep Chorney in Sunday for the rematch with the Flyers, lightening the load of the five blueliners who had been carrying extra minutes in a number of recent games.

“I think it all started in the Boston game,” Johnston said, referring to a 2-0 loss March 14 that started a four-game losing skid. “We lost Sid before the game, we lost Geno [Malkin] in the game, we lost Hornqvist in the game. The injuries started to impact our team. I remember heading into that game thinking, ‘We’re only four points out of first place; we’re within striking distance.’ And then, all of a sudden, the injury bug seemed to hit our key players, and then it was some inconsistency in our play.”

If the Penguins can find 60 minutes of consistency Tuesday night in Ottawa, they may be able to stop worrying about the possibility of missing the playoffs for the first time since 2006 and shift their focus to the fine-tuning they expected to be doing by now, with whatever healthy lineup is available to them.

“I think, in the last 11-12 games, it’s been different [problems],” Johnston said. “For me, it hasn’t been a consistent trend; it’s been a little bit of inconsistency both in our play and in things that are leading to losses. It’s a matter of making sure we find out what the most important things are that we need to address, take care of them, and then start to move forward each game.”