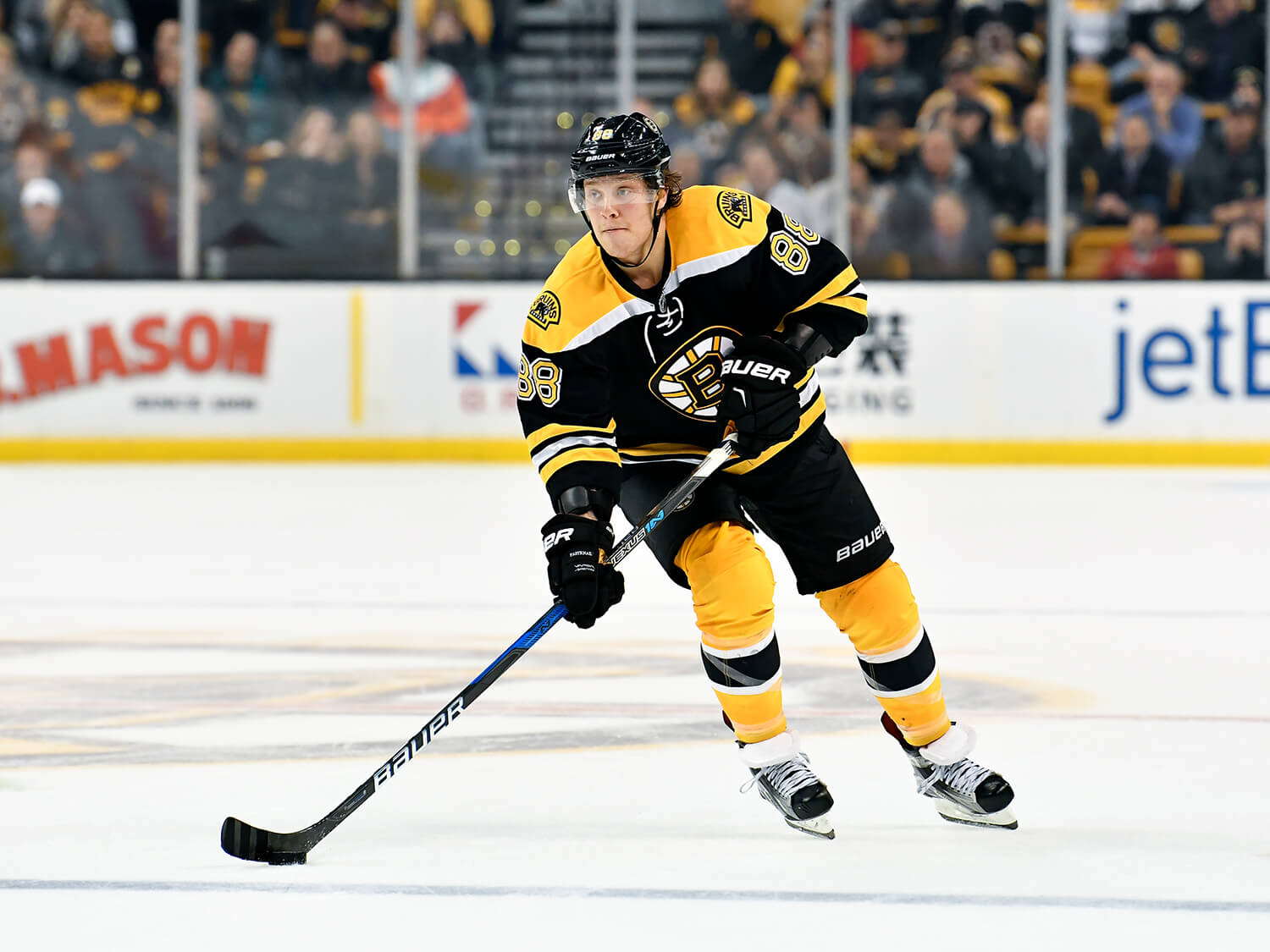 BOSTON – For the first time since early November, the Boston Bruins have been a model of consistency.

With 16 total games on the schedule for the month of December, accumulating points against “beatable” opponents will be necessary for Boston during this stretch. Knowing this, the B’s secured points in all four games that they skated in last week. Most impressively, they have been doing it without their full complement of players as injuries and bad luck have contributed to an undermanned roster. In hopes of trying to move up the Atlantic Division standings, it is imperative that this team puts forth a solid effort each and every night.

Speaking of which, the Bruins hosted the Florida Panthers on Monday night in a divisional clash. The Bruins knocked off the Panthers in their only previous meeting this season.

Much like the Bruins, Florida has been hovering around the .500 mark all season long. The big difference here is that the Panthers recently parted ways with their head coach. Coming off one of the most successful seasons in franchise history, it looked like the Panthers were going to get some stability behind the bench. As it turned out, we were all wrong about that.

This game was going to be a test for both teams to see which one would overcome their respective adverse state.

In the goaltending matchup, Tuukka Rask opposed Roberto Luongo. Two of the league’s best netminders doing battle in what shaped up to be a thrilling game. Also, Zdeno Chara returned to the lineup after recovering from a lower-body injury. Slowly but surely, reinforcements are coming.

“I thought he played okay,” said head coach Claude Julien regarding the captain’s return to game action. “It was his first game back and he assumes a lot of responsibility back there, so he definitely showed us some good things.”

In the first period, the Bruins owned every inch of the ice and controlled all three zones. The B’s racked up several solid scoring chances, but Luongo shut the door on the first 12 shots and both power play chances in the first 18 minutes. This was one of those periods in which a team can look back and say that they did all of the little things right, including putting the puck in the net. Tim Schaller got the Bruins on the board first after blasting home his fourth goal of the season off a smooth dish from David Krejci.

“I won a good battle to get the puck to the net and I was able to get open for the look,” said Schaller. “I do not think my game has changed too much since playing with my new linemates, so I just go out there and try to play the same way every night.”

To start the second period, Florida began to work the swarming forecheck in order to make the Bruins fight for every inch of the ice. The B’s still were able to push through and dominate possession in the offensive zone. However, an extended shift and a missed assignment in their own zone cost them the lead. Jaromir Jagr popped in the loose puck for his fifth goal of the season.

Boston got the goal back off the stick of David Pastrnak, his 14th tally of the season. That seemed to deflate the hard-fought momentum built up by the Panthers at that point in the game. The B’s held a 2-1 lead and a 26-19 shot advantage after the first 40 minutes.

In the third period, we had a stalemate until Aleksander Barkov beat Rask from the high slot as he ripped the shot right past his glove. With possession being traded back and forth between the two sides, it was just a matter of time before the next goal was scored. That distinction went to the home team as David Backes tipped home a Ryan Spooner shot from the top of the zone.

After Florida tied the game with the extra attacker on, Pastrnak dangled the puck around the pressuring defender to roof the game winner in overtime. The Bruins ended up winning the game by a final score of 4-3 to collect the full two points.

“That was a great way for us to finish,” said Julien. “Pastrnak has been our best forward thus far. He is really coming into his own and growing into the player that everyone expected.”

At the Bruins end of the ice, their netminder did the job. Rask finished the night with 27 saves. The B’s are now 15-10-1 on the year.

“We just try to play the same way wherever we play,” said Rask. “We obviously have had some success on the road and the biggest thing for us is to go to work in tight games. Nothing comes easy but we stuck with it and got rewarded at the end of this one.”

The Bruins will play their next game on the road this Wednesday night against the Washington Capitals.

Side Notes…John-Michael Liles remains out indefinitely after he sustained a concussion on Nov. 27 against Tampa Bay…Matt Beleskey (knee) was out of the lineup for this game and will miss approximately six weeks…Anton Blidh was recalled from Providence last week for the first time in his career…Adam McQuaid is still in search of his first point of the season…The Bruins ended Monday night carrying their longest point streak of the season at five games with a 4-0-1 record in that span.