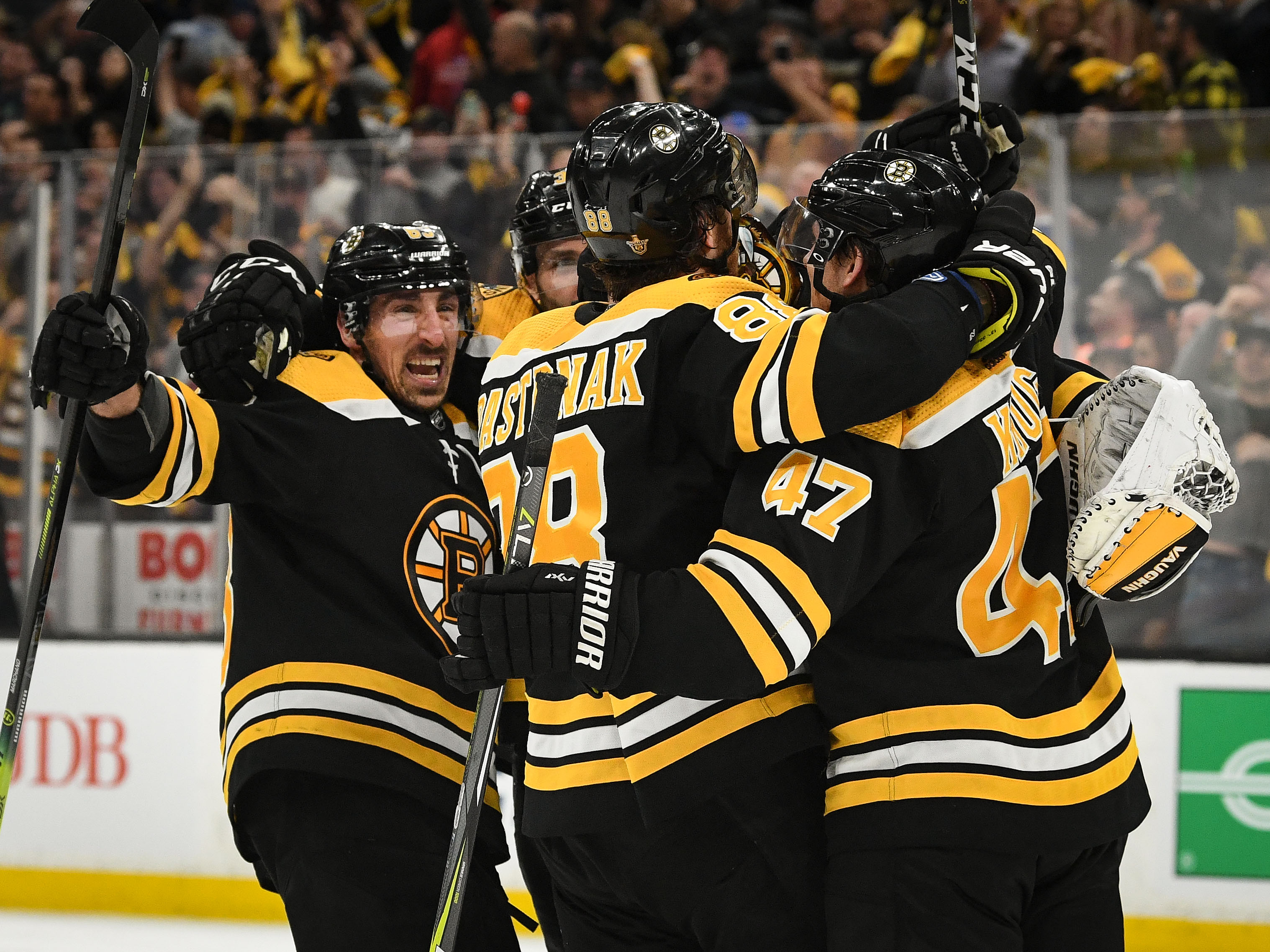 It was obvious how desperately the Bruins needed a win.

After losing three straight games, including a 1-0 heartbreaker to Chicago and a 5-1 thrashing in Pittsburgh, the immediate playoff future of the team was, and is, hanging in the balance.

For one night at least, that can be put off, just a little bit.

David Pastrnak snapped a 17 game scoreless streak with an overtime game winner in a contest where the Bruins surrendered an early lead. Brad Marchand scored the game tying goal to make it 3-3 late in the third period, and it was as much emotion on the ice as anyone has shown in a while.

‘‘It was just a matter of time,’’ Bruins head coach Claude Julien said. ‘‘It’s been a while and I think that he has been feeling the pressure and hopefully that’s a step in the right direction for him.’’

The goal was Pastrnak’s 20th, and he surpassed Marchand’s total of 19, a mark he hit in his two-goal contest Tuesday night.

“Pasta’s been an important player for us all year and hopefully we can get him going again scoring-wise,” defenseman Torey Krug said. “I know he’s been showing up, getting some assists here and there, but for him to get this swagger back, that’s a big goal.”

The Bruins are currently not in a playoff position after wavering for some time, and it appeared to have peaked on Friday night against Chicago when Marian Hossa scored with just over a minute left in the game. The status quo remained, and when Boston fell in Pittsburgh, it seemed like a loss to Detroit would reach another breaking point.

That’s what made Pastrnak’s goal so important.

“Sometimes as a young player, you look at those things too much instead of focusing on your game,” said Krug. “He’s an important player for our team. We needed him to get that one, not only for a big win but looking forward into the future.”

Right before the game was sent into overtime, goalie Tuukka Rask made a breakaway save on Darren Heim to keep the contest deadlocked. The save came after allowing a goal he may have wanted back that had given the Red Wings their 3-2 lead.

“You just try to stay as sharp as possible, but you look at it in the first period; you’re standing there for 15 minutes and don’t get a shot, and then all the sudden it’s a breakaway,” Rask said. “It’s not the ideal situation, and then today again it seemed like every shot pretty much was a scoring chance again, and you just have to battle and find that battle element to your game and really try to stay sharp.”

It may have been a shaky start, but it was the heroics at the end, for Pastrank and Rask, that leaves the Bruins alive for another day.

“That’s something we need right now, we need every break we can get,” Julien said. “You know, that third goal, or second one, that trickled through him, he paid us back in many ways after that in many ways with timely saves.”